Does Colin Hansen have a crystal ball? Does Jim Flaherty read tea leaves? Is there some mystical time-travelling portal located in either Victoria or Ottawa? 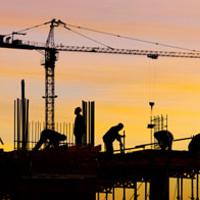 How Did BC's Economy Get This Bad?

No? Then why do finance ministers stand up in public on a regular basis and predict the future? And why do we denounce them when they fail?

A government budget isn't just a policy statement. It's also an estimate of how well different sectors of the economy will perform in the coming year, how much wages will rise, how much natural resources will be worth, how many residents will require social support, and how much new programs or tax credits will be used.

The public service is stocked with economists and statisticians whose job it is to predict those numbers. All things considered, they are pretty good at it. But it's an inexact science, and it's time to admit it.

What I want to see in 2010 is a government that presents a budget that actually acknowledges its uncertain foundation, and then outlines what the government intends to do if things turn out better or worse than expected. Instead of giving us crisp, exact and sure-to-be-wrong numbers, give us a confidence interval -- a range of possible values, and a statement of how certain you are that the true outcome won't go outside that range.

If there has ever been a good time to get politicians to admit that they are imperfect, this is the year. After a year in which budget predictions have been revised every few months, it is clear that any prediction is at best an educated guess.

The ministers that made those predictions end up looking like either fools or frauds for not acknowledging the economy's problems, but would it be better if they had been overly pessimistic, and were now saying that things aren't so bad after all? Or would they be criticized for fear mongering and trying to manufacture good news?

Perfection is impossible. But reliable, transparent budgets don't have to be.

The need to incorporate uncertainty into government budgets was highlighted in a report presented to B.C. Finance Minister Hansen this September from a panel of business and accounting experts. Ten years after the 1999 Budget Review Process Panel, chaired by Douglas Enns, recommended a series of sweeping changes to the way B.C. accounts for public money, the panel was reconvened to provide a progress report and identify new areas for improvement.

The new panel, once again chaired by Enns, was for the most part encouraged by the events of the past 10 years. The Budget Transparency and Accountability Act of 2000 implemented most of the recommendations from 1999 (including the requirement for the 10th-anniversary review). The new panel concluded that there had been "substantial progress" in the budget process over the past 10 years, but still found areas that needed work.

The panel recommended that provincial budgets be required by law to include a risk assessment, and a discussion of how risk has been incorporated in the assumptions and provisions of the budget.

The panel's report is sharply critical of the decision in this past February's budget -- during what they call "a particularly risky time" -- to drop the use of the one budgetary measure that explicitly deals with the uncertainty in the budgets predictions.

Since 1996, B.C. budgets have included a "forecast allowance" of extra budget room for contingencies, usually between one and two per cent of the government's expected total revenue. In 2009, no allowance was included until September, when the government admitted in an economic update that the deficit was nearly six times what had been promised in the February budget.

The legislature must approve an exact amount of money for the government to spend on public service departmental budgets. But nice, crisp numbers are harder to come up with when you're talking about services that the government provides based on need -- like fighting forest fires, or paying welfare. And precise numbers don't work at all for estimating tax revenue, which varies with economic factors beyond the government's control.

Academics who make economic predictions will almost invariably include some sort of wiggle room -- a confidence interval or margin of error. Even public service forecasters like the American Congressional Budget Office makes predictions of economic action as a "fan of uncertainty," in which more- and less-probable outcomes spread out as one looks farther into the future.

Show us the odds

What if those sorts of calculations were included in the budget?

Once a government admits that more than one outcome is possible, it would naturally lead to questions about what the government would do in one situation versus another, opening up broad new avenues for accountability and transparency. If there is a surplus of revenue, will they cut taxes, increase spending, or pay down the debt? If there is a deficit, will they borrow funds or cut programs? How will next year's budget be adjusted to compensate?

After all, that's what budgets are for. To tell the public -- and their representatives in the legislature -- what the government plans on doing with public money.