[Editor's note: Two years ago Tyee reporter Monte Paulsen published an article about a $5,136 donation to the Non-Partisan Association (NPA), the political party of Vancouver Mayor Sam Sullivan, by the Nanitch Policy Society, which Paulsen described as "a shadowy non-profit directed by. . . Sullivan." Paulsen, who sought comment at the time from Sullivan but was unsuccessful, wrote that Nanitch raised the issue of the need for more transparency in municipal election campaign fundraising. The stories led to rival politicians' calls for an investigation, but Community Services Minster Ida Chong ruled there was insufficient evidence of wrongdoing to launch a probe. Ex-mayor Sullivan now has asked The Tyee to publish his follow-up clarification, below.]

Since becoming a regular citizen I have learned there are several Tyee articles that require some clarification. As a long-time supporter of the Tyee and someone who made a small effort to support its start up I believe it is important for you to have the correct information. Either I or my staff obviously did not give enough attention to an interview request by your reporter at the time. Hey, I was the mayor and I was busy. With a little more time on my hands now, it is better late than never. 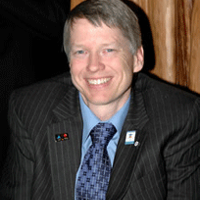 Several of your readers commented on the value of my charity work without full information. They may be interested to know that the Sam Sullivan Disability Foundation has raised $20 million for six charities that have provided services to 10,000 people with significant disabilities. I started these charities after becoming a quadriplegic when I was living in social housing and on welfare. I have a drawer full of awards for the work I did including the Order of Canada. For a more meaningful reference your commenters could ask a significantly disabled person they know if they have ever turned to an organization to go sailing, hiking, play music, garden, go gliding, get a custom-made assistive device or flexible part-time work while on welfare. If so, there is a good chance they have done so through these efforts.

The Tyee suggested that the Nanitch Policy Society improperly gave money to the NPA. The Nanitch Policy Society was never a registered charity. It was created under the same provisions as a local sports team, service club or professional association. Vision Vancouver, COPE and the NPA are also registered in this way. It was meant to influence government policy and thus was kept rigorously distinct and apart from the charitable organizations I formed.

I have spent my life doing volunteer work for numerous organizations. Nanitch was just one of them. As is common with volunteers, anyone wanting to contact me could do so where I work through my secretary Betty who I paid personally to handle such extra duties. I have always been careful to keep any advocacy and political activities completely separate from my charitable work. Shortly after Nanitch was formed some board members resigned. Some of the people you interviewed had been off the board for years when they were asked the questions for your article.

As an example of some of the activities of Nanitch, we became aware that there were no after hours wheelchair repair service in the city of Vancouver. When we checked into it we found that medical supply companies were obligated by their provincial government contracts to provide such services. Because of the pressure put on the government by Nanitch, today all people with disabilities do not have to worry that a wheelchair malfunction on Friday evening will mean a weekend in bed waiting for service on Monday morning.

In 2006 the Cope/Vision Council of the day announced they would unilaterally impose the ward system on Vancouver without a referendum. I needed to quickly find a vehicle to challenge this heavy-handed undemocratic action. I presented to the Nanitch board evidence that the six disabled municipal politicians in Canada had all been elected under non-ward systems. Not one disabled person had been able to get elected under a ward system. I also argued that the ward system facilitated parochialism and NIMBY-ism. In countless cities, the ward system had been used to prevent densification and social housing. The board agreed that this issue qualified under the mandate of Nanitch and that I should be empowered to stop the ward system from coming to Vancouver.

At the time almost no one believed the battle against wards was winnable. I would have to raise at least a couple hundred thousand dollars and recruit and motivate many volunteers from extremely diverse communities. And I would have to do so while fulfilling my obligations as city councilor and executive director of six charities. Fortunately things went well and we won. I began plans to have a volunteer recognition event. Some of the volunteers realized I would probably ask them to organize the event and suggested that instead we purchase tickets to the upcoming NPA annual dinner. This I did. We all sat together and had a great time. There was no effort to secretly give money to the NPA.

Having organized many fund-raising dinners for charity groups I know that less than half the money actually goes to the organization. Most of it is taken up in the cost of the dinner and the organization of it. Buying tickets to an annual dinner is actually not a good way to give money to an organization. As I had personally contributed more than $5,000 to the effort in retrospect I could have simply written the cheque myself and there would be no story.

I hope this clarification is helpful.