British Columbia will be the first jurisdiction in Canada to decriminalize possession of small amounts of drugs like heroin, fentanyl, cocaine, methamphetamine and MDMA in an effort to save lives amid the province’s escalating toxic drug crisis.

Adults over 18 in B.C. will be able to carry up to a combined 2.5 grams of these substances without arrest, charge or seizure of the drugs by law enforcement, according to an exemption from federal drug laws granted by Health Canada today.

But people who use drugs, advocates and public health experts say the threshold is too low and doesn’t reflect current use patterns which have changed with the increasingly toxic drug supply.

The goal of decriminalization is to reduce the harms of arrest and drug seizure on individual users, officials said, and to reduce the stigma around substance use that prevents people from seeking health care or accessing adequate housing and employment.

Decriminalization is not legalization. The drugs themselves remain illegal and selling, importing, exporting and trafficking substances is still subject to arrest and charges.

“Today we take the first steps in a much needed bold action and significant policy change,” said federal Minister of Mental Health and Addictions Carolyn Bennett from Vancouver.

“It must be seen as one additional tool to be used in response to the overdose crisis.”

It excludes adults on the premises of schools and child-care facilities, in airports, aboard Canadian Coast Guard vessels and helicopters, and anyone in a vehicle operated by a minor whether it is moving or not. Like alcohol, substances must be safely stored out of reach of an adult driver of a vehicle for the exemption to apply.

The exemption will be rigorously monitored and amended as needed, Bennett and provincial counterpart Minister Sheila Malcolmson said today.

“In the short term, decriminalization will stop seizures and arrests and connect people with services and supports,” said Malcolmson, noting that reducing stigma will be a long-term goal.

Fear of arrest and of losing employment, housing or custody of children often prevents people who use drugs from accessing harm reduction and health supports, or from telling family and friends about their substance use.

The stigma criminalization creates directly contributes to the unprecedented number of deaths B.C. has seen as the drug supply has only become more toxic.

More than 80 per cent of the 9,364 people who have died of toxic drug poisonings in B.C. since April 2016 were using alone, according to data from the Coroners Service.

“This is a philosophical approach that supports people who are using drugs… and trying to not get them into a cycle that causes harm,” said provincial health officer Dr. Bonnie Henry, who first advocated B.C. decriminalize personal possession of small amounts of drugs in 2019.

The granted exemption unveiled today represents a flawed but significant development in the province’s response to the toxic drug crisis, according to organizers and public health experts.

British Columbia had requested a threshold of 4.5 grams in its November decriminalization submission to Health Canada.

Advocates who advised the province say they pushed for a higher threshold that would apply separately to each type of drug carried by an individual, but law enforcement was vehemently against it.

Now, people who use drugs, public health experts and advocates say the 2.5-gram threshold is far too small to decriminalize people who use often, buy hits in bulk due to mobility issues or who might sell small quantities to fund their own use.

“People think of this policy as in grams… I think of human beings, I think of all the people I know who have bigger habits than that and are still being criminalized,” said Garth Mullins, a board member of the Vancouver Area Network of Drug Users who sat on the B.C. Core Planning Table to advise on the submission.

“The fewer people you decriminalize, the less efficacious it will be.”

The low threshold raises concerns that the drug supply will adjust to it, and that people will interact with the unregulated market more often to purchase smaller amounts.

“Any step forward is something positive. But we really have strongly always believed in decriminalization for all. And this is not for all,” said Caitlin Shane, staff lawyer for drug policy at Pivot Legal Society in Vancouver.

And the exemption grants a lot of power to police to determine what is and isn’t personal use, Shane noted. 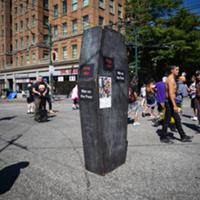 BC Fails to Slow Rising Deaths from Toxic Drugs

The Tyee previously reported that drug seizures continued at the same rate even after the Vancouver Police Department said it would not arrest people for simple possession.

This is particularly an issue for Black, Indigenous and other racialized, marginalized and low-income people, an April letter signed by VANDU, Pivot and more than 20 other drug policy advocacy and research organizations cautioned.

“A 2.5-grams threshold flies in the face of your governments’ commitment to evidence-based drug policy, anti-racism, and reconciliation with Indigenous communities,” the organizations wrote.

“It disregards the recommendations put forward by B.C.’s Core Planning Table and caters to the unsubstantiated, stigma-based requests of police.”

When asked about the low threshold, Bennett and Malcolmson said it balanced public safety and responding to the public health emergency.

There is little research on the efficacy of thresholds but officials said law enforcement data indicated about 80 per cent of drug seizures were for less than 2.5 grams. 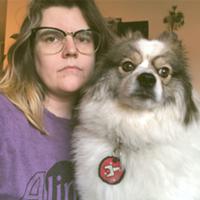 How the Toxic Drug Crisis Looks from the Frontlines

“We’re going to start by starting,” said Bennett, noting the efficacy of decriminalization will be evaluated independently.

While decriminalization is a good start, Mullins said it must also be accompanied by safe, regulated supplies of substances to separate people from the toxic drug supply all together.

Henry and Vancouver Mayor Kennedy Stewart echoed his call for safe supply earlier in the day.

As long as the market remains unregulated, it will continue to change and become more potent, Mullins said.

“We’ve got to legalize these substances, it’s the fact that they’re banned that makes them so dangerous,” he added.

“I feel a little happy today, but I also feel a bit exhausted thinking about the fight ahead.”