In March 2017, Samona Marsh was wondering how much time she would serve for a drug conviction and organizing a funeral for her father, who had died of a fentanyl overdose.

A few months later, Marsh was sentenced to 90 days in jail for possession of drugs for the purposes of trafficking. The judge said she could serve her sentence on weekends. For almost a year, a friend drove Marsh from Vancouver to the Alouette Correctional Centre for Women in Maple Ridge every Friday. On Sunday, she’d get a ride to a bus stop from a fellow inmate who was also serving time on weekends.

But Marsh says she shouldn’t have been in jail.

She and a friend were sitting outside the Vancouver Area Network of Drug Users on East Hastings Street on May 19, 2015, a warm spring day, when police showed up. She had $100 worth of crack cocaine for personal use, March said.

“I don’t know what we were doing — probably something we weren’t supposed to be doing, like getting high. They said they saw us do a hand-to-hand transaction, which is not true,” Marsh said.

“And they said, ‘I seen her put something in her bra,’ and then they found my dope, that little box, and charged us then.”

Thousands of seizures of small amounts of drugs

Vancouver Police Department Chief Adam Palmer has said — repeatedly — that the department does not arrest anyone for simple possession of drugs. Palmer has urged other Canadian police chiefs to lobby for the decriminalization of drug possession.

But Downtown Eastside residents and advocates say that’s not true. Despite Palmer’s public stance, the reality on the ground is that while police officers may not arrest people for drug possession, they frequently stop them and confiscate small amounts of drugs, often without charging them with any crime.

Which leaves people with hard choices — buy more drugs in the midst of withdrawal? Commit crimes to find money to replace the drugs taken by police?

A freedom of information request submitted by Karen Ward, a Downtown Eastside community advocate, revealed that between 2017 and 2020 police officers confiscated small amounts of drugs thousands of times.

Marsh says the amount of cocaine she was charged with was around one gram, which she was carrying in two pieces but planned to smoke gradually.

She said police are “not lying” when they say they no longer charge people with possession.

Simi Heer, director of public affairs with the Vancouver Police Department, said the smaller drug seizures are often happening when officers arrest someone for another offence but find drugs on them.

The police also seize drugs found when someone dies of an overdose, and “smaller amounts of drugs are also often seized from drug traffickers selling on the street,” Heer said.

Heer said prescription drugs are seized when police observe them being trafficked or when they’re found on someone during a search and the name on the prescription doesn’t match the person’s identification.

The drug seizure data shows police confiscating not only prescription opioids like Dilaudid, but prescribed anti-anxiety and anti-psychotic medications, as well as drugs used to treat conditions like HIV and heart problems.

Sgt. Aaron Roed, a media liaison officer with the VPD, said police officers “have a broad range of discretion when dealing with psychoactive substance use and possession.”

Police can choose just to seize the substance or charge people, although Roed said that “for the most part VPD officers do not charge for simple possession, and possession charges are usually incidental to an arrest for another substantive criminal offence.”

But Hugh Lampkin, a member of the Vancouver Area Network of Drug Users, said police continue to frequently confiscate small amounts of drugs from people.

“It’s really getting out of hand,” Lampkin told The Tyee during an interview in early September.

“Like in the last week, I would say the people I’ve talked to who have had, money or drugs taken from them is — it’s pretty substantial... This is happening on a daily basis, 24 hours a day.”.

A few years ago, the frequent police confiscations were fuelling violence between dealers and drug users, Lampkin said. People would get drugs “on consignment” from a dealer and pay the dealer back when they’d sold the drugs.

But if police took the drugs, that consignment seller would be left holding the bag, Lampkin said.

“The violence on people like that went through the roof,” Lampkin said. “People were being beaten up, they were getting their hair cut, they were being tossed out the windows, all kinds of things.”

Disputes over drugs and payment lead to violent fights in the neighbourhood, and it’s not getting better, Lampkin said. The COVID-19 pandemic has led to border closures between Canada and the U.S., and that’s made the drug supply more toxic. Prices have also shot up for drugs like cocaine.

“In the last four months down here, we’ve had four or five murders,” he said.

Caitlin Shane, a lawyer with Pivot Legal, said the data matches what she has heard from neighbourhood residents.

“For Deputy Chief [Howard] Chow to say... publicly on Twitter that VPD does not arrest for simple possession — statements like that are at best misleading,” Shane said.

“And at worst they are providing people with a false sense of security that could lead to one’s arrest,” she said. “They’re assuming they’re not going to be arrested, because that’s what the police are saying.”

The gap between the public assurances and what people experience also shows why higher levels of government need to lead the way and develop a “firm policy” of decriminalization, Shane said. She’s urging the City of Vancouver to apply to the federal government for an exemption from enforcing the law covering simple possession.

BC Government Had a Chance to Save More Lives in the Opioid Crisis. It Said No

That approach would be similar the one taken to allow Insite to operate. Insite was Canada’s first legal safe injection site, where drug users could consume drugs with medical help nearby if they overdosed.

B.C. provincial health officer Dr. Bonnie Henry called for decriminalization of drugs for personal use in April 2019. But the B.C. government didn’t act, saying it was a federal responsibility.

But Henry’s report pointed out several steps the province could take without waiting for the federal government. Mike Farnworth, public safety minister, could declare “a public health and harm reduction approach as a provincial priority to guide law enforcement in decriminalizing and de-stigmatizing people who use drugs.”

Cabinet could also create a regulation under the Police Act that “prevents any member of a police force in B.C. from expending resources on the enforcement of simple possession offences,” Henry’s report noted.

The federal government recently introduced new guidelines for drug prosecutions. The guidelines instruct federal prosecutors to prosecute only the most serious drug possession cases that pose a threat to public safety.

But Shane said those guidelines still have too many loopholes.

“It’s always poor and racialized people who don’t see the change because they continue to be targeted and enforced against.” 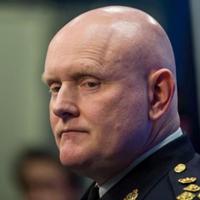 After spending close to a year shuttling back and forth from home to prison, Marsh says her life hasn’t changed. She still works at the Vancouver Area Network of Drug Users, advocating for changes to Canada’s drug policies in the midst of a deadly overdose crisis that is now in its fifth year.

Marsh says she was never interested in going to treatment or stopping her drug use, and today she still uses cocaine and methamphetamine, carefully testing all her drugs before she uses them.

Marsh thinks rookie police officers should have to spend time living in a single-room occupancy hotel in the Downtown Eastside, similar to the way politicians take part in the Welfare Food Challenge to experience how hard it is to live on social assistance.

“See how it truly is, right? I think everyone who works down here should have to go through that,” Marsh said.