A series of Tyee stories about problems at single-room occupancy hotels in Vancouver have sparked a review and regular meetings with union representatives and BC Housing, says the province’s attorney general.

David Eby said he also encourages anyone who has concerns about how the buildings are being run to contact his office and BC Housing.

“We have people who are housed in these SROs who live in parks in the summer because they’re so unlivable, and that’s an unacceptable situation,” said Eby, who is also the minister responsible for housing.

SRO hotels are common throughout downtown Vancouver and house many of the poorest and most vulnerable people in the city. The buildings are often at least a century old and feature small rooms with shared bathrooms and no kitchens.

The Tyee has reported on concerns from both staff and residents of SROs operated by Atira Property Management, a for-profit property management subsidiary of Atira Women’s Resources Society. The buildings have round-the-clock staffing and offer support to keep people housed.

APMI runs 20 SROs in Vancouver — the most challenging type of housing to operate — and pays their workers less than other major housing providers operating in the Downtown Eastside.

Residents have complained buildings are poorly maintained, with frequent floods and sewage backups; one resident said it took months for her window to be replaced after someone broke into her room and assaulted her.

Others described a horrific rat infestation and frequent skin infections.

Workers told The Tyee they are constantly placed in unsafe situations because they are working alone or because their co-workers are under the influence of drugs and can’t help them handle violent or dangerous situations.

They said they and their co-workers are poorly trained, and it’s common for staff to verbally abuse tenants. Most of the tenants in the buildings use drugs, many struggle with serious mental illness, and both drug dealing and violent disputes are common.

There have been four homicides in APMI-operated SROs in the past 18 months, the only murders to have occurred in supportive housing in Vancouver during that period. Three of the incidents took place in buildings owned by the province, while one happened in a privately owned building that houses residents from BC Housing waitlists.

Some tenants say things have gotten better in their buildings since The Tyee started reporting on the problems earlier this year. Lynn lives at the Gastown Hotel and previously complained that the building had frequent floods, was dirty and there was a lot of violence. She says the building now has a new manager and more staff seem to be on duty on each shift.

“The cleanup is noticeable,” Lynn said.

Eby said the problems that APMI tenants and workers are dealing with are common across SROs, not just the buildings Atira operates. He said Atira is one of the few organizations that can respond quickly to staff the hotels the province has been buying lately to address growing numbers of homeless people.

He said there are three sets of buildings in the APMI portfolio. One group of buildings were bought by the province in 2007 and renovated under public-private partnerships that includes a maintenance contract with a private company. Another group is owned by the province and maintained by BC Housing directly. The remaining buildings are privately owned, although many of those SROs receive provincial funding and house tenants from BC Housing waitlists.

After The Tyee reported on concerns about two homicides and poor maintenance at the Gastown Hotel — a 95-room SRO that is owned by the province and has a maintenance contract with Black & McDonald — Eby said he asked BC Housing to review the contract and found that the contractor was not violating the terms of the agreement.

Black & McDonald is not responsible for repairing damage caused by tenants, which is a common occurrence in many SROs that house hard-to-house people.

“But clearly, the standards are not up to what a reasonable person would expect,” Eby said, pointing out that the P3 contracts were put in place by the previous BC Liberal government and appear to “fail to maintain minimum standards.”

Eby said he’s now asked BC Housing to hire a third-party firm to assess how maintenance is being done in the buildings with P3 contracts as well as the buildings that BC Housing is responsible for maintaining.

To discuss the issues workers are facing, Eby said he’s been meeting regularly with senior managers from BC Housing, including the agency’s CEO, Shayne Ramsay, as well as with the unions that represent the workers. (Ramsay is married to the Janice Abbott, the CEO of Atira, but BC Housing says it has procedures in place to prevent any conflicts of interest.)

“I think one of the big challenges is the competing desire to hire people from the neighbourhood that have life experience in the Downtown Eastside, that know the community, to work positions like front desk,” Eby said. “And the fact that some people are not going to be successful in that if it’s their first job in a long time.”

APMI pays front desk workers $17.03 an hour, a much lower wage than other major supportive housing providers who usually pay between $24 and $28 an hour. Abbott said APMI front desk workers are peer workers hired from the Downtown Eastside community.

The workers The Tyee spoke to said they were surprised to hear they were considered peers. Their duties include keeping the buildings safe and secure, responding to tenants’ questions doing hourly floor and room checks, and responding to emergencies, including administering naloxone to reverse overdoses. 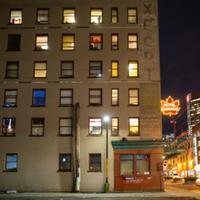 The Housing Is Owned by the Province. The Working Conditions Are Terrible

Eby said he’s heard from the unions that the work is extremely challenging, and workers should be paid more. “That’s something I’m very aware of and will be taking back to government,” he said.

He said it’s also clear that there’s a need for employees with more training and skills to provide services to people with severe mental health problems or addictions and peer workers who are employed in the buildings need to be better supported.

The B.C. government is preparing to try a new model with increased supports for supportive housing. Eby said the initial pilot programs for that model should be in place by the end of March.

“I think that one of the pieces that has become very apparent, certainly to me and to our government as a whole, is a need for increased supports and more skilled people to provide services to these incredibly hard-to-house individuals who have mental health and addiction issues,” Eby said. 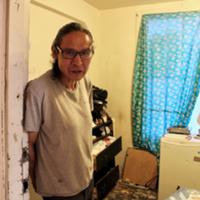 Eby said he hopes the new complex care model will reduce violence in the SRO hotels and other supportive housing buildings across the province.

People who are struggling with mental illness and addiction are vulnerable to having their rooms taken over by drug dealers, Eby said, adding that organized crime is behind a lot of the violence in the Downtown Eastside. That violence is common in both tent cities and SROs, he said.

Eby said the long-term plan for SROs is to phase them out, either by renovating the buildings so suites have their own kitchens and bathrooms or replacing the buildings with modern housing. That plan will be expensive and will require funding from both the provincial and federal governments, he said. Vancouver city council passed a motion in 2020 to try to acquire the remaining privately held SROs, a plan that city staff estimated would cost around $1 billion.

“It’s an ambitious and expensive goal, but we have to really end this type of housing, which is incredibly substandard and is contributing to homelessness,” Eby said.