The British Columbia government could reduce or end its controversial wolf cull and instead make small habitat changes to give mountain caribou herds a chance to recover, according to new research.

But the province — which last winter shot or trapped 237 wolves in areas where caribou are under pressure — says that large-scale habitat restoration is complex, expensive and may take decades before it makes a difference.

Jonah Keim, an independent biologist and data scientist and lead author of the study, said the research found smaller interventions could protect the caribou while the habitat recovers over time.

“There’s overwhelming agreement that loss of habitat is the key, if not the ultimate issue surrounding woodland caribou conservation,” Keim said. “The greater question is, how do we recover habitat effectively? How do we do it fast enough? Can we scale it?”

For the study “Managing animal movement conserves predator–prey dynamics,” published this month in Frontiers in Ecology and the Environment, Keim and his five co-authors used 100 cameras over two-and-a-half years to monitor interactions between animals in 92 square kilometres of the Parker Caribou Range west of Fort Nelson in northern B.C.

The research was funded by the BC Oil and Gas Research and Innovation Society, a non-profit with funding from industry and governments.

Halfway through the study, the researchers made it more difficult for animals to travel on some of the routes they used to move through the area, including by felling trees across oil and gas seismic lines or by mounding soil on old access roads.

“Our study is grounded in the concept of encounter management,” Keim said, comparing it to the steps people around the world have taken to reduce contacts during the COVID-19 pandemic. In the same way that social distancing has saved millions of human lives, reducing encounters with predators could help save the lives of threatened caribou, he said.

Caribou do well in low-productivity ecosystems that other prey and predator species would normally avoid if it weren’t for the introduction of roads, seismic lines, snowmobile trails and other human-made changes to the landscape.

“If we didn’t have these features, the use by wolves and bears... isn’t going to be nearly as intense in the caribou range as it’s going to be outside in upland habitats and river valleys,” Keim said. “That’s where they’re going to spend the bulk of their time.” The human interventions open the habitat to predators.

An advantage of managing animal movement is that it has an ongoing effect, unlike interventions like culling wolves or penning caribou that need to be repeated year after year to be successful, Keim said.

“We spend a lot of money on those things, but we’re not investing in the things that are going to give us the best return.”

The researchers found the small changes they made reduced the ability of predators to travel through the landscape and therefore made it easier for the caribou to avoid contact.

The success of the mitigation effort provides an alternative to culling predators, they wrote. As the authors put it in their report, “culling predators to benefit vulnerable prey is socially, ethically, and ecologically tenuous.”

According to a spokesperson for the Ministry of Forests, Lands, Natural Resource Operations and Rural Development, wolves were culled in the 2021 winter season to protect 13 of the 54 caribou herds identified in the province.

“Wolf reduction has been shown to be an effective short-term approach to recovering caribou populations while the long-term solutions, such as habitat restoration and protection, are planned and implemented,” they said.

At the same time there were doubts within the ministry about what could be concluded from Keim and his team’s findings. 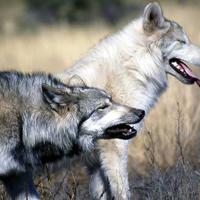 “Although the authors of this paper found a reduction in wolf-caribou interactions along restored seismic lines in a very small area over a short period of time, there was no caribou population-level effect measured,” the spokesperson said.

“Nor did the researchers suggest how much restoration would need to be done to increase the number of caribou,” the government statement said. The research may not apply to the majority of caribou populations “where forestry is the primary driver of the disruption in predator-prey dynamics, which has ultimately led to unsustainable rates of predation by wolves across many caribou herds,” it added.

The statement also referenced other research identifying challenges with habitat restoration and suggesting that in the short term, caribou herds may not stabilize without other measures like predator reduction to slow or halt population decline while habitat is restored.

The government introduced the current wolf management plan in 2015. While the plan met heavy criticism from many environmentalists and conservationists, others said it was an unfortunate but necessary step to address a desperate situation.

Laurie McConnell, the director of community and systems for the advocacy group Pacific Wild, said public opposition to the wolf cull remains strong. 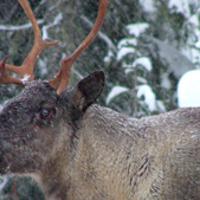 In 2020, Pacific Wild filed a lawsuit trying to stop the cull on the grounds that it contravened wildlife regulations and federal aviation laws, as wolves are tracked and shot from helicopters. Court dates were unavailable due to the COVID-19 pandemic. Dates have now been set for July 7 and 8.

McConnell said she had spoken with Keim and read the study. “He’s very aware of the complexity of how these landscapes are affected by humans.”

It’s time for the government to take a new approach that takes into consideration the value of ecosystems and all species, McConnell said. “There’s plenty of science that shows how we manage wolves is so archaic.”

The focus needs to be on protecting large corridors as the Yellowstone to Yukon Conservation Initiative advocates, she said. “These solutions exist, and these possibilities exist, we just have to choose it.”

According to Pacific Wild, since 2015 the B.C. government has spent more than $3 million on aerial snipers and trapping to kill more than 1,000 wolves.

As with the logging of old-growth forests, culling wolves is contrary to the international reputation the province cultivates, McConnell said.

“This is not what people think happens here.”