Even if you live on Vancouver Island you’re not likely to have seen the elusive coastal wolves that populate its northernmost corners.

These genetically unique wolves, which are distinct from their land-locked cousins, live an atypical life for a grey wolf, living in remote estuaries and consuming a diet of mostly marine life.

There are an estimated 250 wolves on Vancouver Island, according to the B.C. Ministry of Forests, Lands and Natural Resource Operations, which is currently considering whether to expand the wolf trapping season in the province this spring.

The science behind the practice of culling wolves on Vancouver Island is being hotly contested by scientists and conservationists who say there’s very little evidence to support the province’s theory that wolves are responsible for a shrinking deer population.

The issue has been thrust into the public spotlight recently after a guide hunter who posted photos of Vancouver Island wolves in snares on social media offered a personal bounty for carcasses.

“Anecdotally, there has been an increase in wolf populations on northern Vancouver Island, particularly in the area around Port Hardy,” a spokesperson from the ministry told DeSmog Canada in an emailed statement.

“Biologists have also noticed increased wolf signs (tracks or sightings) in the area.”

In fact, there is no evidence that the unique coastal wolves on northern Vancouver Island kill large numbers of deer, he said. McAllister has been studying coastal wolves for over two decades.

“There’s absolutely no data or field-based research. There’s no peer-reviewed science to support this.”

An absence of data-driven decision-making in wildlife management isn’t unique to B.C.

Lead author Kyle Artelle, a biologist with Simon Fraser University and the Raincoast Conservation Foundation, reviewed 667 management plans for 27 species that are hunted and trapped in Canada and the U.S.

“We highlighted four foundational hallmarks that would be required for a wildlife policy to be considered science-based: transparency, external scrutiny, clear objectives and evidence,” Artelle told DeSmog Canada. Artelle and his team found that 60 per cent of wildlife management policies reviewed had fewer than half of those hallmarks. About half of the policies examined did not rely on population data.

“You’d be hard pressed to call any given activity science if it’s missing any of those pieces,” he said.

An absence of adequate data, analysis and evidence doesn’t stop politicians from using science to defend and promote their policies, Artelle said.

Other scientists from Raincoast have published further research on this point, finding governments at times create “political populations” of large carnivores, which are managed to meet political rather than scientific ends.

“There’s a lot of power in that term — science. Which is why we need to be careful when it’s used to defend preferred policy options,” Artelle told DeSmog Canada.

“There’s a concern that politicians might use science to defend what they’re doing without having the actual evidence for justifying the activity.”

Artelle said wolf management in B.C. is a prime example of missing hallmarks of science.

On Vancouver Island, the province is pairing anecdotal information on declining deer populations with anecdotal evidence on increased wolf populations to justify hunting and trapping practices, he said.

“It doesn’t make biological sense that if a food source is crashing, the predator population would be increasing,” Artelle said, pointing to a study in southeast Alaska that found declining deer populations were the result of logging activities rather than wolf predation.

A similar thing may be happening on Vancouver Island where old-growth forest is increasingly being replaced by single-age stands rotated in timber harvests, he said.

The fight to save caribou

Habitat disturbance has been identified as a key driver of caribou decline. Both woodland and mountain caribou populations require large tracts of undisturbed habitat for survival.

On mainland B.C. and in Alberta, wolf culls are used to protect rapidly declining caribou populations although the practice is seen as controversial when not paired with aggressive habitat protections.

According to the Ministry of Forests, Lands and Natural Resource Operations, the South Selkirk, South Peace and North Columbia area caribou herds are in dire straits.

The province’s plan for those regions is to eliminate all wolves in an effort to protect caribou that remain.

“A minimum of 80 per cent of the wolves in the treatment area need to be removed and ideally all wolves will be taken,” the ministry said in a statement.

Around 250 wolves have been shot from helicopters over the last two years as part of the province’s wolf cull pilot project, which is in the fourth year of its five-year lifespan.

The pilot project was pushed ahead even though the province’s 2014 wolf management policy acknowledged there is uncertainty whether killing wolves will help caribou.

“Attempts to control wolves to reduce predation risks on caribou has been a provincial priority since 2001. Wolf densities have been reduced: however, at this time, a correlation between reduced wolf densities and caribou recovery cannot be substantiated,” it says.

Caribou recovery is mandated from the federal government under the Species at Risk Act. According to a federal draft recovery plan for caribou, the provinces are responsible for protecting 65 per cent of caribou habitat from disturbance. In 2012 Ottawa directed the provinces to develop plans for that disturbance threshold by 2017. It was a deadline every single province missed.

Mark Hebblewhite, a wildlife biology professor at the University of Montana who served on the science panel for Canada’s boreal caribou recovery, said there is reasonable evidence that killing wolves buys time for threatened species like boreal woodland caribou in Alberta and the Yukon, but no evidence that wolf control has any lasting effects on deer populations.

“The real question about wolf control in the name of caribou conservation is what is being done about protecting critical habitat for caribou. And, in short, the answer in Alberta and the oil producing areas of B.C., is not enough,” Hebblewhite told DeSmog Canada.

Hebblewhite has compiled data on oil and gas activities in caribou habitat and has identified 19,000 wells drilled in caribou ranges in Alberta since 2004.

There is no point in killing wolves while simultaneously continuing to destroy caribou habitat with oil and gas exploration and industrial logging, he said.

Paul Paquet, Raincoast senior scientist and adjunct professor at the University of Victoria, also worries about the long-term effects of the war on wolves.

Wolves prey on caribou, as they always have, but the role played in the decline of caribou is a symptom, not the underlying cause, he said.

“Quite simply, people are the ultimate cause of caribou endangerment through the ongoing degradation imposed by our resource industries on caribou habitat,” he said. 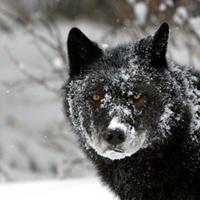 Artelle said governments should be more open with the public about the scientific uncertainties of killing wolves.

The public deserves to be more fully informed about the main drivers of caribou decline, he said.

“It’s rarely honestly disclosed why the wolf cull is being pursued when we know wolves aren’t the main driver.”

Policy decisions are often made in the face of incomplete knowledge.

“Given the science will often be incomplete it’s important to be very clear with the public about uncertainties in the science, and how those decisions are being made knowing that science is imperfect.”

With files from Carol Linnitt.