The results of the Vancouver School Board’s community consultations on police in schools are in, and the majority of the more than 1,900 people consulted feel neutral or positive about the school liaison officer program and want to keep it.

But Black and Indigenous people, who made up eight per cent of those who responded to a survey about the program and eight per cent of students who took the survey, were more likely to have negative feelings about police in schools.

Many cited fears and anxieties about officers in schools or examples of discrimination they’ve already experienced from police.

At the school district’s policy and governance committee meeting Wednesday evening, Argyle PR, the communications firm hired by the school board to consult the community, said the report is “just a snapshot” of community opinion on the school liaison officer program and not representative of all students.

Argyle’s consultation was limited by its 2.5-week timeline, barriers presented by online engagement and the lack of established relationships between the school district and the Black, Indigenous and people of colour communities, the firm’s representatives said at the meeting.

Consultations took place from late January to mid-February in the form of an online survey, which received nearly 1,500 responses; 18 interviews with 31 people; six student focus groups with 60 students; and more than 300 written submissions.

Written submissions were attached to Argyle’s report, but they were not included in the overall analysis of responses, which Chau Bradley said reflected the school board’s standard process for receiving written submissions.

Nearly three-quarters of survey respondents indicated familiarity with the school liaison officer program, while 60 per cent said officers in schools contributed to a sense of safety and security.

However, when broken down by racial background, the majority of Black and Indigenous people surveyed felt negatively about the program and called for it to be changed or cancelled altogether.

People of colour, including those who identified as being of East Asian, Hispanic, Middle Eastern, South Asian, Southeast Asian and Oceanian descent, made up 47 per cent of all respondents and over half of the students. They were more likely to feel positive or neutral about the program. But they were also the most likely to admit they didn’t know enough about the program or why it existed in schools.

While the district instructed Argyle to “centre the voices” of students who identified as Indigenous, people of colour and Black, Emily Johnson of Black Lives Matter-Vancouver says that Black and Indigenous people making up just eight per cent of survey respondents is not enough.

Centring voices would have meant “taking those perspectives as the most important perspectives,” Johnson said, adding the group is not interested in hearing that the majority of those surveyed feel good or neutral about the program.

“The important thing is it’s harming... a small number of the population. That’s the whole point of Black Lives Matter is saying those lives, those Black and Indigenous students’ perspectives and their feelings, fears and traumas are what are important here.” Since 1972, Vancouver Police Department officers have been present in Vancouver schools under the school liaison officer program, while district schools on the University of British Columbia endowment lands have a relationship with the RCMP.

Several of the written submissions referenced these programs and called for the SLO program to remain as is or continue with minor changes, like adding unconscious bias training and improving relationship building with schools.

Some suggested that criticism of the program stemmed from similar programs being cancelled or suspended in other school districts like Toronto, Hamilton and Edmonton, or because of increased attention to police violence against Black people in the United States since the murder of George Floyd last spring.

Others who contributed written submissions said that police officers symbolize systemic racism, and their presence in schools causes fear and anxiety for students who identify as people of colour, but especially for Indigenous and Black people.

Markiel Simpson of the BC Community Alliance, a Black community group in Vancouver, said he was surprised by the heavy focus on police participation in school programs versus their negative impact on Black and Indigenous students.

“I must have read over 20 letters about the positive impacts of a running club, when there are other students who were saying that they’re being treated in racist ways by police at school. I think there has to be a lot of learning done on the side of administrators and students for the real outcomes,” he said.

Gord Lau, chair of the District Parent Advisory Council, said that school trustees should prioritize the voices of students harmed by the program over those who feel neutral or positive.

“I worry a little bit,” Lau said, speaking for himself on how he believes the trustees will receive Argyle’s report. 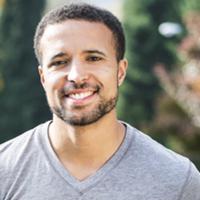 The District Parent Advisory Council, as well as the Vancouver elementary and secondary teachers’ associations, have maintained since last June that the school liaison officer program should be cancelled.

Community members have an opportunity to address the report with the school board on Monday during a special committee meeting. The district’s policy and governance committee will provide its own feedback and comments on the report at an April 7 meeting.

The school board will consider the report, as well as feedback received, before making its own recommendations on the school liaison officer program at an April 26 meeting.