Before being elected in 2017, Singh, MLA for Surrey-Green Timbers, worked as a drug and alcohol counsellor, support worker for women dealing with domestic violence and as a community activist, primarily with the Canadian Union of Public Employees.

Her priorities as parliamentary secretary, a junior cabinet minister post, are set out in her mandate letter from Premier John Horgan. It tasks her with conducting a review of anti-racism laws and launching consultations on a new Anti-Racism Act. She is also to introduce legislation that will “help reduce systemic discrimination and pave the way for race-based data collection.”

Singh is mandated to “honour the Japanese-Canadian community by providing lasting recognition of the traumatic internment of more than 22,000 Japanese-Canadians” during the Second World War.

Her role was introduced in a year of huge social change in support of the Black Lives Matter movement after the killing of George Floyd in Minneapolis, Minn.

But she told The Tyee the shift in public concern about racism started earlier. Vancouver police reported an 878-per-cent increase in anti-Asian hate crimes between January and September, and research shows Indigenous communities were disproportionately affected by the COVID-19 virus during the pandemic.

“That whole movement has brought the issue of racism to the forefront. We know that racism has always existed. It is part of the colonial history that we have here in Canada,” Singh said.

Green MLA Adam Olsen, who represents Saanich North and the Islands, called for an all-party legislature committee on racism and government institutions last year. The Tsartlip First Nation member said anti-racism initiatives have been blocked by disagreements across party lines.

“It really remains to be seen how much latitude [Singh] is going to be given within the government to deal with this issue, and how much the government understands that you don’t deal with systemic issues one at a time,” he said.

Calls to defund the police last year prompted conversations about how much money is spent on policing, how the police use that money and alternative approaches. It also started a conversation about general police interactions, use of force and shootings in the province.

A CBC investigation found that in the first half of 2020, police in Canada killed 30 people, most of whom had mental illness or substance abuse issues.* Black and Indigenous people were also overrepresented in those killed in police shootings.

Singh and Olsen are also on the legislature’s recently reconvened special committee on reforming the Police Act, which was stalled when the NDP called the snap election in September. Singh said the committee should have a draft report ready by October.

“Yes, we can reform the Police Act, and we can attempt to ensure that there’s a better relationship between the public and the police services,” said Olsen. “However, it does not address the racism that is at the core of our government systems and our institutions that were established more than 150 years ago.”

Committees can also only do so much, said Meenakshi Mannoe, a decriminalization and policing campaigner at Pivot Legal Society.

The committee can make recommendations about the Police Act, but they can also be ignored. Mannoe is worried the committee was only convened to “make it look like the provincial government is doing something.”

She said there is no legal funding for people who want to pursue police complaints, or for families of people killed by the police. She said these things need to change if the government is going to take reform seriously.

B.C. also does not need to wait to implement an immediate moratorium on street checks or to decriminalize substance use, Mannoe said.

“We have police forces that are being prioritized over community health and wellness services in terms of funding,” she said. “The day-to-day reality on the streets doesn’t really change when the provincial government puts out a press release or convenes a special committee on reviewing the Police Act.”

Mannoe is concerned the legislative committee members aren’t consulting with the communities most impacted by policing — people who are marginalized as a result of poverty, disability, social condition or race. Pivot wants to hold law enforcement responsible for discrimination or use of force using community-based advocacy, public legal education, media and strategic litigation.

“This committee should choose to hear from those folks, engage with them, respectfully and appropriately glean the knowledge that they have, turn it into recommendations, and lobby the provincial government to actually codify those recommendations as law,” she said.

“If they’re doing that, then I would say yes, their work matters.”

Collecting race-based data is another urgent issue for people of colour, particularly during the pandemic.

“In the health sector, we do collect the Indigenous data, and that’s why recently we have seen a report coming out about the discrimination happening in our health-care sector, but we don’t know about the other communities,” said Singh. “We don’t know at this time how racialized women are dealing with different issues, or people of colour, so it’s important to collect that data.”

That information can identify needed changes, she said.

Dr. Farah Shroff, a public health educator, researcher at the University of British Columbia faculty of medicine and founder of Maternal and Infant Health Canada, said B.C. should look to Ontario’s lead in collecting race-based data and work with BIPOC community members to determine how it will be collected, sorted and analyzed.

Tackling medical racism should start with critical conversations about the country’s bedrock as a settler-colonial state, she said.

“We still live in a society where medical racism is rampant. We need to be constantly analyzing our health issues from a human rights and social justice perspective and taking action on those issues,” she said.

“We haven’t come to terms with our colonial and genocidal reality and that makes these conversations much more difficult.”

Teresa Wat, the BC Liberal critic for anti-racism initiatives, said education could help reduce the large number of hate crimes in the province, particularly the spike in anti-Asian hate crimes during the pandemic. This would happen over generations, she said, as young Canadians become more educated by the public school system.

Wat was the Liberals’ multiculturalism minister from 2013 to 2017. In 2014, the government apologized for historical wrongs against Chinese Canadians. In 2017, after a year of reviewing 2,000 pieces of legislation dating back to 1871, the province introduced the Discriminatory Provisions (Historical Wrongs) Repeal Act to permanently remove discriminatory provisions in legislation.

She said students should be learning about the history of racism against Chinese Canadians, such as the implementation of the $500 head tax and exclusion act. 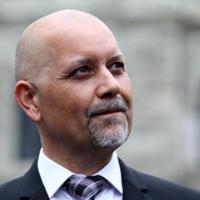 “We also provided a lot of teaching materials to the teachers, because many teachers told us, ‘How are we going to teach that side of our history? We were not taught about it,'” she said.

Silvia Mangue has heard the same complaint from teachers in Victoria.

This training could show teachers what it’s like to be discriminated against, so they develop an “intrinsic motivation to not discriminate” against others, said Mangue. 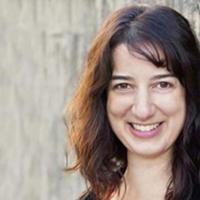 BC Rights Commissioner Sets a Path for Collecting Race-Based Data

“When you are in the classroom and you see children from Syria or other places, as a teacher, you need to know what’s going on in Syria, so you understand the situation in your classroom. You have to be cognizant of that and sensitive to that, and you have to learn,” she said. “You have to be willing to make people in your classroom feel powerful regardless of the fact that you’re a European teacher.”

Kids need to be taught non-Eurocentric history, Mangue said, so that all British Columbians have a chance to understand the past.

Black history remains largely invisible in the province’s public curricula, said Markiel Simpson from the BC Community Alliance, an umbrella group for Black organizations and allies in Vancouver.

Simpson and his peers are eager to start the process. 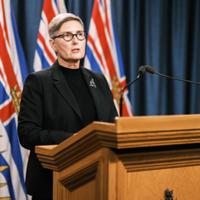 “It’s important because our institutions are systemically racist, and as such they have erased the history of not only Black Canadians, but other racialized Canadians from our history books,” he said.

“It’s about applying an anti-racist lens throughout a curriculum that recognizes our differences and acknowledges our contributions.”

Like Olsen, he suggests the three major parties take a shared approach to rebuilding the province’s institutions with an anti-racist lens.

“It falls on the shoulders of political parties, all of the parties,” he said. “They really have to reflect internally and investigate why it is that they aren’t making this proactive decision to include Black representation and make Black Canadians feel comfortable in political spaces.”

Community groups have been championing anti-racism action for decades. Simpson said it’s past time that provincial leaders listen and lead by example.

“I hope that leaders are reflecting on the words of our grassroots organizers, our experts of lived experience, and experts through academia who are saying there’s a problem here, and there are ways that we can address it if we work together,” he said.