After years of struggle, advocates for racialized communities are claiming success as the provincial government and Vancouver city council committed last week to begin collecting race-based data on the pandemic and beyond.

Analysts and researchers have argued for years that it’s vital to measure the disparate impacts of policies on different races and socio-economic groups.

But the pandemic and public attention on systemic racism have brought urgency to addressing the information gap.

“The pandemic has exacerbated and brought to the surface many inequities, particularly around race and class and socioeconomic factors generally, but especially in relation to health care,” said Amal Rana, a community activist and member of the City of Vancouver’s racial ethno-cultural equity advisory committee.

Premier John Horgan wrote the province’s human rights and information and privacy commissioners on June 16 and asked them to look into how best to collect race-based information and report back by September.

“I would like you to examine how to craft a policy initiative that balances the right to privacy with the call from community advocates, health researchers, and public policy professionals for rigorous and thoughtful data collection, to address systemic racism,” wrote Horgan.

And last week Vancouver city council unanimously passed a motion calling on the province to break down data by race and socioeconomic and committing the city to do the same.

“The reason this motion passed and had the support it did was because of the work of so many different racialized communities coming together,” said Rana, who helped draft the motion with councillors Christine Boyle and Jean Swanson.

Racialized communities have long seen data broken down by race and other factors as an essential tool to address systemic racism across health, education, economic and social policies.

But no such data is tracked at a national or provincial level.

“Racialized communities have known and continue to know what the impacts of poverty, of discrimination, health care and all of these things are on us, but that’s framed often as anecdotal evidence,” said Rana. “Sadly, the way the system works is that we have to have the data to back it up in order to get change to the system.”

In the wake of reports of the pandemic’s disparate impact on Black, Indigenous and racialized communities in the United States, pressure has mounted to collect data that shows if that is true in Canada as well.

“It’s about changing the paradigm around how we have conversations on systemic racism… to understanding that these are issues of health justice and health inequities,” said Rana.

Organizations such as the Federation of Black Canadians, Migrante BC, Black in BC Mutual Aid collective and Hogan’s Alley Society stressed that without knowing the needs of racialized communities, there is no way to tailor policy and relief to meet them.

MLA Ravi Kahlon, who helped set up the Office of the Human Rights Commissioner in 2017, said the data is essential.

“Governments are afraid of seeing the data, that is why this action has not been taken,” he said. “But the system is not working for racialized communities.”

“Race-based data and the collection of it, and the use of it, is going to be fundamental to address human rights and to address systemic racism within our institutions.”

Kahlon, who represents Delta North for the NDP, said the privacy and human rights commissioners will provide advice to the government. Race-based data has historically been weaponized against some communities, he said. 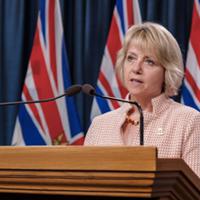 Despite Calls, BC Still Not Collecting Race-Based COVID Data

“We can do this in a thoughtful way, by making sure that we are addressing the issues, but not making life harder for the communities that we’re trying to make life better for,” said Kahlon. “It’s not as easy as just saying, ‘Well, let’s just start collecting data.’”

Horgan’s letter also said B.C. should consider how its data-collection initiative could translate to a national framework on race-based data to address systemic racism across the country.

The moves by the province and city to begin collecting this data are welcome, Rana said. But being able to measure the problem is not enough.

Bold action to dismantle and reform government programs that harm racialized communities across portfolios will be essential, and it can start now, she said.

“We don’t have to wait for data for change to happen.”