That would save lives during the opioid overdose crisis, make it easier for people to seek help and allow a more effective response, Henry reported.

Not because he disagreed that the change would save lives. Farnworth said drug law is under federal jurisdiction.

Which is a painfully lame response, especially as Henry’s report set out two ways the province could effectively decriminalize simple possession of drugs.

Farnworth could declare “a public health and harm reduction approach as a provincial priority to guide law enforcement... This type of approach would provide pathways for police to link people to health and social services, and would support the use of administrative penalties rather than criminal charges for simple possession,” the report noted.

Or the government could introduce a new regulation under the Police Act preventing any member of a police force “from expending resources on the enforcement of simple possession offences.”

Farnworth rejected both ideas. “It’s not appropriate for me as minister to be directing police on how they conduct their operations,” he said.

Which, again, is remarkably lame.

The relationship between police and government is complex. The risk of partisan interference in policing is real.

But it makes no sense to leave priorities up to individual police chiefs and RCMP detachment heads across the province, without some coherent, evidence-based provincial approach. Especially when people are dying.

That’s why the Police Act gives the solicitor general the power to set policy. “The minister may establish priorities, goals and objectives for policing and law enforcement in British Columbia,” it says.

And the province’s agreement with the RCMP for municipal policing says the Mounties commit to “implementing the provincial policing objectives, priorities and goals as determined by the provincial minister.” (In reality, the RCMP still look to Ottawa for guidance.)

So why not? Why refuse to take relatively simple steps to save lives and reduce the harm done by drug misuse?

In fairness, the B.C. government was quick to respond to the overdose crisis. Three years ago, former provincial health officer Dr. Perry Kendall declared rising overdose deaths a public health emergency. Terry Lake, then the BC Liberal health minister, was quick to recognize that this was a health crisis and responded effectively. (Lake is seeking to become the federal Liberal candidate in Kamloops-Thompson-Cariboo.)

The province has focused on harm reduction and interventions like supervised consumption sites, increased access to treatment, making naloxone widely available to reverse overdoses, opioid substitution-based treatment options and efforts to reduce the stigma around drug use.

And the pragmatic approached has helped. The report concludes that without those efforts another 2,800 people might have died.

But the response hasn’t been in proportion to the crisis. Last year — long after the emergency was declared — 1,510 people died of accidental drug overdoses, another grim record. That’s six times the 250 overdose deaths in 2012.

In 2012, 291 British Columbians died in vehicle crashes, and 488 of us killed ourselves. If car crash deaths had increased at the same rate as overdose deaths, there would have been 1,758 lives lost last year — five every day. Instead, there were about the same number as seven years ago.

But that wouldn’t happen. When the number of people dying on the roads doubled, certainly long before it tripled, the public would be demanding change and governments would be responding. Excuses about complexity and jurisdiction and costs wouldn’t be tolerated.

Why do we collectively care less about drug overdose deaths? Perhaps we don’t like drug use, or users, or think overdoses are the price of bad choices, or just want to pretend the problem doesn’t exist. 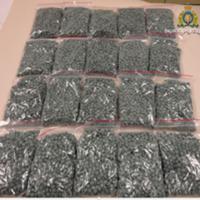 The Great Fentanyl Myth, and How We’re Killing Drug Users

Whatever the reasons, the result is a stigmatized population. And stigma kills.

The report notes that treating drug use as a crime, and not as a health issue, adds to the stigma. And the price for users is high.

“It negatively impacts the lives of people and the ability of some individuals to receive or access basic health... and social needs,” the report says. “Stigma influences public support for evidence-based strategies that save lives and link people to treatment.”

Decriminalization, the report concluded, is a “fundamental underpinning and necessary next step for the continued provincial response to the overdose crisis.” It would save lives and end a criminal approach to drug use that is “ineffective, harmful, and stigmatizing.”

So why won’t the government act?