The report from Mary Ellen Turpel-Lafond, the former judge appointed in June to investigate racism in the system and its impact on Indigenous people, says First Nations women are nearly twice as likely to die of an overdose than non-Indigenous women and are much less likely to be able to access prenatal care.

They also get pap screens 68 per cent less frequently than non-Indigenous women, despite being diagnosed with cervical cancer at a rate 1.6 times higher.

“Indigenous people have inequitable access to primary and preventative health-care services, which perpetuates and cascades into poor health outcomes all across the lifespan,” said Turpel-Lafond, the lead investigator and the former representative for children and youth.

"When you combine these factors with the overwhelming evidence of racism in the health-care system... it’s not difficult to see why health outcomes for Indigenous peoples are poorer.”

In a followup to her November report that found “widespread and insidious racism” at all levels of B.C.’s health-care system, Turpel-Lafond’s team examined health outcome data to assess the impact of racism on Indigenous peoples.

They found that a startling lack of access to primary and preventative care for Indigenous peoples puts them at higher risk of both acute and chronic conditions.

In this case, they show the effects of a lack of basic health care.

Family doctors can also connect people who use substances with pharmaceutical alternatives to street drugs in order to lower their risk of overdose.

First Nations people in B.C. account for 16 per cent of overdose deaths, despite only making up 3.3 per cent of the population.

But the lack of access to primary care affects all Indigenous people.

Seniors and Elders over 65 were 89 per cent more likely than non-Indigenous seniors to not be connected to a family doctor, the report found.

And the lack of primary care means Indigenous people are 75 per cent more likely to visit the emergency room than any other group.

But an emergency department “is the type of situation that compounds the racism Indigenous people experience,” said Turpel-Lafond.

Harmful and untrue stereotypes about Indigenous people make health providers feel they are less deserving of care, she found in her November report.

And that plays out most acutely in emergency departments, where fast-paced triaging protocols mean Indigenous people’s health needs are often dismissed. “This cycle needs to be broken,” said Turpel-Lafond.

She urged the government to focus on building out primary care services for Indigenous communities and urban Indigenous peoples in order to address these inequities. 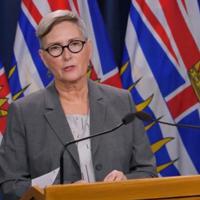 It’s particularly urgent due to the disproportionate burden the pandemic has placed on Indigenous peoples, especially women, she said. Higher rates of underlying conditions put Indigenous people at a higher risk of serious illness and death from COVID, she added.

She wants to see the 59 per cent of Indigenous people in B.C. who live in urban centres prioritized for vaccines, as well as those living in First Nations communities.

“They have a high burden of disease and they need the vaccines, and we must respond in a way that prioritizes the need,” said Turpel-Lafond. 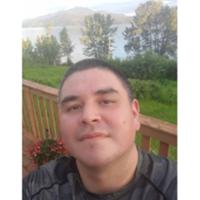 The ministry has funded 32 new Indigenous health liaison positions across all health authorities and Providence Health. Nine have already been hired.

Vancouver Island Health’s Dawn Thomas, a member of the Snuneymuxw First Nation, will lead the province’s implementation of the recommendations as an associate deputy minister.

Turpel-Lafond stressed that cultural safety and anti-racism must be at the forefront of a strengthened primary care system in which Indigenous people “will be seen as they are, without bias or prejudice and with care and respect.”

“And I hope very much... that we can eliminate the racism that has been there at the point of care and that we can build out a more compassionate inclusive system that does not have racism against Indigenous people entrenched in it,” she said.