Yesterday the Alberta government surprised by saying it was restoring the Coal Policy, protections established in 1976 against open-pit coal mining in areas of the eastern slopes of the Rocky Mountains that were quietly scuttled last May with no public consultation.

It’s a clear step-back for the Jason Kenney-led government, though as Tyee contributing editor Andrew Nikiforuk reported yesterday, skeptical critics say the government has merely changed tactics and not direction.

Energy Minister Sonya Savage made it clear she still favours metallurgical coal development in the Rockies, although there should be some “no go” zones.

Nor does the temporary reinstatement of the Coal Policy definitely end the threat of open-pit mining in critical watersheds. Although that historic policy banned surface mining on Category 2 lands, the energy minister can and has granted exemptions, as former NDP energy minister Margaret McCuaig-Boyd did in 2016.

And the promise of entertaining public consultation on a new Coal Policy that would allow Australian companies to mine the Rockies is problematic, say critics. They point to the government’s last attempt at a public consultation on the foreign funding of environmental campaigns, which has become a public travesty as well as an example of conflict of interest.

Even before the United Conservative Party government killed the Coal Policy, its ministers were signalling Australian coal extractors that it intended to drop the regulations, as Nikiforuk revealed in these pages.

Until a long-building public revolt hit a crescendo in January, the Alberta newspapers gave little notice to the massive metallurgical coal mining in the works for their province. The Globe and Mail began running occasional pieces in December.

But in The Tyee back in August, Nikiforuk lifted the lid on Kenney’s quiet cancelling of the Coal Policy after intensive lobbying on behalf of coal interests led by a former Alberta environment minister. He never let up on the story.

Here are a dozen key Nikiforuk pieces that trace the arc of this issue (and stay tuned for more).

Ask the Coal Association, the only group listened to before Kenney dropped barriers to open-pit mining on the Rockies’ eastern slope.

Meet the speculators from Down Under aiming to carve up the Rockies with a chain of open-pit mines. And the growing revolt.

Alberta is poised to let miners destroy mountaintops and vital watersheds grazed for a century.

Levi Williams-Whitney traversed the land to make a video opposing open-pit mining. He has no regrets.

An ex-deputy minister terms yesterday’s step back ‘misleading.’ And it won’t deter a court challenge by ranchers and First Nations. 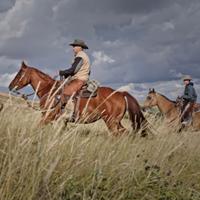 The Kenney government says yes, but the agency has a messy track record.

Five days after Kenney defended the province’s mining push, the government says it was all a big mistake.