A crisis fund that has helped thousands of households avoid having their electricity cut off when they couldn’t afford to pay their BC Hydro bills is in danger of closing March 31 unless the provincial government intervenes.

“It’s not a good move to cancel a crisis fund in the middle of a crisis,” said Dylan Heerema, the energy policy lead for Ecotrust Canada.

BC Hydro’s Customer Crisis Fund started in 2018 as a three-year pilot project. Under the program a household facing disconnection can apply for a grant if they can’t pay their bill due to a temporary financial crisis such as a job loss, unexpected medical expense or death in the family.

In the fund’s first two years BC Hydro provided 6,385 grants at a cost of $2.3 million. Some 85 percent of grant recipients avoided having their power disconnected.

The utility covered the expense by charging all customers 25 cents a month, an amount that has been reduced to 13 cents.

BC Hydro also found strong public support for the fund with 88 per cent of poll respondents saying they supported it continuing and 67 per cent in support of paying a small fee to continue it.

The test for keeping the fund, however, is whether it makes economic sense for BC Hydro by saving the utility money, therefore benefiting all ratepayers. According to a document filed with the BC Utilities Commission, the program fell short on that measure, saving just $156 a year.

“The analyses of disconnection volumes, notification and collection costs, and bad debt expense did not identify statistically significant economic benefits notwithstanding the potential societal benefits of the CCF,” the filing said.

The BCUC is yet to rule on whether the fund should continue, but in the past has found that it was outside its jurisdiction to order BC Hydro to adopt affordability measures.

A spokesperson for BC Hydro, Kevin Aquino, said in an email that the the program has been used by many customers and the utility is waiting for the BCUC’s ruling on next steps.

“We recognize there will be times some of our customers will face unexpected financial hardship and want to be able to offer assistance to help them get back on their feet, and the COVID-19 pandemic has highlighted this,” he said.

There’s a recommendation in front of the government to make the fund permanent, Aquino said, but implementing it would require legislation.

Bruce Ralston, the minister of energy, mines and low carbon innovation, was unavailable for an interview.

A spokesperson for the ministry said the province has been working to make BC Hydro rates more affordable for everyone and this year’s rate cut is a step in the right direction.

But the government hasn’t decided what to do when the Customer Crisis Fund pilot ends, he said.

“Government will consider the BCUC’s findings and determine whether to pursue a permanent program modelled off the current pilot project or other measures to provide additional support for low-income customers,” he said.

In Opposition NDP Leader John Horgan supported providing a “lifeline rate” for low-income British Columbians. After becoming premier Horgan said he’d directed BC Hydro’s board to target relief to those most in need.

Heerema at Ecotrust Canada said British Columbia offers no long-term support for low- and moderate-income residents who chronically have a hard time affording their electricity bills.

The advocacy group has been calling on the province to do more to combat energy poverty, a term used to describe the lack of affordable access to energy that many households experience due to the combination of high energy costs, energy inefficient homes and low incomes. 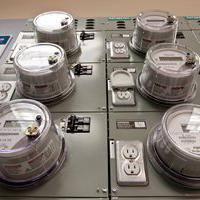 BC Hydro Can’t Be Ordered to Make Power Cheaper for Poor, Commission Rules

During the pandemic one in five British Columbians has had a harder time paying their energy bills, he said, making it an especially bad time to let the one program the province does have lapse.

“Our concern around the pilot concluding is it’s just pretty much the only support structure B.C. has in terms of utility bills,” Heerema said. “It’s a reasonable question to ask, if not this program, what should there be?”

The province needs a program like Ontario’s Electricity Support Program that provides a monthly subsidy to households based on their income and size, he said.

In the first two years of the pilot BC Hydro denied about two applications (13,751) for every one (6,385) it approved. The top reasons for rejecting applications included discovering the client wasn’t at risk of disconnection or experiencing a temporary financial crisis and failure to provide the required information.