Public health officials introduced new measures today to curb transmission of COVID-19 at gatherings in people’s homes, which they say fuelled a record weekend of new cases in British Columbia.

The province reported 817 new cases in the three days since Friday, with 317 cases reported on Saturday, setting a new record total for the third time in less than a week.

Of these cases, 665 occurred in Fraser Health. Cases have almost doubled since Oct. 9 in the Delta, Surrey and Langley areas.

Two schools have been closed as a result of COVID-19 cases.

“It is concerning to us that we continue to see growth, particularly in the Lower Mainland and Fraser Health region,” said provincial health officer Dr. Bonnie Henry.

“This is a bit of a sobering weekend for us.”

A new public health order from Henry now limits gatherings in homes to the household members plus their “safe six” individuals — the six people they have included in gatherings.

Henry said she is “stepping up” her messaging on masks in public indoor spaces but stopped short of mandating them as in some other Canadian jurisdictions.

Whether going to the grocery store, liquor store or ICBC to renew a driver’s licence, “it is now the expectation that people will wear non-medical masks in public spaces,” she said.

Two schools, including one where the province’s first outbreak took place in Kelowna and a school in the Fraser Health region, have now closed because mandated isolation “has meant that the schools can no longer safely operate.”

“To me it indicates that the plan is working, that we’re detecting these and detecting them early,” said Henry. So far, there are two outbreaks out of more than 2,000 schools in B.C.

These outbreaks signal there is spread in the community, and Henry urged people to limit their contacts and gatherings to keep essential settings like schools and health care safe.

She also advised that for larger families or those living in multi-generational homes, even six additional people may be too many.

“When you come together with others, you bring the risk with you,” Henry said. “Orders as we know are a last resort, but it does indicate where we need to take this now.” 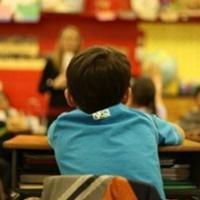 Last week Henry said social gatherings were significant sources of transmission in the community and urged people to limit them to immediate family.

Cultural and religious leaders have a role to play in this critical time, Henry stressed, particularly as flu season begins.

Thanksgiving weekend brought the “next level” of transmission as a result of social gatherings, leading to the surge the province sees today, she said.

“We need to take action in these areas.”

It appears unlikely these orders will change before the holiday season, and Henry suggested people begin planning holiday gatherings within their households.

“It’s going to be some months until we are through this part of the pandemic,” said Henry.