Experts and advocates are hoping the next B.C. government will focus on expanding preventative mental health-care services and overhauling the aging and “outdated” Mental Health Act to protect individual dignity in care.

And support for Black, Indigenous and racialized communities should be at the forefront of all strategies for mental health care, they say.

All three parties say they would expand access to affordable mental health-care services, particularly for children and youth through schools and Foundry youth centres, which support youth from 12 to 24 with health and wellness resources, including free counselling.

The Greens want to see that happen through a $1-billion investment that would include providing some counselling under the Medical Services Plan, while the BC Liberals want to fund psychiatric nurses in schools to support kids from a young age.

North Vancouver-Seymour Liberal candidate Jane Thornthwaite said “this is the kind of system we need to help children and to prevent mental illness to exacerbate into self-medication and substance use.”

But the parties’ positions are much more mixed when it comes to addressing deep and complex issues with the Mental Health Act and involuntary treatment in the province.

A March 2019 report from the provincial ombudsperson recommended establishing individual rights advice service for people involuntarily detained, which the NDP attorney general accepted at the time.

But more than a year later nothing has happened, and experts say the opposition to the NDP’s Bill 22 point towards the need for a far-reaching and independent review of the act under which people are detained in the first place.

Bill 22 would have amended the act to allow the health-care system to detain and involuntarily treat youth who overdose for up to seven days, which experts said would increase the risk of overdosing again upon release.

The bill was opposed by a coalition of Indigenous and health organizations, including the Union of BC Indian Chiefs, and was paused by the NDP in July, just over a week after being introduced.

“The act grants a huge amount of power over people who are really, really vulnerable,” said Kendra Milne, executive director of non-profit advocacy organization Health Justice. “We would love more reporting on how often it’s used and under what circumstances... because the more people feel coerced and disempowered, the more traumatized they can be.”

Dean would not comment on whether the NDP would consider an independent review of the legislation, saying its priority would be on service provision. The Greens also do not have an official stance on the act.

Thornthwaite, however, was emphatic that a review is “a long time overdue” and she would support such a process.

But a BC Liberal promise to establish a Safe Care Act to more forcefully be able to admit youth who use substances into treatment gives Milne cause for concern.

“Part of the public conversation is really related to the idea that the solution to these social problems is to remove people’s rights and force them out and into less visible places, instead of really changing those systems,” said Milne.

This is particularly true for Black, Indigenous and racialized people who are involuntarily treated and detained at higher rates than white people across Canada.

Black, Indigenous and racialized mental health experts say it is essential that any mental health-care strategy focus on the specific needs and cultural contexts of the communities most likely to experience mental health issues.

A spring survey found that 38 per cent of Canadians feel their mental health has deteriorated since the pandemic began, and the rates are even higher among racialized individuals.

Cultural stigma around mental health, language barriers, affordability concerns and a significant lack of racialized mental health-care professionals all contribute to an acute lack of culturally safe and competent care in B.C.

“For some people, experiencing really bad mental care can be so traumatizing that it really can be worse than not having sought that care in the first place,” said Benjamin Cheung, a cultural psychology lecturer at the University of British Columbia.

“So if there isn’t a system that addresses the needs of racialized people, then we’re actually creating more problems, and they become exacerbated, and there’s a distrust in the mental health-care system.”

Cheung said recruiting and supporting more racialized mental health-care professionals, particularly in universities and schools, is essential to address the need among students. Most don’t have access to extended benefits to cover mental health services, so services need to be publicly funded, he said.

Cheung added students he speaks to face huge issues affording mental health care, and those who have coverage through family often don’t feel they can access that care.

“It’s just layer upon layer of affordability issues... and it doesn’t matter if they can afford it if the care isn’t good,” said Cheung.

“[Racialized adults] face so many barriers, and it’s just magnified in mental health care because they face so much stigma,” she said.

“The point of care is often when it’s a crisis, and there needs to be more services and treatments and therapies available before then,” said Narayan.

The Greens want to review the practice of wellness checks by police in B.C. — which have recently and continue to cause the deaths of several Indigenous and racialized people in Canada — and to expand the number of integrated mental health crisis teams that respond to these calls.

The Liberals would also expand the number of these teams available. The NDP said they want to invest in community services for people with mental health challenges to free-up police for serious crime, and a spokesperson said they would consult with communities to figure out the best solutions. A review of the Police Act initiated before the election is now on pause.*

Lyana Patrick, an expert in Indigenous health and community well-being at Simon Fraser University, said the conversation around mental health needs to shift from focusing on the individual to building strong communities if the system is to serve the particular needs of Indigenous peoples.

She wants the next government to focus more on community-scale solutions to mental health issues faced by Indigenous people as a result of historical and ongoing harms of colonialism, and on the importance of connection to culture and community for healing. 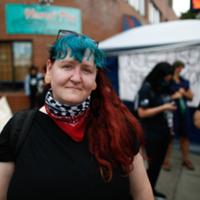 BC Pauses Bill that Would Permit Youth Detention after an Overdose

“I do really see the huge importance of self-determination in health programming and services, and capacity of Indigenous organizations to deliver that themselves,” said Patrick, who is Dakelh from the Stellat’en First Nation in northern B.C.

She and Cheung agree that educating professionals and working to make the mental health-care system safer for Indigenous peoples and other racialized communities is important, but that the much-needed transformative change and care is already being done by those communities themselves.

The next government should fund this work and then work with communities, the said.

“I’m not sure we have the luxury to wait or completely transform [the current system] to meet Indigenous needs,” said Patrick. “We just have to do all this work at the same time.”

*Story updated on Oct. 16 at 10:06 a.m. to include information from the NDP received after deadline.