The pandemic has highlighted the big gaps in supports for people with intellectual disabilities in B.C., says Inclusion BC, which represents families and more than 60 advocacy organizations.

But getting their issues on the agenda has been a challenge in a short campaign after a snap election call.

Inclusion BC wants the next government to work on accessible housing, tailored mental health services and family care supports for people with intellectual disabilities.

But so far, it’s seen little evidence the parties are paying attention.

“There are many issues getting buried. Before March, we had a long list of important issues, and COVID-19 has been the great revealer for us,” said executive director Karla Verschoor. “As these systems are coming down or acting as a barrier... we got to see firsthand where things weren’t serving the end users.”

Inclusion BC posed seven questions to all three parties about their positions on support for people with intellectual disabilities last week. By Tuesday morning, the NDP and the Greens had responded and the Liberals were still working on their answers.

Some of the organization’s concerns echoed those of wider disability communities, including calling for the $300-pandemic increase to disability and income assistance benefits to be made permanent.

But Inclusion BC also says the complex and often misunderstood nature of many intellectual disabilities calls for more targeted employment, home care and mental health support, particularly for youth and children.

Many worked in sectors like hospitality and tourism, which were the first to suffer. COVID-19 safety protocols further complicated work for many members of the community if they did not have the proper health or employer supports.

The BC Liberals and the NDP have both committed to maintain assistance rates, but the future of the $300-pandemic top-up is still uncertain. The Greens said in their response to Inclusion BC that they would make the top-up permanent and index benefit rates to inflation.

“We have to eliminate bias against people with intellectual disabilities,” she said in a previous interview.

It’s a commitment Verschoor is enthusiastic about. “I strongly believe in employment for everybody, we just need to shift our thinking about what that looks like,” she said, noting that work often helps ease isolation and foster connection in the community.

Stephanie Hendy, Green candidate in Vancouver-Langara, wants to ensure people of all abilities are able to live comfortably, even if they are unable to work.

She said the Greens would work to ensure promised federal support for people with disabilities wouldn’t result in cuts to provincial benefits. The party would push to expand medical coverage for prescription drugs and therapies when people don’t have extended benefits through an employer, she said.

“There’s this assumption everyone has extended benefits,” said Hendy, who lives with a chronic illness herself. “There are so many drugs you can’t access, and mental health resources, it’s extremely frustrating.”

Verschoor said that many people are dealing with mental health issues and intellectual disabilities, and B.C. has a lack of qualified professionals to provide targeted care.

“Stigma around both makes it hard to untangle those two,” said Verschoor. “And there’s not access to people who are qualified to talk about that in supportive ways, so people are doing support without training out of necessity.”

In the NDP’s response to Inclusion BC, the party touted its Pathway to Hope strategy for mental health and said it would be happy to meet with Inclusion BC to expand it to include a “comprehensive mental health strategy to support people with intellectual disabilities.”

Both the Greens and the Liberals have committed to increased spending for mental health supports but haven’t specifically earmarked funding for people with intellectual disabilities.

One of the pandemic’s silver linings was the reinstatement of an information and advocacy support service for people with intellectual disabilities in the health-care system, which ended under the Liberals in 2009. The service was brought back because many people were denied family supports in appointments with doctors and other providers because of pandemic restrictions.

Verschoor said the service is a lifeline for people, helping them access community-based care, providing an advocate to counter bias in the health-care system and letting them make informed decisions about their care options.

She wants to see pandemic measures made permanent to ensure the dignity of people with disabilities in the health-care system.

While parties have spoken to issues of disability and accessibility, Verschoor said it’s telling that none of the party platforms explicitly mentions people with intellectual disabilities.

“We forever and always seem to be the afterthought,” said Verschoor. 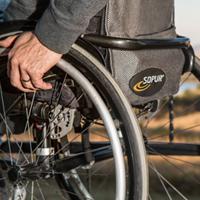 What Disability Advocates Want, and Where the Parties Stand

Inclusion BC wants to see more accountability for school boards and administrators and a requirement that they make inclusion and support for students with intellectual disabilities essential, not something that happens only when there are leftover funds.

Government needs to commit to providing respite and care support for families based on its own standards, Verschoor said. Many people are getting just half the hours of dedicated nursing support they’re entitled to under government policy due to staffing and budget shortages, she said.

That means the “window of opportunity” to support young people and help them into adulthood is lost, Verschoor said.

Government should be providing all citizens with opportunities, she said, not relying on non-profits and parents and volunteers.

“I can’t express enough that universal means everyone. There’s not this magical sector out there that is taking care of people if the government doesn’t do it.”