The pandemic has disproportionately infected and killed Black and Indigenous people across the United States, and advocacy groups in Canada want to know if this is the case here as well.

But the province hasn’t been recording the race or ethnicity of people who are tested for COVID-19, infected or dying, provincial health officer Dr. Bonnie Henry said Monday, nearly two months after she said her team was looking into how to do this.

“We have not been collecting [race-based data] systematically for cases right now,” Henry said when asked by The Tyee.

Data on the economic, health and social impacts of the pandemic gathered in a voluntary provincial survey will include results based on race and ethnicity, she said. Over 300,000 B.C. residents completed the survey, which closed on May 31.

“We will start presenting that as soon as some results are ready,” she said.

Amid protests against police brutality and anti-Black racism in Vancouver and around the world — sparked by the separate killings of Regis Korchinski-Paquet, George Floyd and Breonna Taylor at the hands of police — advocates are drawing further attention to the effects of systemic racism on the health of racialized communities.

Racialized individuals often face discrimination in accessing health care, work in precarious sectors where they deal with the public and are stigmatized if they do fall ill.

“The big determinants of health are how much money and how much power you have,” Farah Shroff, a global public health expert at the University of British Columbia told The Tyee in April. “And health status is a way of measuring equity.”

Advocates have long been drawing attention to Canada’s lack of race-based data to measure how systemic racism affects health education and economic outcomes.

The Black in BC Mutual Aid collective is joining those calls after being in touch with among the most-in need in the province.

The collective of nine Black activists has been crowdfunding and distributing over $15,000 in micro grants of $100 to Black individuals across B.C. who are struggling due to the pandemic.

The application is low-barrier and open to any of the approximately 43,500 Black people living in B.C.

“It's a really hard time for a lot of Black families,” said Emmanuela Droko, who has been administering and working to distribute the funds. “They’re just so happy that there’s some sort of support even though it isn’t a huge amount of money, and to know that there’s a space out there that does acknowledge and centre Black experiences through COVID.”

But the collective feels that “mutual aid is an indicator of what government should be doing.”

“It’s a stop-gap,” said collective member Giovanni HoSang in an interview Tuesday. “We are centring the work of community, our centre is in a caring community, especially the most disproportionately affected within this group.”

And they say it is impossible for government to respond to community-specific needs effectively without collecting the information needed to understand the toll.

“The collection of this disseminated race and socio-demographic data will allow us to shed more light on the things that we already suspect but cannot describe in full detail because we don’t have the data to back it up,” said collective member Kevonnie Whyte.

“And with that, you can actually start calling for targeted funding... recovery measures that are not just throwing money into the air,” HoSang added. “Putting money and resources where communities are impacted the most.” 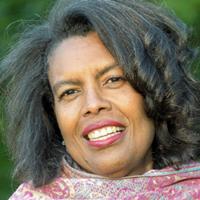 Race Matters in a Pandemic, But We’re Not Gathering Basic Data

The collective’s May 23 call for race-based data joins calls from the Federation of Black Canadians, the BC Community Alliance and the Tulayan Filipino Diaspora Society.

B.C. would become just the second jurisdiction in Canada to collect and report race-based data if it answered the organizations’ calls.

In the City of Toronto, which began collecting race-based data in April, cases are most highly concentrated in the neighbourhoods with the highest density of Black residents.

The stakes are high for racialized communities in Vancouver, particularly if leaders cannot understand and measure the scale of harm the pandemic has wrought.

“One of the reasons why Canada can believe it doesn’t have a race problem is because we don’t have the data to back it up,” said Whyte. “Collecting this data will be the start of showing what really exists and beginning to come to terms with the reality of our structural racism.”