It's not that Dr. Yuthika Girme disagrees with provincial health officer Dr. Bonnie Henry, exactly. She just has some different thoughts about dating.

“If you're going to start a relationship with somebody,” Dr. Henry said last week, “this is not the time for rapid serial dating, OK? Pick somebody, see if it works, then take your time.”

Since Dr. Henry has essentially taken on the role of provincial mom, it was inevitable the subject of dating was bound to come up. And Dr. Henry's advice was bound to be sensible. But as Dr. Girme points out, dating doesn't really work that way. “I don't think it's realistic to pick just one person to date,” says the SFU assistant professor of psychology. “Because what if you picked someone and then within the first day you're like, actually, they are uninteresting to me?”

Dr. Girme also thinks that, with proper social distancing, single people should not have to follow a different set of rules than others. “If people in relationships are catching up with their friends and family, why should single people not be allowed to catch up with people they are dating and have a face-to-face interaction with that person?” she asks.

It's not very distant from Dr. Henry's own message, which is essentially one of caution, not prohibition. “If you're going to be pulling them into your small circle,” Dr. Henry said last week, “make sure you're the only one in their circle as well. If they are someone who has been with a whole bunch of other people, then your risk would go up.”

“Just be more open in conversations about what the other person is comfortable with,” Girme adds. “You can go out for a picnic. You can still interact face to face. And if there are singles who want to get physically involved with dating partners, I think they just need to have open discussions about ensuring everyone is going to be safe and comfortable. If they are thinking about getting physically intimate it might require a conversation about the exclusivity of that relationship. That's a risk anyone is going to be taking. I leave it to health authorities as to how we manage that safely. But I think it would be foolish to expect single people to isolate as if those needs aren't important to them.”

But the issue of how single people are handling the COVID-19 situation is just as interesting. “I think there are a lot of preconceived notions about how people are handling the situation, both those who are single and those in relationships,” Girme says. “The biggest assumption people are making is that single people are really struggling. I don't want to discount that. This can be a really isolating experience. But I also think there are a lot of single people for whom this is just part of their usual day-to-day and they are probably quite happy doing what they always do, living in their space.”

“Singlehood is such a multi-faceted experience,” she says. “No one expects people in relationships to all be the same, or that every relationship is the same. So why do we think that single life is always the same?”

When it comes to mental health while in isolation, perhaps the issue of single vs. couple is less crucial than introversion vs. extroversion? “I think that hits the nail on the head,” she says.

“There is a lot of research that suggests single people typically experience lower life satisfaction and well-being than people in relationships. But I don't really think that's so much about their relationship status per se. There are other societal factors. Single people are quite often discriminated against, they are pressured to settle down and find someone. All of those things can contribute to people's well-being.”

In a culture where virtually every movie that doesn't end with the Apocalypse will instead feature a happy couple walking into the sunset, the lack of single role models can be trying.

“When I was growing up the narrative of the single person was very much the Bridget Jones's Diary version,” Girme says, “the spinster who's absolutely desperate to be in a relationship and it's very tragic and sad. A lot of that has been really debunked by research. Single people tend to have very similar personality traits to those in relationships. It's not that people are single because there's something inherently wrong with them. There are societal expectations that are placed on people who are single that makes it difficult to enjoy single aspects of their lives without feeling pressure to settle down.”

For single people, getting past the looming Bridget Jones/Hallmark Movie of the Week archetype can be the key to contentment. “Part of what drives the unhappiness that comes with singlehood is when people actually buy into these narratives,” Girme says. “We have some unpublished research that suggests when single people endorse the idea that they have to be in a relationship to be truly happy, that can be very bad for their singlehood experiences. It can make them more anxious and fearful about being single and ultimately that can undermine their life satisfaction.”

Yet the idea of being happily single just doesn't sit well with many people. “It's like comparing people who are in a monogamous relationship to people who are in a consensually non-monogamous relationship,” Girme says. “You see the same kind of resistance. People get really judgmental about those who want to lead a life that doesn't conform to the usual heterosexual narratives.”

At one point last week Dr. Henry appeared to slyly endorse what might be called Skype sex. “I think many people have adapted to online and talking online and having encounters online that can be quite, um, helpful in that regard,” Dr. Henry said.

Presumably then even Zoom sex should be an option among consenting adults. “We can still have virtual connections,” Girme says. “We live in an era that affords us digital technology to maintain and seek close relationships with people. It's been on the table this entire time. People have been dating using online apps websites, being safe by interacting with partners online. That can still include having virtual dates over Skype and Zoom.”

As for couples, this is certainly a testing time for them as well. Girme recently tweeted that couples are likely to come out of this experience “divorced or pregnant.”

Being cooped up together with few other social outlets is a challenge “some couples will embrace,” she says, “and come back stronger. It might force them to sit down and have difficult conversations about issues they have been able to avoid by not being in the same space 24-7. But I think with some couples those challenges are really going to come to a head. Some issues might even get exacerbated because of the current context.”

“They often say, ‘Always go travelling with anyone you are thinking about settling down with,’” Girme says. “More often than not couples find things like travelling together really stressful, and some people are able to cope with that. I think quarantining with families and partners is like a boot camp, one of those relationship challenges, testing the limits of a relationship.” 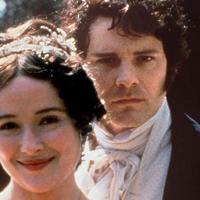 Falling in Love During Coronavirus? Do as Jane Austen Did

Unfortunately, increased domestic stress also means more domestic violence. “There's a lot of relationship conflict happening,” Girme says. “We've gotten very used to separating our work life from our home life. There are also going to be a whole set of other individuals who aren't able to manage this in constructive ways. How do we protect those people? There's nowhere for them to go.”

For most reasonably healthy relationships, though, a certain amount of conflict can be beneficial. “If couples are open to having discussions about those challenges and ways to navigate those challenges it's going to be great exercise,” she says. “Even just to identify what are the pressure points in their relationship — issues around intimacy or time management, gendered role issues that are coming up that weren't as prevalent before. Whatever it is it raises those questions to the surface.”

Singles and couples will bring different dynamics to the current situation. But there is still one group that is being overlooked in this discussion. “I have two cats,” Girme says. “They're happy about having my husband and me around. But they are not particularly happy about having our toddler running after them.”

Are there scratch marks on your wall? Even though you don’t have a cat? Whoever's home at your place is probably counting the days.