We know COVID-19 has changed life in Greater Vancouver.

Some of the effects are obvious, from empty streets to shuttered businesses.

But our lives are being changed in ways that aren’t evident — until you look at the statistics for everything from electricity use to pet adoptions.

Here are 11 numbers that tell the story of pandemic life in the region.

But on May 3 the City of Vancouver recorded an 18-per-cent reduction in bicycle traffic and a 65-per-cent decrease in pedestrian traffic from last year.

Lon LaClaire, the city’s general manager of engineering services, told The Tyee that the number of cyclists on commuting routes is down while the number on leisure routes such as the Seawall is up.

That means it’s easier and faster to get around. TomTom tracks congestion in cities around the world. It reports a big decrease in traffic jams in Vancouver. On Wednesday, for example, an evening rush hour trip that would have taken 40 minutes in 2019 took an average 28 minutes.

3) And even emptier buses and SkyTrains

The regional transportation authority announced that it is losing $75 million each month. It is seeking emergency funding from the provincial and federal governments after suspending bus fare collection, limiting seating on buses and reducing service.

After more than 350 millimetres of precipitation fell between January and March, spring weather brought people outdoors.

And not all of them were heeding physical distancing guidelines to prevent the spread of COVID-19.

The City of Vancouver had issued 8,660 warnings to people at beaches and parks disobeying physical distancing rules as of Tuesday.

The widespread failures led Vancouver to be nicknamed the “Florida of Canada,” a reference to students on spring break who attended crowded beach parties in the state in early March.

5) Home electricity use is up, and business power use down

Residential electricity use increased nine per cent in the last two weeks of March compared with last year, BC Hydro reports. Residential use peaked later in the morning as more people worked at home, declined in the afternoon and peaked earlier in the evening than before the pandemic.

Commercial use fell by four per cent as many businesses closed or reduced hours, with BC Hydro noting lower demand from restaurants, hotels and offices after March 23.

The City of Vancouver recorded 381 noise complaint cases filed through its 311 line in April, representing a 46-per-cent increase from last year.

Between March 16 and April 16, the noise complaints for businesses — such as bars, restaurants and patios — decreased by 75 per cent. Meanwhile, residential noise complaints about people or party noises skyrocketed, marked by a 118-per-cent increase.

But whatever the reason, Greater Vancouver residents are keen on the chance to bring a foster cat or dog into their homes.

Home at Last Dog Rescue in Surrey usually gets about eight applications a month from people who want to foster animals.

In March and April, it received 1,150 applications, said executive director Maureen Pickell. And since the pandemic struck, people are also less picky about the kind of dog they’re willing to take home, she added.

Cross our Paws Rescue received 40 foster applications in March and April. Last year, no one was looking to care for pets waiting for permanent homes.

The Vancouver Orphan Kitten Rescue Association received more than 500 foster applications for cats in March and April. Paws for Hope, a Maple Ridge-based animal charity, launched their foster-care program this April and has already received 30 applications.

BC SPCA received 240 foster applications in March after circulating a digital announcement recruiting foster volunteers, a 471-per-cent-increase from last year when they received 42 applications.

On March 30, the city suspended enforcement of most parking bylaws, including rules around meters, rush-hour zones, residential permit-parking and time limits.

But as of April 30, parking enforcement is back on.

In March, 3,200 tonnes of garbage were collected from single-family homes in Vancouver. That’s a 19-per-cent increase from 2019, when 2,700 tonnes were collected.

Albert Shamess, director of waste management and resource recovery for the city, told The Tyee that he is expecting this number to increase for April, as people spend more time at home.

More than 2,000 tenants of private single-room-occupancy hotels are receiving daily food relief — including meals and food hampers — as part of a new food program supported by the City of Vancouver. 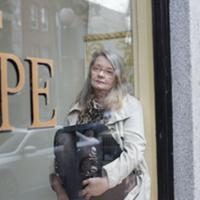 Portraits of Our Self-Isolation

Food insecurity is a growing concern in the region. The demand for Greater Vancouver Food Bank services is rising as more new clients are registering. As jobs dry up, students at the University of British Columbia are forced to choose between paying rent or buying food.

The provincial unemployment rate in March was 7.6 per cent, compared to 4.7 per cent in 2019. April is expected to be worse.

But percentages don’t tell the story. According to Statistics Canada, there were 42,000 fewer full-time jobs this March and 109,000 fewer part-time jobs compared to last year.

Just between February and March 132,000 jobs disappeared — about five per cent of employment in the province.