Why fly and rent a room when you can Skype and Zoom? Having stuck us at home, COVID-19 is forcing everyone to meet online.

For academics who’ve long questioned the costs and merits of travelling to international conferences, the crisis is proving there is a better way.

The 25,000-member American Educational Research Association holds a general meeting every spring in different cities, a chance for scientists, teachers, students, administrators, state and local agencies, counsellors, and evaluators to network and compare findings. Not this year.

On March 6 the AERA announced that they would be cancelling their conference scheduled for April. Instead, due to the pandemic, the meeting will be “virtual,” organizers told members. They cancelled that idea, too, after taking a hard look at it, “given the pressures brought about by the coronavirus outbreak.” But there are models to emulate.

Geoffrey Rockwell, professor at the University of Alberta and director of the Kule Institute for Advanced Study, has since 2013 been helping conduct a yearly Around the World Conference on carbon reduction that is live-streamed globally and archived online.

The original reason was the climate crisis. “Flying is one of the worst things you can do for the environment,” he told The Tyee.

But he said he’s discovered another key benefit — online conferences can be more diverse and inclusive.

“Every time I go to a conference in my field, it's the same type of people,” he said. “It’s white men and women from first world universities that have budgets to send them.”

He said the virtual nature of the Around the World Conference allows him to include bright minds from all corners of the globe. In some cases, the academics could not have afforded to travel or would have been denied visas.

What about people in places where the internet service isn’t good enough to support streaming applications like Zoom or Skype? There are hacks, Rockwell noted. “One of the best sessions we ever had was a group in Nigeria. Four or five of [the participants there] sort of sat around and had a conversation and they had some students record the conversation on their cell phones and then they edited the video and they uploaded it to us.”

Rockwell’s conferences, like many in recent years, also incorporate Twitter into the workshops so that people beyond the walls can interact.

Rockwell believes the realities created by COVID-19 will shift people’s expectations. “One of the hardest things to do is to change the sort of habits in the culture of people,” he said. Pandemic-fighting measures have forced “a whole mess of people” to “figure out how to put their courses online. I think that will create a much higher comfort level. They'll realize hopefully that this is doable and it wasn't any more complicated than face to face.”

Kim TallBear, associate professor of Native Studies at the University of Alberta, shares that hope. “The kind of travel that we engage in as academics is emotionally and physically unsustainable, as well as unsustainable for the planet.”

Simon Donner wondered if the environmental cost could be measured. So the geography professor at the University of British Columbia co-authored a study calculating the impact of flying to academic conferences. Among the findings: Business-related air travel at UBC totalled between 26,333 and 31,658 tonnes of CO2 each year, equivalent to 63 to 73 per cent of the total annual emissions from the operation of the UBC campus.

“There's a significant amount of air travel that maybe isn't as necessary, where you're only going somewhere for one night to give a talk, and that's something that we could replace with virtual technology,” Donner told The Tyee.

Reducing unneeded travel is a major topic of conversation at the climate crisis committee that professors Sean Holman and Tim Haney co-created at Mount Royal University in Calgary.

Holman, who teaches journalism, says that when he has to fly for conferences to speak publicly, he starts with a climate crisis acknowledgement, explaining attendees what it cost the environment for him to be there.

“It may be worth the environmental costs to fly if whatever activity you are engaging in has enough social or political value, although that's even still a difficult argument to make,” Holman said.

Haney, an environmental sociologist, recently cancelled a trip to a conference because of the pandemic.

“I think there's some real value to conferences that you don't get when you do them in a virtual way,” he said. “But we need to ask ourselves, as an academic community, if the benefits outweigh the costs.”

That question may be tied to age, noted TallBear. For academics starting out, in-person meetings in new places can be key to learning and forming alliances.

“I do recognize the value of travel for especially younger people that haven't built those global connections,” she told The Tyee. “One of the things that I'm recognizing is that maybe older people like me who are more established in our careers, maybe we should not.” 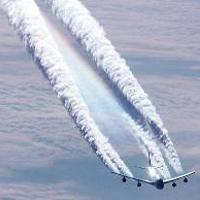 Confessions of a Polar Bear Killer

And the realities of staying home until the COVID-19 crisis lifts will only hasten that shift, Tallbear expects. “Changing the culture is the way to go. We may be moving towards that more quickly with this pandemic.”

“Doing more virtual conferences, virtual meetings and virtual workshops,” would indeed mean a “big change” in the culture of higher education, said Donner. But he expects people’s resistance to recede as the technology improves. “We're getting newer and better ways to do this. We're also getting better at how you organize these sorts of things, and how you make them interactive.”

Around the World Conference creator Rockwell, meanwhile, is having time to reflect on the future of virtual get-togethers. He is self-isolating in Montreal after returning from a trip to Europe.

“We managed to catch the last Air Canada flight out of Italy,” he said.