Having dropped one bombshell report this month warning that our food choices are destroying the world, the British medical journal the Lancet has now dropped a second that says we’re now in a perfect storm of undernutrition, obesity and climate change.

The Lancet calls it the “Global Syndemic.” The report’s authors say we’re facing three pandemics — undernutrition, obesity and climate change — that are interacting to form a “synergy of epidemics,” or syndemic, and it’s a global problem.

Here’s how it works. Undernourished children in low-income and middle-income countries suffer from stunting, which makes them smaller than well-nourished children. But it also makes them more susceptible to obesity (which affects kids and adults in high-income countries even more). By 2015, obesity was affecting two billion people around the world. They’ve been set up to die of cardiovascular diseases, Type 2 diabetes and some cancers.

The report says, “Economic losses attributable to undernutrition are equivalent to 11 per cent of the GDP in Africa and Asia, or approximately $3.5 trillion annually.” As we add another billion undernourished people by 2030, those losses will worsen.

Meanwhile, climate change is having serious effects on human health, bringing “crop failures, reduced food production, extreme weather events that produce droughts and flooding, increased food-borne and other infectious diseases, and civil unrest.” Those climate effects, the report says, will end up costing five to 10 per cent of global GDP, while investing just one per cent of GDP could stop the increase in climate change.

The Lancet report is blunt about why we do so little, citing “the power of vested interests by commercial actors whose engagement in policy often constitutes a conflict of interest that is at odds with the public good and planetary health.”

For example, “The fossil fuel and food industries that are responsible for driving the Global Syndemic receive more than $5 trillion in annual subsidies from governments.” In other words, we’re spending our tax dollars on the razors that are cutting our own throats.

Among its recommendations, the report calls for “double-duty” actions, things like promoting public transit, which results in both increased physical activity and reduced greenhouse gas emissions.

Health Canada’s recently updated food guide is largely in step with the Lancet report. But the meat and processed-food industries are fighting the changes, just as the fossil fuel industry has fought action on climate change.

To counter such lobbies, the report recommends “collective approaches to common challenges” by building new coalitions both nationally and internationally.

The report is vague on what “collective approaches” might be, but plenty of interest groups could form formidable coalitions: for example, teachers and parents’ groups could join forces with health-care workers, unions and employers’ associations to push for better-fed, more active and fit youngsters. After all, they would learn better, fall ill less often, and be more reliable workers and managers. They would also contribute more in taxes and require less in health services. 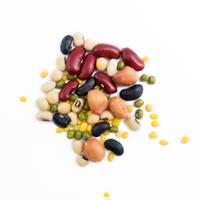 At present, the report tells us we are spending 2.8 per cent of the world’s GDP to deal with the health-care costs and lost economic productivity of obesity. It cites a World Bank estimate that investing $70 billion over 10 years would let us meet the United Nation’s targets for reducing undernutrition and generate $850 billion in economic return.

That might be tough on the business plans of the fossil fuel and processed-food industries, but their plans are based on Keynes’ observation that “in the long run we are all dead,” so eat, drink and make money while we can.

In the long run we are indeed dead, but our children and grandchildren will be alive. They in turn will be concerned about their own children and grandchildren. The next few generations will endure some very bad times. But if we can form the kinds of national and international coalitions called for in the Lancet report, we — not the industrial lobbies — will make the future far better for everyone.