Adding a vice to a culture is always easier than removing it. Consider, as examples, alcohol, tobacco, marijuana, and the hamburger. Despite all we know about the harm we do to ourselves and others by indulging in these vices, we persist in them.

Now, however, Canada is facing serious pressure to scale back on one of those vices — the hamburger and the whole spectrum of red meat. We can expect pushback from beef producers in Alberta and elsewhere, but we may also find powerful support from most Canadian farmers. That’s because Canadian agriculture can play a decisive part in improving global health, saving lives, and slowing climate change — while enriching our farmers.

The pressure comes from a new report by the EAT-Lancet “Commission on healthy diets from sustainable food systems,” published in the British medical journal The Lancet. Titled Food in the Anthropocene, the commission report argues that we’ve been digging our own graves with our unsustainable gluttony, and only making matters worse for the climate and the environment.

Right now, the report says, “more than 820 million people have insufficient food and many more consume an unhealthy diet that contributes to premature death and morbidity.” And to produce this dreadful food we are damaging or destroying local ecosystems and threatening the Earth system itself.

By 2050, 10 billion of us will be on the planet, enduring an ever-increasing burden of non-communicable diseases like diabetes and heart disease, while greenhouse-gas emissions increase and agricultural production suffers from nitrogen and phosphorus pollution and scarcity of clean water. Switching to healthy diets would have dramatic benefits, starting with the saving of about 11 million lives a year. That’s 30,000 people a day, or 1,255 an hour.

But it wouldn’t be easy. The Lancet report calls this a “Great Food Transformation,” and admits “the problems outlined in this Commission are not easily fixed.” It calls for international commitments to shift to plant-based foods, to intensify high-quality production of healthy food, and launch an “agricultural revolution that is based on sustainable intensification and driven by sustainability and system innovation.” 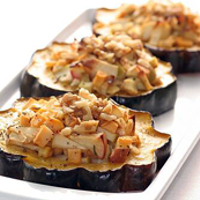 100-Mile Diet: Your Body Will Thank You

The goal of this revolution would be a “healthy reference diet” of 2,500 calories a day based on whole grains, vegetables, fruits, legumes (beans, lentils, and peas), with just 150 calories from animal protein like beef, pork, lamb, poultry, eggs, and fish.

Clearly, over the past 60 years our eating habits have changed, and it’s ironic that over a half century of rising global prosperity has changed the eating habits of billions of others as well. China’s prosperity since the 1980s led to a demand for far more animal protein, including that of wild animals. That in turn led to SARS jumping from civet cats to humans. Meanwhile, expanding Chinese poultry production encouraged avian influenzas like H5N1 and H7N9. China is now battling a nationwide outbreak of African swine fever, which doesn’t affect humans but threatens China’s pork supply.

And it’s not just China. Obesity is now a worldwide consequence of cheap junk food and sugary soft drinks, resulting in soaring rates of diabetes and heart disease. The Saudis consume over 3,000 calories a day and suffer a 24 per cent diabetes rate.

By comparison, Canada has a nine per cent rate of diagnosed diabetes, projected to rise to 11 per cent by 2028. Add the undiagnosed and pre-diabetes cases, and 10,765,000 of us — 28 per cent of Canadians — are in trouble. The percentage will rise to one in three in 10 years. The direct cost to our healthcare system is $3.6 billion today, expected to rise to $4.7 billion by 2028.

So diet is not just someone else’s problem. The way we eat now is making us sick and killing us before our time. Worse yet, the way we grow our food, especially our meat, is devastating ecosystems and aggravating climate breakdown. A recent book points out that the Earth’s biomass of large land mammals now consists of 30 per cent humans, 67 per cent domestic animals, and three per cent wild animals — elephants, tigers, caribou, wolves, gorillas, zebras, and so on.

Grim as this may seem, Canada is in a good position to help launch the Great Food Transformation. Health Canada recently issued a new Food Guide that is generally in line with The Lancet report. We are already one of the world’s great grain producers, with wheat and canola covering almost 50 per cent of our field crop area. At least as importantly, the area given to our legume production — beans, peas, lentils and chickpeas — has risen sharply since the 1980s. Farm cash receipts for pulses soared from $56 million in 1980 to $1.5 billion in 2010.

Granted, receipts fell in early 2018, but growing worldwide demand should soon reverse this trend, while demand for soybeans also rises. So we should be self-sufficient in important plant proteins while also supplying enough meat and dairy to feed ourselves. As demand falls for cattle and pork, we can meet our own needs and export our surpluses while scaling down those industries to sustainable levels. 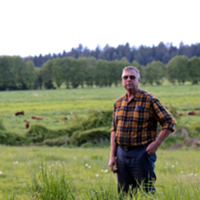 Farming’s Fragile Future in BC

The world is not going to abandon junk food and sugary drinks overnight. Pastoral peoples from the Mongols to the Maasai to the Albertans will define themselves by their livestock until heat and drought kill off their herds. But if we can plan to meet the growing world demand for plant protein and vegetable oils, we can help even the pastoralists get through a hard transition to a new culture.

Canada can lead that transition by subsidizing production of sustainable foods and encouraging research into growing such foods under rapidly changing climatic conditions. Much of the Central American migration to the U.S. is driven by a persistent drought. If we can develop crops that thrive on little water, fewer ruined farmers will head north in desperation.

Sure, it will be expensive. But we’ll save much of what we now spend on public health, while more of us will be healthy and productive through a long old age. That alone should be inducement enough to adopt The Lancet’s Anthropocene diet.