The Supreme Court of British Columbia has temporarily ruled that Marine Harvest has a right to keep protesters off its floating farm systems, but it can’t prevent biologist Alexandra Morton from taking samples in public waters.

After First Nation protesters boarded and occupied two farms in the Broughton Archipelago last year, Marine Harvest, a Norwegian-based corporation, asked the court to create a 20-metre exclusion zone around its embattled operations.

In her decision, Justice Miriam A. Maisonville agreed to half of the request.

“Given the evidence of the intimidation being carried out against Marine Harvest’s employees by the defendants, there is a necessity to have a buffer zone,” Maisonville ruled.

But the judge added that “that there will be an exception for Alexandra Morton to personally take samples within the buffer zone” but only in a 2.6 metre boat.

“We were successful in having the judge realize that that company was over-reaching with its 20 metre request, and the judge limited the exclusion zone to buoys located 10 metres from the facilities,” said Morton’s lawyer Greg McDade.

Morton told The Tyee that she had bought a 2.6 metre toy plastic boat to comply with the law but added, “Clearly the judge has never been on a boat on this coast.”

Until the injunction, Morton had been sampling from a 2.9 metre registered boat.

Meanwhile, Morton filed a complaint with the RCMP this week after a boat with blackened windows shadowed the scientist for hours several days ago.

“They followed me when I went fishing and they were going to follow me home. I followed them across Blackfish Sound and asked, ‘Who are you and why are you following me?’”

Morton said no one on board would answer her question.

“Having boats follow you with blackened windows is not normal behaviour on this coast and is something we don’t do here,” said Morton. She suspects that files on her personal computer had also been hacked because she can no longer open them.

Jeremy Dunn, spokesperson for Marine Harvest, confirmed that it had hired a local Campbell River company, Safety Net Security, to lease the boats.

Dunn described the security boats as “mobile health and safety teams on the water” that provide support to our multiple farms in the area “targeted by activists to enable our employees to focus on caring for their fish.”

He explained that windows in some of the boats “have been tinted to reduce sun glare from the ocean and keep the interior of the vessel cool in light of very warm weather conditions.”

In her decision, Maisonville declined to address major issues raised by the ongoing dispute such as First Nation rights (First Nation protesters claimed that Marine Harvest is trespassing on their territory without their permission) as well as the privatization of ocean water by fish farms.

“When the province gives a licence to a fish farm are they giving away property rights or are they simply granting the right to operate a fishery?” asked McDade.

“The judge punted that issue and said it would be serious question for a trial to decide.”

In court McDade argued that provincial fish farm leases specifically state that the operations are not to interfere with public access to the ocean.

Over the last month the Martin Sheen has taken Alexandra Morton, a well-known published researcher and wild salmon advocate, to many coastal fish farms.

“I consider it legitimate and important to document and expose the disease contamination released by salmon farms into B.C. waters,” Morton said.

Her research as well as studies in Scotland and Norway have shown that the industry is having a cumulative impact on wild salmon stocks over time.

The Namgis First Nation of Alert Bay is suing the federal Department of Fisheries and Oceans as well as Marine Harvest to stop the transfer of PRV-infected farm fish into its territory.

Morton is also suing DFO and Marine Harvest for failure to screen farm salmon for PRV prior to transfer into marine pens.

Members of the Musgamagw, Namgis and Mamalilikulla nations occupied both Marine Harvest’s Swanson and Midsummer farms last summer in an effort to reassert aboriginal rights and title.

Unlike some First Nations on Vancouver Island, the Musgamakw Dzawada’enuxw people have never given permission for Atlantic salmon farms in their territory.

They want Marine Harvest to close its 22 intensive feeding facilities in the Broughton Archipelago.

The provincial government is negotiating with three First Nations about the status of these licences in the Broughton over a 90 day period that started at the end of June.

At the same time the Musgamagw Dzawada’enuxw has filed a title claim to the region and is challenging the B.C. government’s decision to renew fish farm licences in its territory on a month to month basis. 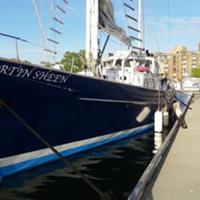 Knut Nesse, CEO of Nutreco — a global supplier of feed to fish farms, admitted the scale of the challenge at a recent industry conference.

“One important factor is that we lack in the ability to manage diseases properly,” Nesse said. “This is why we have to invest more in research and development in looking at new production systems, such as contained solutions. This will enable us to better control the animals and the environment.”

“We respect the right to peaceful protest, but have a responsibility to protect our employees from harassment and threats. We are thankful that the court has helped to preserve a safe workplace where our farmers can focus on raising healthy fish,” Jeremy Dunn, Marine Harvest director of community relations and public affairs, said in a prepared statement.