You can learn from the public disclosure statements for British Columbia’s MLAs that we have posted below that the software company founded by Todd Stone, a Liberal leadership contestant, had contracts with hundreds of public sector bodies in the province.

They included three agencies within the provincial government that manage pensions, all of which use meeting management software from iCompass Technologies Inc., and the company received income on “approximately 459 contracts with various school boards, universities and municipalities throughout Canada and the United States.”

Some 210 of those were in B.C., Stone’s disclosure statement says. The statement is dated Aug. 8, 2017 and became available to the public in early January.

The company, which Stone’s wife Chantelle remained a minority shareholder in according to Stone’s disclosure statement, reportedly sold recently to an investor from the United States.

Arrived at in consultation with conflict of interest commissioner Paul Fraser, the annual statements for each MLA and their families include assets, liabilities and sources of income, though they do not include dollar values. They also list any gifts an MLA may have received with a value greater than $250.

They are public documents, meant to provide transparency on the financial interests of MLAs, but they are not routinely available online. Instead, they can be had by request through the office of the clerk of the legislative assembly, something The Tyee makes a point of doing each year.

To make them more accessible, as a public service we are posting them ourselves, as we did last year.

In the disclosure documents you can learn that another BC Liberal leadership hopeful, former finance minister Mike de Jong, continues to have an ownership interest in half a dozen Abbotsford condos. Cross referencing with the BC Assessment Authority’s website, de Jong’s share in the four for which information is available gained about $90,000 in value last year.

Many of the MLAs own multiple properties. The NDP’s Spencer Chandra Herbert, who in opposition was a strong advocate for tenants, is the owner along with his spouse of an investment property on East Seventh Avenue in Vancouver. The pair are also 50 per cent owners of something described as a “recreational property” in West Vancouver and they own residences in both Vancouver and Victoria.

Energy, Mines and Petroleum Resources Minister Michelle Mungall and her spouse own two investment properties in Nelson and a third in Castlegar. They also have residential properties in both Nelson and Victoria, bringing their total holdings up to five properties.

The documents also list the shares and other investments MLAs hold, some of which may be relevant to the jobs they do for the public. For example, Transportation Minister Claire Trevena and her spouse’s investment portfolio includes shares of Canadian National Railway, a company whose business is likely to come across her desk sooner or later.

Aside from their residence, Green Party Leader Andrew Weaver and his spouse own a house and a condo in Victoria as investments, plus a recreational property in Parksville.

Few MLAs claimed gifts in this year’s batch of disclosures, but former Aboriginal Relations and Reconciliation Minister John Rustad is claiming three gifts that he received some time ago, including an $800 mask given to him in 2013 and two paddles worth $500 he received in 2014.

It’s unclear why Rustad’s gifts are appearing now. According to the relevant section of the Members’ Conflict of Interest Act, MLAs are supposed to disclose such gifts “immediately” to the conflict of interest commissioner.

Following are links to the 2017 disclosures for all MLAs sitting as of this writing: 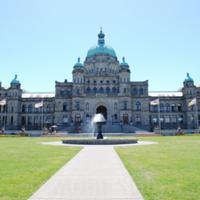