A preliminary report from the British Columbia Utilities Commission says the Site C dam is on schedule so far, but identifies risks to the budget and schedule and raises 73 questions for BC Hydro.

Energy, Mines and Petroleum Resources Minister Michelle Mungall acknowledged Thursday that the cabinet has a tough decision ahead on whether to continue with construction, while the Liberal MLA for Peace River South, Mike Bernier, said the government is creating uncertainty.

Mungall said the independent review of the $8.8-billion dam was overdue since the previous government exempted the project from BCUC scrutiny.

“There’s really no surprise that the BC Utilities Commission has more questions looking for more answers and BC Hydro will be accommodating them and working with them to deliver answers to those questions,” Mungall said. “I think every British Columbian knows that whatever the BC Utilities Commission advises at the end of the day that this government does have a tough decision to make.”

Bernier said the project was considered carefully before the former BC Liberal government decided it should proceed. “This project has been looked at for 30 years,” he said. “This has been reviewed and reviewed over and over again.”

The BCUC report confirms delays will cause cost overruns, Bernier said. “We need to move on, we need to get this project completed,” he said. “When you look at what the NDP did, putting this to review, it just left so much uncertainty now for the workers at the project.”

Approved in 2014, Site C will be the third of a series of dams on the Peace River and will flood an 83-kilometre-long stretch of the river to generate 1,100 megawatt hours of electricity, enough to power 450,000 homes per year.

Construction on the controversial project began in 2015 and former premier Christy Clark had said she hoped to move it beyond the point of no return before this year’s election.

In opposition the NDP complained that BC Hydro was overestimating future power needs and that electricity from Site C would not be needed as soon as the government claimed.

“The Panel finds that it is not yet in a position to assess the cost impact to ratepayers of continuing, suspending or terminating construction,” the report said. Its final report is due Nov. 1.

“The Panel has identified numerous areas of information gaps which require supplemental evidence and analysis from BC Hydro and/or the public in order to make definitive and conclusive findings.”

The project is being built on an aggressive schedule and could be delayed by a year and still meet its target of being in service in 2024, the panel found.

It could not assess whether it was likely to remain on schedule, the panel said.

Nor could they say whether the project is on budget. “The panel finds that it has insufficient information at this point to determine whether the project is within its proposed budget,” it said. “The panel requires more information on the current assessment of project spending, the value of outstanding claims and projected use of budget contingency.”

The consulting firm Deloitte’s review found scenarios in which Site C could cost 50 per cent more than budgeted, the report said. 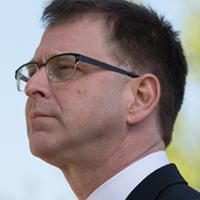 Using figures from BC Hydro and Deloitte, the panel agreed that about $2.1 billion has been sunk in the project so far and that terminating it and remediating the site would cost another $1.1 billion.

“There are many uncertainties that make it difficult to forecast future electricity demand given the considerable uncertainty surrounding economic growth, demographic variables, resources acquisition costs, future policy changes, technological and efficiency advancements, changes in customer behaviour and many other factors,” the report said.

“It is in the face of uncertainty that BC Hydro must ensure that there are adequate resources so that the lights go on when ratepayers turn the switch on and at the same time if it acquires or builds more resources than it needs there is a potential for unnecessarily higher rates for customers.”

The panel, which is beginning a series of input sessions with First Nations and the public, has asked BC Hydro for responses to its questions by Oct. 4.