BC Hydro planned to hide the fact that long-term demand for electricity in British Columbia is projected to decline, even as the Crown corporation works to greatly increase the amount of power it produces, NDP critic Adrian Dix charged in a recent letter to the minister responsible. 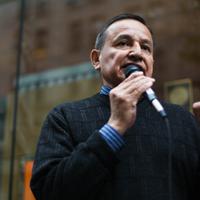 "Our energy future should be built on sensible planning and not on Liberal wishful thinking," Dix wrote in the Feb. 1 letter to Energy and Mines Minister Bill Bennett.

He pointed out that BC Hydro told the B.C. Utilities Commission at the Jan. 19 Rate Design Application Procedural Conference that it would only provide a 10-year forecast for energy supply and demand, instead of the previous practice of projecting 20 years ahead.

But a spokesperson for BC Hydro later said the utility produces both 10- and 20-year forecasts, and the next 20-year load forecast will in fact be submitted to the BCUC as part of the Rate Design Application regulatory process next week.

There was no immediate answer, however, to questions about why BC Hydro representatives had said otherwise at the January conference.

"That's good news, should that be the case," Dix said in an interview about BC Hydro's response. "That's not what they said two weeks ago."

The shortened forecast period was an issue at the hearing, Dix said, and that's what led him to write Bennett.

"The rationale for not providing this information is pretty clear," Dix wrote in that letter earlier this month. "BC Hydro's demand component is not growing as fast as planned. If the demand isn't growing as planned, then you don't need as much supply."

He questioned whether the $8.3-billion Site C dam on the Peace River, which is now under construction and would produce 5,100 gigawatt hours of electricity a year once completed, is needed as quickly as the government claims.

The justification for Site C was based on the 2012 Integrated Resource Plan forecast that showed demand would grow by 40 per cent over 20 years, Dix wrote.

"This view is now divorced from reality," he said. "Already, these forecasts are dramatically off. According to BC Hydro's second quarterly report released in December 2015, domestic demand is down dramatically."

Bennett said he hasn't noticed BC Hydro shortening the period of its long-term forecasts. "I'm not aware of Hydro having formally changed their approach to forecasting."

He said that the Integrated Resource Plan, which the government and BC Hydro use to make policy decisions, is based on a 20-year forecast for electricity supply and demand. "The long-term forecast is normally 20 years," he said.

A day later, Bennett said he had been incorrect that BC Hydro's forecasts are usually 20 years. "What I've been told is that with respect to the Rate Design Application, they use 10-year forecasts and always have. This year they're also in September planning to file a 20-year forecast as part of the same application."

Also, the upcoming Revenue Requirements Application, a separate process where BC Hydro justifies its rates, will use a 20-year plan when it's submitted at the end of February, he said.

Dix, however, said that the 20-year forecast from the most recent IRP hasn't been updated since 2012 and is already out of date. "They were wrong about three years, never mind 20," he said.

Bennett added that forecasting electricity use is an inexact science. "It's very, very challenging to know what's going to happen three years from now, let alone five, 10, 20 years from now," he said.

"But I do know Hydro has had its forecasting methodology tested twice by the [B.C. Utilities Commission]," he said. "They tested or reviewed the methodology used by BC Hydro, and the BCUC came to the conclusion that it was top notch, that it was as good as anywhere."

Dix may be wrong about the decline in demand, Bennett said. "I don't know what crystal ball he has," he said. "Adrian can go around saying it's going to be this, it's going to be that, [but] I'm going to put my money on the professional forecasters that work for BC Hydro."

BC Hydro's "Fiscal 2016--Second Quarter Report," which Dix quoted in his letter to Bennett, said that domestic demand had dropped by 1,740 gigawatt hours since it released its service plan for the year.

"Forecast sales in the large industrial, and commercial categories have decreased largely as a result of lower forecast customer load in the mining and pulp and paper sectors due to metal mine closures, closure of a major pulp and paper mill in July 2015 and lower commodity market outlook," it said.

In an interview, Dix said it isn't surprising BC Hydro would want to start giving projections for 10 years instead of 20. "The reason for this is pretty obvious. They're having trouble."

It's good news that BC Hydro is now saying it will provide the 20-year forecast to the BCUC, he said.

If there isn't demand to use the electricity from Site C, existing ratepayers will end up paying for the project, he said. The project should be delayed so that the utilities commission can examine it, he said.