Often by the time a young person gets to Rosie Forth they are at a crisis point.

Forth is the supervisor of Drive Youth Employment Services in Vancouver, which helps hundreds of young people find employment each month. Often it involves helping people with their backs against the wall.

“They just have to find something — anything — to afford this or that or to be able to stay in the city,” Forth said. “And that’s not a nice way to start your job search.”

Especially as youth have been “left behind” as employment levels have increased recently since the 2009 recession, according to David Macdonald, senior economist with the Canadian Centre for Policy Alternatives.

Vancouver’s housing crisis adds to the stress on young workers and those looking for a job, she said.

But the problem isn’t unique to Vancouver. Across Canada those under 25 are the one group left out of Canada’s recent economic good fortune.

In recent months analysts have praised the country’s economic performance. The employment rate is creeping toward pre-2008 levels and the Bank of Canada even announced a small interest rate hike to cool the economy.

Those over the age of 55 have been making the biggest gains in the job market.

But according to Statistics Canada data, the job situation for people under 25 years old isn’t improving.

Macdonald cautions against just using job statistics to determine the health of labour markets. But young workers are in a unique position, he said.

“The only folks that are still left behind are the youth under 25,” Macdonald said. “Nine years now after the great recession we still haven’t seen a full recovery for youth.”

He said full-time employment could be slow to recover because young workers are often cut first when layoffs occur, and many may only be looking for part-time work.

And as job opportunities shrink young people are likely to take an alternative path like going back to school, he says. The educational gains could be valuable, he adds, but could also lead to higher debt levels.

“If there was better work, better wage gains, lower unemployment in those groups, they’d be more likely to seek work,” he said.

Despite the grim statistics youth are optimistic, said Arlas Gillies, a youth services coordinator at the Calgary Youth Employment Centre, which helps about 10,000 people between 15 and 24 find employment each year.

“When youth come down and access service they’re quite keen, they’re always willing to take feedback,” Gillies said. “They usually have a fairly great attitude about it.”

Much of her work is helping young people access the “hidden” job market — employment gained through networking, cold calling and other methods.

They also encourage young people to start working in their chosen fields as soon as possible — even before they are finished school — because even entry levels jobs often require two to three years experience.

“Youth typically have had a high unemployment rate,” Gillies said. “Now what we’ve seen is they have to be willing to do contract or do some of those part-time jobs to get their foot in the door.”

Such barriers to even entry-level work are familiar to Niki Ashton, New Democrat MP and party leadership candidate.

“It’s something that’s not being taken seriously by the government,” Ashton told The Tyee in a phone interview. “We had [Finance Minister] Bill Morneau late last year tell us to get used to the job churn. Prime Minister Trudeau has been largely dismissive of this reality.”

Ashton said she met many people with higher education working in bars, coffee shops or retail on her tour. Some were doing such jobs while trapped in a cycle of free internships they hoped would lead to full-time work in their fields.

Government outsourcing and austerity is part of the problem, she argues.

She worries the effect of this “emerging crisis” on Canadian society.

“What does a society look like where people aren’t able to engage in gainful employment and re-invest in our social safety net?” she said.

The federal government said it invests $330 million every year in a youth employment strategy. The Employment, Workforce Development and Labour department announced an additional $395 million over three years earlier this year. 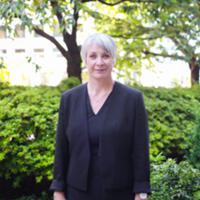 The funding should help at least 33,000 vulnerable youth find jobs or go to school and create 15,000 green jobs, said department advisor Jean-Bruno Villeneuve in an email.

“There remains a lot to do, but we know we’re on the right track,” Villeneuve wrote.

Meanwhile Forth, on the front lines of Canada’s youth employment crunch, said the challenge of finding a complicated by other realities.

High rent, rent, renovictions and the challenge of surviving on a low income can make devoting time to finding a job even harder, she said.

She wishes life in general would become easier for Vancouver’s youth.

“It would free up a lot of breathing room to be able to find work, to be able to focus on what it is you want to do and finding something that’s suitable for you.”