Malaysian oil giant Petronas has pulled the plug on what the former BC Liberal government pegged as the flagship of its failed liquefied natural gas strategy: a massive $11-billion LNG project off the coast of Prince Rupert.

An understated press release by Pacific NorthWest LNG said that, “The decision was made by the project partners following a total review of the project amid changes in market conditions.”

“We are disappointed that the extremely challenging environment brought about by the prolonged depressed prices and shifts in the energy industry have led us to this decision,” said Anuar Tib, chairman of the Pacific NorthWest LNG board. 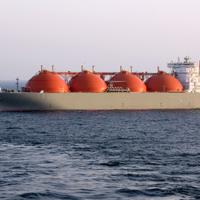 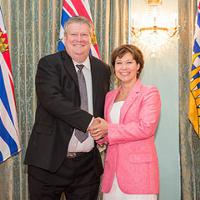 Premier, Let Us in on LNG Tax Break Talks 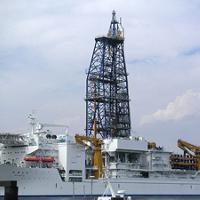 Why BC Needs an LNG Plan B

During the 2013 provincial election, Christy Clark’s BC Liberal Party massively hyped an LNG industry as the province’s economic saviour, but none of the government’s promises on jobs or revenue ever materialized.

At one time as many as 20 LNG projects were proposed for coastal communities, but not one has been built. The majority of largely Asian-backed proponents have now cancelled or deferred their projects.

As covered extensively by The Tyee, analysts have warned for years that B.C.’s LNG plans would likely amount to nothing due to global price volatility, over supply, changing markets, as well as cost over-runs for complex LNG projects in remote areas.

David Hughes, one of Canada’s foremost energy analysts, said the decision by Petronas was not at all surprising.

“The global price of LNG is the big deal, and nobody in their right mind would proceed with a project like this.”

According to Hughes, LNG developers in British Columbia would need a price of at least $9 mmBtu to pay for the cost of liquefying, shipping, and re-gasifying the methane.

The Pacific NorthWest LNG project represented Petronas’s biggest foreign investment and was regarded as a sign of Malaysia’s global energy ambitions when oil prices skyrocketed prior to 2014.

The company’s withdrawal underscores the cash revenue plight of global oil producers as well as the volatility of LNG prices.

The project was the source of endless controversy and legal challenges.

In 2016 more than 100 scientists, for example, questioned the validity of project’s federal environmental assessment and called it “flawed.” 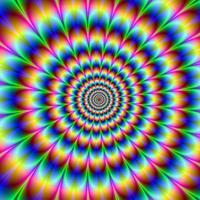 They warned, as did many First Nations, that the project as proposed would destroy valuable salmon habitat and industrialize the mouth of the Skeena River.

Petronas-owned Progress Energy, a major miner of shale gas in the northeastern B.C., will continue drilling and fracturing in the province.

That company’s hydraulic fracturing operations have caused significant earthquakes in the region.

The president of the Independent Contractors and Businesses Association (ICBA) lamented the company’s decision to scrap the uneconomic project.

“We are deeply disappointed that PNW will not go forward, as it means thousands of construction jobs will not materialize,” said ICBA president Chris Gardner.