The window of opportunity to capture Asian gas markets has eluded proposed liquefied natural gas projects in British Columbia, and as a consequence it is unlikely that any LNG projects will likely be commissioned or economic for another decade. 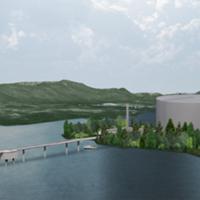 That's the central conclusion of a new study on the prospects for natural gas extraction and export in Canada by the London-based Oxford Institute for Energy Studies released earlier this month. The institute operates as a non-profit charity that has looked at the economics and politics of energy since 1982.

Despite large volumes of shale gas and government hype over the industry, the study found that changing energy markets, global price volatility, increased competition, and LNG cost overruns have dramatically changed the demand picture for high-risk and capital intensive LNG projects around the world.

Even Asian demand for natural gas has softened significantly over the last year. Demand for imported gas in Japan is now "flat," and in Korea it has "dampened," the report says.

China's thirst for natural gas has also slackened since 2010 due to pipeline expansions and the signing of long-term LNG contracts.

According to Cambridge Energy Associates, spot LNG imports into China dried up last summer, "and spot prices last winter, usually a peak demand season, were reported to be less than $7 per million BTU, from as high as $20 several years ago."

(The BTU is a standard unit of energy which represents the amount of heat energy needed to raise the temperature of a pound of water by one degree Fahrenheit. It is equal to 1055 joules, another common energy measurement.)

Furthermore, LNG construction in the United States, Australia and other countries will be bringing more gas to global markets between 2015 and 2020, explains the Oxford Institute study.

"According to this market analysis the Asian markets will be well supplied in the period 2015-2020," says the report.

Nineteen projects in the balance

The provincial government has yet to do a cumulative impact assessment on how the drilling and fracking of thousands of unconventional wells and their associated well pads, pipelines and roads would impact wildlife, fragment the land, pollute the air or affect existing economic sectors such as agriculture and forestry.

Not one liquified fractured gas project has yet made a final investment decision due to "high [capital expenditure] costs, complex environmental permitting and the individual circumstances of the project leaders," states the Oxford Institute study.

One of the leading project contenders, Pacific NorthWest LNG, is led by Petronas, the national oil company of Malaysia. But the study notes that Petronas posted net losses of US$1 billion in the fourth quarter of 2014 "due to significant asset impairment (write-downs) as a result of lower oil prices and lower revenue generated for the quarter."

To be economic, Canadian LNG projects will require gas prices of around US$10.3 to $11.6 per million BTU to break even which, in turn, requires oil prices between US$76 and $90 a barrel. (Global natural gas prices are linked to oil prices.)

As long as crude oil prices remain around US$50 per barrel, Canadian LNG projects "will not break even, unless there is a dramatic drop in construction and shipping costs," concludes the study.

In contrast, U.S. LNG projects can be built at US$6.5 to 7.5 per million BTU, which makes Canadian LNG very expensive by global standards.

The Oxford Institute study also looked at how various Canadian LNG projects would fit the medium to long-term demand for the product.

In a scenario where demand is on the lower end, only three proposed B.C. projects make the probable list. They include "Canada LNG, Pacific NorthWest LNG and a smaller LNG scheme such as Douglas Channel or Cedar LNG."

Apart from the oilsands, which now consumes about 1.6 billion cubic feet of natural gas to produce nearly 2 million barrels of oil each day, "the opportunity for natural gas to displace competing fuels in traditional space-heating and industrial markets in Canada seems to be relatively limited," the study says.

Due to the shale gas revolution in the U.S., Canadian natural gas exports to that country declined by more than 20 per cent between 2008 and 2014.

The report also found that Canadian LNG projects also "face competition with the next generation of new and brownfield Australian LNG projects which enjoy lower or similar freight costs to Asian markets."