Federal Finance Minister Bill Morneau made housing “the largest single commitment in Budget 2017,” making a start on an 11-year, $11.2-billion spending plan for “a variety of initiatives designed to build, renew and repair Canada's stock of affordable housing, and help ensure that Canadians have affordable housing that meets their needs.”

Those initiatives include responses to Indigenous housing crises on- and off-reserve, to the looming expiry of support for the maintenance of older social housing projects, and to the national epidemic of homelessness, while simultaneously promising more money for the provinces to spend on their own housing priorities.

But despite repeated call-outs to “fairness,” the Liberal government’s $315-billion 2017-2018 budget plan, Morneau left untouched the tax exemption for profits made on the sale of a primary residence – a benefit that disproportionately favours the wealthy owners of the most expensive homes.

Morneau again promised that a Liberal National Housing Strategy would be released later this year, but provided some new specifics about its contents.

The big-ticket item will be a new National Housing Fund “to address critical housing issues and prioritize support for vulnerable citizens, including: seniors; Indigenous Peoples; survivors fleeing situations of domestic violence; persons with disabilities; those dealing with mental health and addiction issues; and veterans.”

Canada Mortgage and Housing Corporation will manage the fund, which “will receive an investment of $5 billion over the next 11 years.”

Morneau said it would create a “new co-investment fund to pool resources among many housing partners, including governments, the private sector and community organizations, to prioritize large-scale community renewal projects.”

The fund will also expand an existing lending facility for “municipalities and other housing partners for the repair and renewal of housing units, as well as for the construction of new affordable housing.”

CMHC will also provide affordable housing providers with direct up-front capital to “encourage innovative approaches to housing development, such as energy efficiency retrofits to lower utility costs, and accessibility modifications to expand the range of housing options available to Canadians living with disabilities.”

Additionally, the fund will allow CMHC to continue rental subsidies for tens of thousands of low-income residents of social housing units built decades ago with government help, until their buildings “transition to more sustainable operating models.”

CMHC will also create a Sector Transformation Fund and a Technical Resource Centre, to help social housing providers, including co-ops and non-profit housing, achieve that transition.

The budget was vague, though, about what continuing baseline funding the government contemplates for affordable rental housing currently receiving subsidies under operating agreements with CMHC.

“We’ll be seeking clarification on that,” said Timothy Ross, director of strategic affairs, Cooperative Housing Federation of Canada. “I think it’s very important to understand what that baseline is.”

But Ross added that “it’s good that it doesn’t come out of the $11.26 billion that’s in this budget, that it’s over and above, and that the language is specifically about making sure that this housing remains affordable and meets the needs of those who are calling social housing and cooperative housing home.”

A $4-billion investment into on-reserve infrastructure over the next 10 years will include housing, as well as health centres, water treatment systems, and other infrastructure. This comes on top of the $8.4 billion over five years from Budget 2016 that covered a wide variety of on-reserve issues, including housing.

In the last year, the government has planned, started construction, or finished 6,000 units of on-reserve housing. But that impressive number is still only anywhere from four to 30 per cent of the need, depending on who you ask.

Off-reserve housing gets a funding pot of $225 million over 11 years, with money going towards needed repairs, renewals, rental subsidies, and new construction.

The still-to-be-announced housing strategy, Morneau promised, will provide a “road map” for a “renewed partnership between the [federal] government and provinces and territories.” It will particularly target “housing support for Indigenous Peoples not living on-reserve, [and] expanded investments to combat and prevent homelessness.” And Ottawa’s forthcoming strategy will make “more federal lands available for the development of affordable housing,” the budget plan promised.

In the meantime, Morneau’s budget earmarked $3.2 billion over the next 11 years to be handed over to provinces and territories for things like “construction of new affordable housing units; the renovation and repair of existing housing; rent subsidies and other measures to make housing more affordable,” as well as initiatives to help seniors and others with special needs.

The budget proposes to spend $2.1 billion over the next 11 years “to expand and extend funding for the Homeless Partnering Strategy beyond 2018-19,” with the highest single year’s spending planned for 2021-22 (likely after the next election) at $237 million. Another $202 million over the same 11 years is budgeted to cover the cost of making more federal properties available to affordable housing providers “at low or no cost.”

Homeless commitment a fraction of need

But the spending pales in comparison to what cities and homelessness advocates across Canada have called on Ottawa to spend. The Federation of Canadian Municipalities had urged Morneau to commit $350 million annually to the government’s Homelessness Partnering Strategy, not the $54 million it got in its first year.

For its part, the Canadian Observatory on Homelessness, a non-profit, non-partisan research institute, has estimated that a National Housing Strategy would need something closer to $43.7 billion to put an end to homelessness in Canada — about four times Morneau’s commitment. 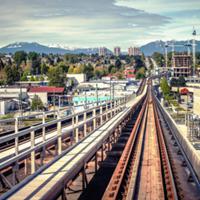 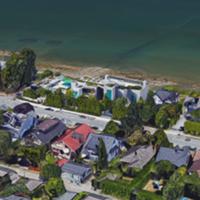 Time to End the Capital Gains Giveaway to Canadian Homeowners?

And while Morneau’s budget plan referred repeatedly to fairness as “essential to ensuring Canadians have confidence in their tax system,” he appeared to read the commitment mainly as one that “drives the Government to close loopholes and ensure that no taxpayer is able to get a tax advantage at the expense of those who pay their fair share.”

Morneau committed half a billion dollars to improve the Canada Revenue Agency’s ability to track down tax cheats. However, he left in place the unlimited primary-residence capital gains tax exemption and other benefits that, in 2011, were worth $2.7 billion to the richest one-fifth of Canadians — while they dribbled a mere $2.2 million into the pockets of the poorest one-fifth.

In recognition that housing is more than the sum of the nation’s houses and apartments, Morneau’s budget dedicated several pages to the challenge of building socially supportive communities.

One priority will be public transit improvements to fight the gridlock and pollution of daily commutes. $20.1 billion will be made available over the next 11 years for public transit projects. Funding will be determined based on the population of provinces’ and territories and the ridership of their transit networks.

Among the projects identified for funding and construction within the next decade is Vancouver’s Broadway subway extension. However, the budget scrapped the public transit tax credit that allowed riders to claim a 15 per cent tax credit on their transit passes.

The government is also giving Infrastructure Canada $300 million over 11 years to launch a Smart Cities Challenge Fund. Borrowing from a similar competition in the U.S., it’s meant to inspire competitive innovation among cities for new ideas to improve the quality of urban life, from greener buildings to smarter roads.

And the budget lined out additional funds to improve the government’s intelligence-gathering about the housing market. CMHC will receive $241 million over 11 years to collect, research, and analyze housing data. Statistics Canada gets $39.9 million to set up the Housing Statistics Framework, a nationwide database of all properties in Canada, with information on purchases, sales, homeowner demographics (including foreign ownership), and financing characteristics.