On Nov. 29 of last year, as Justin Trudeau began to reveal his decision about an oil sands pipeline to Vancouver’s harbour, he announced he was a “grandson of British Columbia” with special ties to “our spectacular West Coast.” He then granted approval of the project while admitting many British Columbians would be “bitterly disappointed.”

Most bitter, probably, were those British Columbians who voted Liberal in the last election thinking they were halting just this sort of project pushed by Harper Conservatives in the face of environmental cautions.

The go-ahead for Kinder Morgan’s Trans Mountain pipeline expansion was one of many Liberal government decisions made in the past year that likely left such voters feeling betrayed. They include approved permits for the Woodfibre LNG plant in Squamish, the Site C dam in northern B.C. and the Pacific Northwest liquefied natural gas plant near Prince Rupert, as well as helping to defeat an NDP bill meant to protect wild salmon.

Analysts have noted that Trudeau and his government may pay a high political price for backing the Trans Mountain project, given the populous ridings it affects and the extra tanker traffic and safety risks it involves.

Add fall-out from the list of other decisions above, and critics are wondering if Trudeau is either taking environmentally minded B.C. voters for granted – or just writing off some of the province in order to please other parts of the country.

One of those political casualties could be Liberal MP Terry Beech, who criticized the Trans Mountain expansion in winning the Burnaby-North Seymour riding, through which the pipeline passes. In greenlighting the project, Trudeau attempted some damage control by praising Beech as one of the “most articulate and substantive critics” of the pipeline twinning, even as he made it clear by his decision that Beech held no sway.

Beech responded by going silent for a week, before emerging to say he now supported the decision. If he’s been licking his wounds, so may be other Liberal MPs in Lower Mainland ridings who won while presenting themselves as defenders of the local environment. Coquitlam-Port Coquitlam’s Ron McKinnon released a statement disagreeing with Ottawa’s plans for the Kinder Morgan pipeline prior to its approval, then backtracked a bit. Two Liberal MPs representing parts of Vancouver, Hedy Fry and Joyce Murray (a former B.C. environment minister) both expressed disappointment with the Kinder Morgan decision.

Jody Wilson-Raybould, Minister of Justice and First Nations leader, also represents a slice of Vancouver. Before being elected, she blasted the Site C dam project for trampling Indigenous rights, but when her government backed the project she was mum. On the Kinder Morgan expansion she wrote a letter to B.C.’s Dogwood Initiative in 2015 calling the project “misguided,” but has been silent since its approval.

Next door to Beech’s riding, to the east, sits Port Moody, whose MP is New Democrat Fin Donnelly. On a recent snow blanketed December day, Donnelly walked along the far eastern edge of Burrard Inlet and explained why protecting nature matters to his suburban constituents. Port Moody is “one of those areas that’s desirable for many reasons whether you want to live, work or play here,” Donnelly said as a seal splashed around 100 metres from shore. “But there’s definitely a tremendous ecological value to this area.”

The Kinder Morgan Trans Mountain pipeline expansion will likely triple the amount of chemically thinned bitumen flowing to the area from Alberta, which could up tanker traffic in and out of the Burrard Inlet sevenfold.

Another big issue for his constituents, Donnelly said, is open ocean fish farms, which critics say can pose a threat to wild salmon. While there are no fish farms near Donnelly’s riding, he submitted Bill C-228 in Parliament on Dec. 6, hoping to see it pass with Liberal support. The bill would have required fish farms farther up the coast to move their operations into closed tanks rather than open-netted ocean enclosures to protect local salmon from any potential threats from the farmed Atlantic species.

The Liberals and Conservatives saw the bill didn’t get past second reading.

Supporting the bill was West Vancouver MP Pamela Goldsmith-Jones, a Liberal. In 2015 she told The Tyee reining in fish farms were one of the top concerns she heard from the doorsteps of her riding. The title of that article? “Tories Punished for Failing to Grasp BC’s Issues, Observers Say.”

Elements of a ‘perfect storm’

Donnelly wonders whether Trudeau, the Liberals and central Canada in general have any understanding of the will, culture and values of British Columbia’s southwest coast.

In defending his approval of sending more oil to B.C. and tankers into its waters, Trudeau was firm his government “won’t be swayed by political arguments” from locals or otherwise. A few days later, to an Edmonton room full of oil executives, Natural Resources Minister Jim Carr suggested he’d send in the military to deal with those protesting the pipeline.

But the resistance, Donnelly says, isn’t simply coming from eco-activists wearing hemp pants and dreadlocks, and he think this is where a major flaw in the Liberals’ understanding of the region lies. He gestures, on this wintry day, to the communities hugging the Burrard Inlet, a mix of housing, nature and industry set against the backdrop of lush greenery and mountains. It’s all part of the third largest metro area in Canada, but many locals still have to deal with bears in their yards and deer on their roads.

“You have multi-million dollar homeowners that don’t want either their viewscape or the potential of an oil spill ruining their real estate and the value of their investments, then you have all the professions that afford those houses.”

Across the inlet from where Donnelly stands the shore is lined with homes, some of those on the water selling for more than $5 million. In 2015 the average household income of Port Moody topped $111,000, and it’s higher in other corners of Donnelly’s riding. Take Belcarra, a hidden little gem overlooking the fjord-like north arm of Burrard Inlet. Five years ago there household incomes averaged over $187,000.

Donnelly wonders why Trudeau and his party would risk angering such residents with money, resources and something to protect. Team these locals up with dedicated environmentalists and Indigenous peoples, and you have a potential “perfect storm” of pipeline oppositions, he believes. Don’t be surprised to see something like the recent anti-pipeline protests in Standing Rock, North Dakota, he said.

Revolt of wealthy along Sea-to-Sky?

At the same time, farther to the west of Donnelly’s riding, throughout Howe Sound and West Vancouver, some of the wealthiest people in the country are gearing up to fight the Liberals on their approval of the Woodfibre LNG plant.

The federal government approved the environmental assessment conducted by the province in March last year.

The project would process and export LNG from a plant near Squamish at the base of Howe Sound, threading large tankers through a sprinkling of islands in the inlet. Those islands and Howe Sound’s shores are dotted with homes with million dollar views of the “spectacular West Coast” Trudeau referenced.

Howe Sound’s marine life was once devastated by toxic mine spillage and effluent from a pulp mill, but now, says local resident Tracey Saxby, “The herring are coming back, that means the dolphins are coming back. A lot of people are realizing just what was lost and they don’t want to lose that again.”

Saxby helped organize My Sea to Sky, a citizens’ group opposed to the plant. She said Ottawa did not do its own due diligence of the provincial assessment’s quality and didn’t seemed fussed by the number of comments opposing the project during consultation.

Air and noise pollution, plus concerns over tanker safety are some of the issues listed by Saxby.

Saxby said the federal government’s approval came despite great opposition, including from municipalities in the region. Some of those communities even passed resolutions opposing LNG tanker traffic in the sound and her group has garnered more than 10,000 signatures opposing it.

But when the the project faced its federal hurdle, newly elected Goldsmith-Jones fell in line with her government’s position, backing approval.

One person who lives overlooking Howe Sound, savouring the landscape and firmly opposed to an LNG plant on its shores, is former B.C. Socred minister and veteran talk show host and commentator Rafe Mair. Last week Mair published a year-end letter on the website he helped found, the Common Sense Canadian, telling Justin Trudeau to brace himself for “general defiance in B.C. towards unfair treatment of their beloved province.”

On Tuesday Mair, who for many years published a column on The Tyee, said he takes exception to those who imply B.C. residents are “bad Canadians” for opposing pipelines. Any efforts by Ottawa to encourage British Columbians to accept projects like Kinder Morgan’s based on making a sacrifice for Canada will not work, Mair told The Tyee. 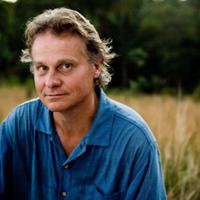 Like Donnelly, Mair predicted Trudeau and his government would face some well-organized and resourced opposition.

“Expect to see some top hats in addition to workmen’s caps,” he said. “That, I think, is the thing that Trudeau doesn’t understand. It’s not just the usual suspects that are involved in this.”

Back in Port Moody, Donnelly said the Liberals need to learn how to balance economic, cultural and ecological needs when dealing with coastal habitats.

That means starting to examine the cumulative effects of so many projects in one part of the country.

“You can’t just focus on one without thinking of the other two,” he said. “At what point do these energy projects get to the point where it’s too much? Where it’s too overwhelming?”

Ottawa’s string of decisions affecting the coast, Donnelly said, will likely come back to haunt at election time in 2019, particularly for a handful of Liberals who now own seats in the Metro Vancouver area.