Barely a day goes by without the B.C. Lower Mainland's ridiculously unaffordable housing hitting the headlines. 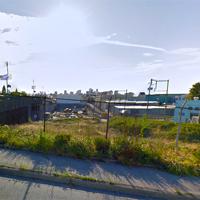 Last week, Vancouver's mayor offered up $250 million in land for what he says will be affordable housing -- but only if the Trudeau government meets and doubles that amount to actually build homes on it.

Next, the Globe and Mail published an explosive investigation into an obscure practice that's jacking up the price of real estate in the region -- a loophole that allows property to quietly change hands between investors multiple times, tax-free before it's even sold.

In the wake of Vancouver's gesture -- and the province's vow yesterday to finally get to the bottom of real estate profiteering -- we scanned three-years of solutions-oriented housing reporting to produce these nine ideas for how all governments could make things better right now, perhaps transforming our "breaking point" into a "tipping point."

"If there's a priority focus [for cities]" said Brock Carlton, director of the Federation of Canadian Municipalities, "it would be on social housing and the low-end rental."

Meanwhile, hundreds of thousands of Canadians are at risk of being priced out when government social housing funds run out in 2040.

The federal government would need to invest $2 billion a year to support existing social housing units -- almost one-third of which are occupied by seniors.

With an estimated 200,000 homeless people, clearly Canada needs more than the social housing status quo. But we can't forget about the units that already exist and are at risk of becoming unaffordable -- or condemned and torn down -- without renewed government investment.

One discovery: a mysterious inflow of money into the city's housing market is adding a $300,000 premium to local land prices, but more data is needed to understand what's going on.

Last week, Globe reporter Kathy Tomlinson revealed one way real estate speculators may be driving up prices: through the use of "contract assignment."

Several possible fixes emerged from our reporting -- most prominently collecting information on and making public who is buying Metro Vancouver real estate; how property changes hands; and how much our limited housing is left unoccupied.

Other proposals included creating a tax on flipping property (re-selling it soon after buying it); taxing or restricting non-residents from buying homes here; and closing a loophole that allows many landowners to permanently defer paying their property taxes whether or not they can afford it.

While many Metro Vancouverites have no choice but to rent, there are some who do earn enough to afford a monthly mortgage. It's usually the down payment that puts homeownership out of reach.

Enter what we called "Calgary's $2,000 homeownership hack." Thanks to the municipally owned Attainable Homes Calgary, for $2,000 upfront a family can buy a home in Cowtown, as long as they can carry a mortgage.

Years ago, Calgary figured out ways to curb prices: through bulk buying units from large developers, using city-owned land, or building their own units more efficiently, they could pass on the savings to subsidize buyers' down payments.

The catch: buyers must undergo financial literacy training, and when they sell their home they share a portion of the property value lift with the organization.

To prevent flipping, the sooner homeowners sell the municipal homes, the higher the cut they share with Attainable Homes.

Kickstarting the program cost the city $2 million; by 2013, the municipal corporation had generated more than a $5-million surplus, housing hundreds of families in the process and freeing up rental units for others.

Meanwhile, the Toronto non-profit Options for Homes has built more than 6,500 homes in southern Ontario and Montreal thanks to a creative bit of construction and development financing. Its homeowners only pay a five per cent down payment, and can borrow up to 13 per cent of the purchase price from Options with no payments until they sell or rent the suite.*

How it works: Options for Homes buys urban land for development. It then builds multi-unit apartments, finding up to 20 per cent lower costs than a for-profit developer.

When future residents buy those units, Options for Homes passes on its savings through a lower selling price. And the organization registers a second mortgage on each unit, which it repays once the unit is re-sold at a later date.

The proceeds are pumped back into the organization's $200-million capital fund, and used to buy even more land.

But if you need a car to commute, gas prices, maintenance and insurance add up until your housing doesn't feel affordable anymore.

Cities and provinces can pitch in by providing land, making their own transit investments meet the same criteria, and pre-zoning transit zone land for 30 per cent affordable housing to ensure developers take that cost into account before bidding on the plot.

If Vancouver is willing to put its own land holdings into play for affordable housing, there are alternatives to simply turning them over to developers in exchange for lower-cost units.

One such alternative is to put a covenant on the deed of the city-owned land, establishing it as a community land trust.

The idea is to permanently lock in the property as a democratically governed, multi-stakeholder entity, with affordable rental housing as one potential requirement.

In fact, that's exactly what's already been done for 350 housing units over the past two decades through the Co-operative Housing Federation of BC.

Another similar project is in the works on four plots owned by the City of Vancouver, in partnership with the co-op federation, several non-profit housing organizations, and Vancity Credit Union.

When the southeast Vancouver project is complete, it will offer 273 units at below-market rents -- an estimated $769 for a one-bedroom apartment, nearly $400 less than the city average.

The initiative has reduced rental unit costs on the site, and created new co-operative housing in an era when that tried-and-tested model is struggling financially in Canada.

6. Get inspired by Whistler and keep some homeownership non-market

The booming ski resort north of Vancouver has a gross domestic product equivalent to several Caribbean islands, and is a massive economic success story for British Columbia.

But while the money rolls in, not everyone in Whistler is as successful -- housing costs have skyrocketed, and the ordinary resort workers risk being driven out of their own community.

In response, the local municipality created a housing agency in the late 1990s to create affordable housing for Whistler's workforce.

The municipal subsidiary placed restrictive covenants on a portion of local properties that would forever protect them from land speculators driving up prices. To qualify, buyers would have to live in Whistler and not own other property.

The covenants also capped the maximum amount for which homeowners could re-sell their homes above what they paid, tying it to the consumer price index rather than supply-and-demand.

In just over a decade, the Whistler Housing Authority boasts building 1,000 affordable rental and homeownership units.

Baby boomers may be Canada's wealthiest generation, but many renting seniors don't fit that bill. B.C. is one of the few provinces with a seniors' rent subsidy: less than one-quarter of its 78,000 renting seniors receive Shelter Aid For Elderly Renters.

But B.C.'s seniors' advocate estimates only 42 per cent of seniors living on less than $30,000 a year know the subsidy exists, and its rent maximums -- $765 in Metro Vancouver for single seniors -- are much lower than average rents. That could be fixed.

Rent subsidies that take into account actual average rents would help keep both seniors and youth stay in market rate rentals, and off our streets, without sacrificing essentials like food, transit and heat.

Absent adequate housing supports on release, many Canadian criminals still exit into homelessness, increasing their likelihood of committing crimes of poverty and heading back to jail at taxpayers' expense.

Organizations like the Elizabeth Fry and John Howard societies have subsidized rental housing for ex-convicts. But the demand is greater than the supply -- when John Howard Society of Ottawa opened 34 beds to ex-cons who'd spent over six months in homeless shelters, almost 300 applicants qualified.

Funding more housing for ex-cons would help them stay on the straight and narrow, and the path to giving back to society.

Like Vancouver, San Francisco is both picturesque and the target of real estate speculators. Also like Vancouver, the Californian city has become increasingly unaffordable to ordinary working families.

But one major difference between the two is the more stringent protections the U.S. city offers to renters.

One example is its rent control law, the Residential Rent Stabilization and Arbitration Ordinance.

For all buildings constructed before 1979 -- nearly 185,000 apartments in San Francisco -- the law restricts the annual rent increase permitted to 1.9 per cent, half of what is allowed across British Columbia.

Lawfully evicted tenants are entitled to receive more than $5,000, and more if they are seniors or live with disabilities. The equivalent compensation here is less than one-third of that.

By ensuring the majority of residents who rent have stronger rights, B.C. could at once ensure being a renter doesn't mean perpetual insecurity, and at the same time boost a sense of long-term community and stability in our cities.