After a lifetime in international development, Jan Norwood hopes this election brings a return to a Canada committed to helping improve the lives of the poorest people around the world. 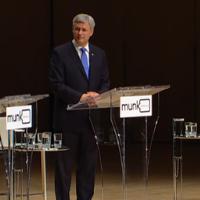 Let Me Be Clear: Fact Checking Leaders on Foreign Policy

Canadians today are far less aware and connected to foreign aid, she says.

"Most Canadians don't have any idea of how most of the world lives; we live very sheltered lives," she says. "One way Canadians used to get involved in international development was they would donate or volunteer. But with less and less development assistance -- and NGOs who don't follow Harper's ideology being audited by the Canada Revenue Agency and their funds being cut -- there are fewer and fewer Canadians who can participate."

The 68-year-old former Ottawa resident retired in 2006 and moved to Vancouver Island with her husband, a career CIDA worker.

Today, CIDA no longer exists. The Conservatives axed the 45-year-old aid agency in the 2013 federal budget, folding it into the Department of Foreign Affairs, Trade and Development. The budget also eliminated aid to some of the world's poorest countries and scaled it back for others.

The realignment signalled the Conservatives' decision to focus aid on countries where Canada has economic interests, like mining operations or trade opportunities.

"It's really sad to watch," Norwood says. "Now, what does get approved fits a political ideology rather than development priorities."

Some critics argue that bundling aid and trade together makes sense. Development assistance was always linked to Canada's economic and political interests, they say, and it's more transparent (and pragmatic) to acknowledge the reality.

And Norwood admits CIDA was "dysfunctional and tangled up" in bureaucracy, as the Conservatives argued at the time. But much of the red tape, she says, was created by the government, which increasingly demanded every spending program be approved by cabinet.

For Norwood, the change is part of a pattern. The government has reduced its peacekeeping role and involvement in international agencies like the Food and Agriculture Organization. "We've lost a lot of credibility," she says. "On the international scene, Canada was always seen as being fair, measured and balanced. But I don't think we're seen that way now."

Norwood said that whoever is elected on Oct. 19 needs to rethink Canada's role on the world stage. That should include a focus on helping the most vulnerable, without a political agenda.

"After this election," she said, "I hope that Canada returns to having an international development co-operation program that meets the needs of developing countries and the poorest people in the world. And that we deal with the broader issues that are going to become more urgent as time goes by -- like water and climate change. Those are going to affect poorer countries more than they will affect us."

What the parties promise

The Conservatives' overhaul of Canada's approach to foreign aid is arguably one of their most dramatic legacies. Most notable is the elimination of the country's international development agency. But priorities have also shifted to maternal health and promoting Canadian commercial interests.

The government spends 0.24 per cent of Canada's Gross National Income (GNI) on foreign aid today, down from 0.34 per cent five years ago -- a $670-million drop since 2011. That's far short of Canada's 1970 pledge to honour a United Nations call for wealthy nations to contribute 0.7 per cent of their GNI to foreign aid. Canada has never met that goal, although the U.K. and Scandinavian countries have.

According to the Economist, Canada's aid budget has been cut by 27 per cent since 2008.

But Prime Minister Stephen Harper disagrees, saying at the Munk leaders' debate last week that his government had increased "humanitarian assistance" by 15 per cent.

In particular, he touted his five-year-old Maternal, Newborn and Child Health initiative -- set to receive $3.5 billion by 2020 -- as a "proud" Conservative legacy. Harper said the effort has succeeded in "dramatically" reducing child and maternal mortality in the developing world.

"I know we have lots of needs of our own," he said, "but it is in our broader interest that we help people around the world when we can and when we know that that aid will actually be used responsibly and effectively."

In a Sept. 28 announcement, Liberal leader Justin Trudeau pledged that, if elected, he'd return Canada "to its role as a constructive, valued partner within the broader international community."

Trudeau lauded Harper's maternal health efforts, but criticized the Conservatives' ban on Canada funding abortions or abortion referrals overseas. "I deplore the fact that eight per cent of mothers die because of unsafe abortions," he said, "and we must be engaged in this area as well."

The abortion restriction illustrates the problem with the Conservative's foreign aid policy, Trudeau said. Harper is "a prisoner of his ideology," Trudeau charged, and as a result Canada is "not doing everything we should be doing to help mothers and the most vulnerable people around the world -- to remove people from poverty." 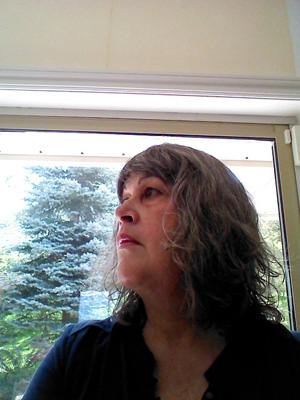 Retired development worker Jan Norwood: 'There has to be a real rethinking of what our place in the world is.'

In response to criticism from Trudeau and Mulcair about abortion funding, Harper insisted the policy makes sense because the issue would make it harder to unite a broad global coalition of countries and organizations to increase maternal and child health.

"You need to concentrate on the things that unite people," Harper said. "Saving the lives of mothers and their newborns around the world is a cause that has united people."

Meanwhile, Mulcair called it "lamentable" that Canada's foreign aid spending has fallen relative to the country's wealth. A New Democrat government would nearly triple the current level of spending to meet the UN-suggested target of 0.7 per cent of GNI.

The Green Party has also committed to meeting the 0.7-per-cent goal. Elizabeth May's party also promised to rebuild CIDA as a "force for the elimination of poverty." The Greens also promise to join a global push for a tax on international financial transactions to fund international development.

'What's come of all that work?'

CIDA is gone. Canada's aid budget has been cut and linked to trade interests. Does Norwood feel her efforts were wasted?

"I go back and forth about that," she says. "Sometimes I think, 'The world's worse off now -- what were we all doing? What's come of all that work?'"

But she can also think of times when her and her colleagues' work tangibly changed people's lives for the better.

"I still have hope for the world -- for the resilience of people and what they're able to live on with very few resources and still be very positive and happy in their lives. But there has to be a real rethinking of what our place in the world is, and returning to being more balanced and fair."