A Vancouver tech incubator and digital ad agency has denied allegations that it stole intellectual property from an app that it was co-developing, describing the claims as "categorically false." 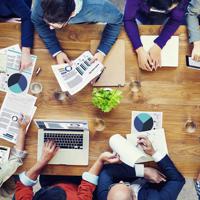 In an interview, Invoke co-founder David Tedman said the accusations against the company are "ridiculous" and says the company plans to countersue.

In it, Pixsel CEO Troy Spracklin, a Surrey, B.C. software developer, claims that he was creating an online marketplace app to challenge giants Craigslist and eBay. He joined up with Invoke, which promised to help develop the app, according to the statement of claim.

But the suit says that Invoke eventually undermined Spracklin's project, lifted his code and created a competitor.

"(Spracklin has) made a lot of really frustrating, disappointing claims that put us on the other side of a pretty terrible scenario and (we) disagree with them all," Tedman said.

"It's absolutely ridiculous to compare his product to Dario's. We're trying to build a great tech ecosystem here. It's too small a city to be doing this to people. We don't do that. We have a reputation and we want to keep it that way."

Pixsel is seeking a court order to stop Invoke from using Pixsel's confidential information and intellectual property, plus various damages.

Pixsel and Invoke made a technology partnership in the fall 2012 to make the Pixsel online classified marketplace app. The relationship fell apart the next summer, according to the statement of claim.

Pixsel claims in its court filing that Invoke missed deadlines, delivered a faulty product and ordered workers to use Pixsel's code to create a content management and marketplace app called Quietly.

None of the allegations has been proven in court and Invoke has yet to file a statement of defence.

Tedman described Pixsel as a disgruntled former client of Invoke, but declined the opportunity to address the allegations point-by-point.

"I don't want to create a conversation in the media between myself and Troy about all this. That's what the courts are designed to do, is fix this."

Tedman did, however, dispute the allegation that Invoke co-opted Pixsel's intellectual property to build Quietly.

"Web developers and designers use a lot of the same tools and language, several languages, to build this stuff in. All of this stuff will come out over the course of this case," he said.

Asked when and why the relationship went awry, Tedman said: "He didn't pay his bills. He's got a lot of money outstanding to us."

Spracklin said he asked for, but was never provided, a full and complete accounting of costs.

Invoke's star spinoff is Hootsuite, the social media dashboard, advertising and analytics company which moved in 2012 from the Downtown Eastside to Mount Pleasant after the majority Vision Vancouver city council gave it a lease in a former police building without public tender.