Capitalism as we know it, our competitive system of exchange propped up by oil, coal and gas monopolies, is being eclipsed by a new economic model based on clean, decentralized energy and the principles of sharing. That vision of the future was described by Jeremy Rifkin -- famed futurist, business professor, author of 20 books, TED Talks speaker, namedropper of China's Premier Li Keqiang, and advisor to the European Union -- at this week's Zero Waste Conference 2014 in Vancouver. 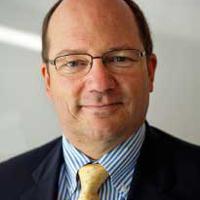 What If Canada Exported Clean Energy Instead of Oil?

"By 2050, the capitalist system is going to be totally transformed," he claimed, speaking via webcast from Spain. In Rifkin's idealized future, less and less of us will own cars, toys or other consumer goods -- we'll share them instead. Ultra-efficient 3D printers will replace our wasteful factories. Oil, coal and gas will give way to solar, wind and geothermal. And all of this will be linked through an "Internet of things" that may allow us to radically lower humankind's ecological footprint.

For Rifkin, this new economic system is emerging fastest in places like Germany, the European Union and China. "The outliers here, I must say, are Canada and the United States," he argued. Rifkin referred to America's shale oil boom and Alberta's oilsands as "old technologies moving [us] back to the 20th century." But he gave a qualifier to the delegates in Vancouver. "I would say Alberta's not all of Canada," Rifkin said, to scattered applause. "Canada should not be hostage to one region."

Rifkin's vision for the future is founded on a belief in progress and disruption. He argued that history's major economic transitions -- from hunting to farming, or from feudalism to capitalism -- were caused by rapid advances in communications, energy and transportation. When these three technologies are disrupted at the same time, he said, "they create an infrastructure that changes how we organize our economic life, our relationship to the environment and the way we organize society."

For the past century we've been living in a capitalist era defined by mass network media, cheap oil and the automobile. That era peaked in July 2008, Rifkin argued, when the price of oil hit $147 per barrel, and the global economy crashed shortly after. Online media started to kill traditional newspapers and magazines. Prices for wind, solar and other clean energy sources began to plummet. And Millennial attitudes towards automobile ownership shifted towards new models of sharing.

But what really stands to catalyze these changes into a "third industrial revolution," as Rifkin described it, is the Internet's leap from the virtual world into the physical. He thinks this "Internet of things" -- where sensors embedded throughout the global economy allow us to become radically more efficient, while sharing wind and solar energy across vast decentralized networks -- could be human society's best shot at fixing climate change. "If there's a Plan B, I have no idea what it could be," he said.

Rifkin described a compelling vision of the future for Zero Waste 2014. But it was just that: a vision. Will we be anywhere near done using oil by 2050? What other options do we have? Could there be a Plan B where "outliers" like Alberta help move society forward, instead of holding it back?

Earlier this spring, Rifkin spoke at a conference hosted by Alberta's arm's-length CCEMC, which invests climate levies from oil and coal polluters into the types of clean technologies that Rifkin believes vital for future human survival. "The vision I think overall, is not to abandon traditional forms of energy development," Kirk Andries, its executive director, said back in 2012. "But rather, as we draw down on those resources, [we should] be thinking about building up renewable forms of energy."

Andries wasn't available to respond directly to Rifkin's vision of a future where "Canada should not be hostage" to Alberta. But it's likely that both of them agree on the enormity of challenges our species faces. "We could lose up to 70 per cent of all forms of life in the next 60 years," Rifkin said in conclusion. "It's terrifying, absolutely terrifying." From that vision of planetary collapse, he pivoted back to his vision of a new economic era. "It can be done," he said. "We need to move forward."