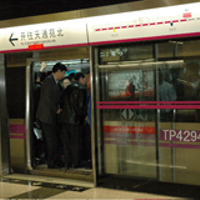 It is a risk that became reality on July 21 when the entire Expo and Millennium lines were shut down for five hours, stranding thousands of riders and forcing some to walk on tracks. According to TransLink, the power outage was caused when an experienced electrician installing a new circuit breaker for the Evergreen Line accidentally tripped the main breaker that feeds critical systems at the SkyTrain operations centre.

TransLink says the electrician was a BC Rapid Transit Company employee working at BCRTC facilities in Burnaby.

The two-hour, Feb. 13 meeting also heard that the $1.43-billion project's construction consortium, led by troubled SNC-Lavalin, is challenged by soft ground in a key area of the route.

"The largest risk retained by the Province is systems integration. The Primary Contractor's largest risk is schedule impacts due to the poor ground conditions in section 425 that required a redesign to timber piles along an active CPR line. EGRT is working with CPR on scheduling," said the minutes, released via Freedom of Information.

The Ministry of Transportation and Infrastructure said executive project director Amanda Farrell was not available for an interview and downplayed the concerns. In a prepared statement, it said the province's biggest risk related to integrating the Evergreen Line with existing SkyTrain, "which requires coordination between TransLink and EGRT Construction (the SNC-Lavalin/Graham Construction joint venture). Systems integration is being monitored closely and is proceeding on schedule."

The meeting minutes said the project is on budget, but "construction is slightly behind schedule in a few areas, but these are not on the critical path and the overall project schedule remains on track."

"This year's expenses are lower than what was forecast and unspent funds are being moved to next fiscal year."

The section 425 reference was about an area by CPR train tracks along Aberdeen Avenue in Coquitlam.

"The contractor has decided to improve ground conditions in this area using timber piles. This method is often used in areas with poor ground conditions to provide a solid base for structures," said the ministry statement. "Over 50 per cent of the timber piles are complete, and the Evergreen Line is on schedule to be complete in summer 2016 as planned."

The minutes indicated some costs have been shifted to municipalities along the route. The ministry said that regards modifications to local infrastructure, such as roads.

"The Evergreen project is responsible for restoring municipal infrastructure as the construction work is completed. If a municipality wants an enhancement on their infrastructure when it is being restored or additional scope, the Evergreen project team would look to the municipality to cover the added cost. For example, the City of Burnaby and Coquitlam are cost-sharing the enhancement of the North Road median."

The next quarterly meeting was scheduled for May 6. Those minutes have not been released.

Work on the Evergreen Line has paused at least three times since the February meeting after safety incidents.

On March 14, a 300-tonne span shifted on the guideway over Como Lake Road in Coquitlam. Later that day, a fire was reported on the tunnel site. Those happened a week after Premier Christy Clark's tunnel boring photo opportunity. On June 17, a crane gantry collapsed on North Road in Coquitlam. EGRT later blamed operator error for the incident.

On July 16, a truck carrying concrete track for the Evergreen Line crashed in Richmond on Highway 91.

SNC-Lavalin built and operates the $2-billion, 2009-opened Canada Line, which was not constructed without incident.

On Jan. 21, 2008, 22-year-old crane operator Andrew Slobodian was crushed on the Canada Line bridge. Lack of worker training and a failure by the employer to ensure the crane was operated according to specifications and regulations were among the causes. SNC-Lavalin Constructors (Pacific) Inc. was fined $81,808.13, but that was later cancelled by a WorkSafeBC review board. SNC's joint venture with Rizzani de Eccher Inc. saw its $233,535.58 fine reduced to $106,035.58 after a review.