The Tyee is a fan of iPolitics, a top source for political scuttlebutt, news and views in Canada. Bookmark it. 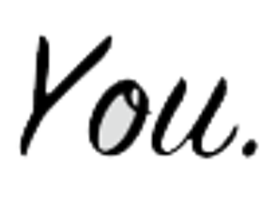 It's becoming increasingly common to see Canadians carrying coloured reusable containers to hold their water instead of the familiar clear bottles purchased in bulk from the grocery store.

But despite the push to "go green," federal government departments have spent more than $3.8 million on single-use plastic water bottles over the last three years -- even when water fountains were readily available.

So as the Harper government inches closer to its balanced budget deadline, there's one apparent New Year's resolution that could save it millions -- find an alternative to single-use water bottles.

While several departments -- including Employment and Social Development Canada, Status of Women Canada, Environment Canada and Health Canada -- have spent between $0-$99.99 on the purchase of water bottles, other departments have spent upwards of a million dollars.

The number of water bottles purchased by the Department of Foreign Affairs, Trade and Development has gone up over the last three years from $118,318 in 2010 to $136,235 this fiscal year. The department has spent a grand total of $361,128 on reusable water bottles.

But DFAIT's expenditure's pale in comparison to the Department of National Defence, which has spent more than $2.28 million on bottled water since 2010. A breakdown for the various departments within DND was not available.

Other notable departments include:

According to Agriculture Canada, bottled water represented 10.6 per cent of all non-alcoholic drink sales in 2009. Although the industry experienced a slow-down beginning in 2008, it still constitutes $22.5 million of all Canadian exports.

Although the industry provides several thousand jobs and contributes to the economy, the use of plastic water bottles has come under scrutiny in recent years by environmental groups who argue the product is wasteful and bad for the environment.

While many store-bought bottles are made from recycled material and can be tossed in your blue bin, the average American recycles them only 22 per cent of the time. It's a figure Fast Company alleges results in 38-million plastic bottles being dumped in landfills every year.

In addition to the environmental impact, anti-bottle groups also argue it is more expensive to get your recommended eight glasses of water a day from bottled water than tap water. According to the website Ban the Bottle, it costs an average of $1,400 a year to drink eight bottles of water a day compared to just 49 cents a year by drinking from the tap.