If the polls are right, the NDP is headed for a comfortable victory Tuesday. Of course, that's what they said in Alberta last year about the Wildrose party. 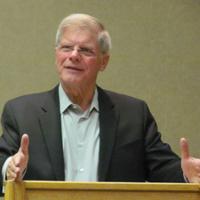 The Rise and Fall of John Cummins' Conservatives

The last polls in Alberta put Wildrose ahead of the incumbent Progressive Conservatives by six to eight points. On election night, the PCs won by a 10-point margin.

Those are large leads, given B.C. election history. But they're dramatically smaller than the 20-point leads the polls suggested in March. That collapse in New Democratic Party support has sparked talk of the Liberals' Christy Clark pulling off an upset for the ages.

You expect that kind of stuff from the Liberals and their media chums. But some well-placed New Democrats are sketching the same scenario, foreseeing a calamitous alignment of the stars that combines a better-than-expected Green party showing with a worse-than-predicted B.C. Conservative showing.

At this point in the campaign, you have to assume that everything is spin. And fretting aloud about the possibility of a Liberal win suits the New Democrats' strategy; volunteers would be spurred to work harder, supporters scared into making sure they vote and soft NDPers warned away from the Green party.

But years of losing have taught B.C. New Democrats that even the fluffiest white cloud comes with a heavy rainfall warning. And you can make a case that there may be something to their fears.

After all, look what happened in Alberta.

To start with, the B.C. Conservatives are fielding only 60 candidates in the 85 ridings. Plenty of people who have told pollsters they'd vote for John Cummins' party could turn up at the polls and discover they don't have a Conservative to vote for. Will those people end up voting Liberal?

And thanks to a paperwork screw-up, four of the party's candidates won't be identified as Conservatives on Tuesday. The word Conservative won't appear on ballots in Vancouver-Quilchena, Burnaby-Lougheed, Burnaby North and Maple Ridge-Pitt Meadows.

Quilchena would go Liberal if every other riding in the province voted Marxist-Leninist, but the two Burnaby ridings were both narrow wins for the Liberals last time out. An NDP victory on Tuesday will pretty much have to go through these two ridings. And Maple Ridge-Pitt Meadows was a very narrow NDP win in 2009.

Here are a couple of other points to make nervous New Democrats chew their nails. As the Alberta example indicates, voters can shift in big numbers at the last moment. An Angus Reid poll taken after the great Alberta spinaroonie suggests that almost 40 per cent of voters made up their minds in the last three days of the campaign -- after pollsters had stopped polling.

As pollsters always say, a poll is just a snapshot of what people were thinking at the time it was taken. The B.C. Angus Reid and Ipsos polls were conducted between Wednesday, May 8 and Friday, May 10. That leaves four days for people to rethink their decisions.

At least one more poll, from Angus Reid, is expected today. That could give us a better idea of where we stand.

One other point: University of B.C. political scientist and polling expert Richard Johnston says there may be a tendency for pollsters to underestimate the chances of incumbent parties. Johnston said in a recent interview that the tendency isn't universal, but there have been recent examples -- he mentioned Alberta, last year's Quebec provincial election and the 2004 and 2006 federal elections -- where pollsters underestimated the incumbent party's support.

But is a last-minute stampede to the B.C. Liberals likely? Alberta voters appear to have fled the Wildrose because of a late-campaign rash of bozo eruptions that leader Danielle Smith refused to disavow. The B.C. NDP has had its share of these episodes, but -- as of this writing -- it hasn't run into any big embarrassments in the late stages of the campaign.

Barring a last-minute development that ignites a stampede to the Liberals, there are a number of reasons to expect an NDP win Tuesday. Since the beginning of May, the polls have suggested a six- to 10-point gap in the NDP's favour, except for a pair of outliers. A poll from Forum Research done for the National Post put the NDP up by only two points. But, like the previous Forum poll, the sample here appears to be overloaded with respondents who say they voted Liberal or Conservative last time. (BTW, the link to the new poll requires registration.)

Meanwhile, a Justason Market Intelligence poll put the NDP ahead by 14 points. A couple of things about this one: It's the first B.C. political poll Justason has released that uses online interviews only, as opposed to a combination of phone and online interviews. The sample of 700 is smaller than most other recent polls. And Justason has shown a tendency to show a bigger gap between the NDP and Liberals than other pollsters. (See the chart here.)

Forum aside, every recent poll shows a significant NDP lead. Forum aside, even the closest polls put the Liberals no higher than the mid-30 per cent range. You need at least 40 per cent to form government.

Last BC election was close

Here's something else to keep in mind: the 2009 election was pretty close. As you can see from the table below, 17 ridings were decided by less than five percentage points in 2009; 11 went Liberal.

Ridings decided by less than five points in 2009

Another Liberal victory, Vernon-Monashee, was decided by 5.44 points.

In sports, there's a cliché that the good teams win the close ones. In '09, the Liberals won more than their share of the tight races. But all those close wins make the party vulnerable this time.

A three-point shift would have roughly reversed the two parties' popular vote standings. That shift would have given the NDP Vernon-Monashee and produced a legislature with 47 New Democrats, 37 Liberals and one Independent.

And, with the NDP's famously "efficient" vote, which is considered to be spread more evenly across the 85 ridings, the New Democrats can lose the popular vote and still win a majority in the legislature, as in 1996.

Public opinion doesn't shift uniformly, of course. Local issues and local candidates matter. For a detailed look at how the terrain has shifted since 2009, check out our Tyee Election Forecasts.

All the numbers here do give a general idea of the landscape, though. And they underline something about B.C. elections that the tightening polls have made us tend to forget: B.C. elections are almost always close. A six-point NDP win, as indicated by Friday's Ipsos poll, would be larger than all but one of the victory margins over the last 20 years. A nine-point win, as indicated by Friday's Angus Reid poll, would be the second-largest win in more than 35 years.

It's worth keeping a few things in mind about third-party threats, as well. As you can see, the Conservatives barely existed in 2009. Although they're nowhere near the 15 to 25 per cent levels they enjoyed in the April 2012 byelections, the Conservatives are still going to be a bigger factor Tuesday than they were in 2009.

And Burnaby-Lougheed, Burnaby North and Maple Ridge-Pitt Meadows -- the ridings where the Conservatives will have a blank next to their names on the ballot? None of those ridings had a Conservative candidate in '09.

The NDP has appeared terrified of the Greens during this campaign and it's true that some soft New Democrats may go Green if they think the NDP's going to win. The Greens have wisely focused their resources on their strongest ridings this time and will be a factor in parts of the Lower Mainland and especially southern Vancouver Island.

But the two ridings where the Greens have the best shot at taking a seat, Oak Bay-Gordon Head and Saanich North and the Islands went Liberal last time. They're both on the less-than-five per cent table above.

And the whole vote-splitting scenario is simplistic. Soft Liberals don't go just to the Conservatives. Soft New Democrats don't go just to the Greens. The most recent Angus Reid poll suggests that 15 per cent of 2009 Liberal voters intend to vote NDP this time. Although the Reid polls suggest some Liberals who were flirting with the Conservatives may have come back to Christy Clark, the proportion defecting to the NDP has remained stable since the beginning of the election.

Still, despite the caveats, it does appear that a lot of former Liberals have been thinking of switching to the NDP. In the unlikely event that Clark pulls off a déjà vu Alberta switcheroo Tuesday, it will probably be because those former Liberals got a late-campaign case of cold feet.