[Editor's note: For a timeline detailing the history of the Northwest Transmission Line, please scroll down to the bottom of this story.]

Call it the power line that won't stop growing. The estimated cost of BC Hydro's Northwest Transmission Line (NTL), which will extend the North American power grid into the mineral-rich northwest corner of the province, has jumped by more than 55 per cent in just two years, from $395 million to $617 million. 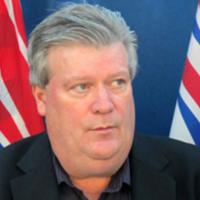 A month after this latest estimate appeared in the February 2013 budget, B.C. announced construction will begin this year to extend the same line even deeper north -- to the doorstep of the Red Chris mine (see map below in story), which is expected to be the NTL's first customer. The early cost estimate for this 93-kilometre extension is $130 million.

In true wild west fashion, grid power is coming to the northwest by 2014: across an area roughly the size of Oregon, there are at least 50 proposed industrial projects: about 20 proposed mines, 10 liquified natural gas (LNG) plants, multiple natural gas and oil pipelines, an oil refinery and more than a dozen hydro plants. Yet the future of this hinterland remains clouded, because it is impossible to know which of these projects are real and which will die on paper.

What is certain is that the costs are escalating, and will continue to grow as the province pushes the grid ever deeper north, potentially eroding the public benefit of new jobs and tax revenues from future development. That and no matter what the power line ends up costing, it's already too late to pull the plug.

"The problem with something like the NTL is that so much of the $617-million cost is already sunk, you couldn't recover that by shutting it down," says natural resource economist and SFU public policy professor Marvin Shaffer. "And if enough mines come, we will have to develop new sources of [energy] supply, and that's going to be very expensive."

Why did the cost skyrocket?

The NTL is one of the biggest Canadian transmission projects in recent memory. Stretching nearly 350 km through forest, swampland and mountainous topography, 1,100 steel towers must be erected along a right-of-way roughly tracing the existing Highway 37. The biggest tower will reach nearly 50 metres and weigh 25 tonnes. Construction started in January 2012, and as of March 2013, about 25 per cent of the tower foundation work was complete, with 90 per cent of the right of way cleared. (BC Hydro provides a tour of the route via Google Earth here.)

A lot of work remains to be done, with room for costs to grow.

"[We're]... facing unique environmental conditions not experienced elsewhere in Canada," reads a 2012 progress report from Valard, a company contracted by BC Hydro to build the line. "Heavy snows, avalanches, swollen rivers and icy gulches are regularly encountered as the team clears the transmission corridor and establishes access to the right of way."

The original "early planning level estimate" created by BC Hydro (somewhere between $395 and $404 million) simply has not played out. "Such estimates always have a high degree of uncertainty," a spokesperson for the B.C. Ministry of Energy, Mines and Natural Gas (MEMNG) wrote in an email to the Tyee. (See the timeline at the bottom of this story for more on past cost estimates.)

They say the price has been pushed upward by "higher than originally anticipated" right-of-way clearing costs. Fish and wildlife habitat compensation and mitigation has also cost more money, including the rerouting of the NTL to avoid two spawning creeks that generate most of the sockeye on the Nass River -- at an estimated cost of $10 million.

Then there are the undisclosed expenses of "impact benefit agreements" negotiated with nine First Nations along the power line route, which included jobs and contracts for right-of-way clearing and access road construction.

Who is paying what?

The NTL and its extension are currently required to do three things: power the Red Chris mine when it opens in May 2014, connect the nearby Forrest Kerr run-of-river hydro project to the B.C. grid the same year, and take the Tahltan village of Iskut off diesel generation.

Regarding the latter, the Iskut extension became a reality thanks to a $130 million contribution from the federal "Green Infrastructure Fund" -- which deemed the 93-km extension a green project because it will take this village of 300 people off dirty electricity.

B.C. finalized the terms -- see the terms here -- of the Iskut extension in late March: the owners of the Red Chris mine, Vancouver-based Imperial Metals, will build the Iskut extension itself and sell the completed line back to BC Hydro. The terms call for Imperial to pay any costs over $52 million, which means the miners should pay at least $80 million to get grid power for their mine. (Imperial Metals Exploration Manager Steve Robertson confirmed that Imperial will be on the hook for any cost overruns.)

Whether Imperial Metals will be able to raise the estimated $500 million needed to build Red Chris -- in a jittery global economic climate where long-term debt financing has all but dried up -- remains to be seen. Robertson says the company is confident it can complete its financing by June of this year.

Forrest Kerr's Alberta-based owner AltaGas is putting up $180 million to have the line built to their doorstep in the wilds of the lower Iskut River watershed. It sounds like a lot of money, but this is the same company that negotiated an unprecedented 60-year energy purchase agreement with BC Hydro in 2010. Not only is the price secret, but the deal gives AltaGas full protection from inflation over 60 years by indexing power sales to the Canadian consumer price index. The company estimates Forrest Kerr will generate annual earnings (before interest, tax, depreciation and amortization) of $100 million when it opens in 2014.

This all leaves the province currently exposed for over $300 million in costs from the NTL and the extension. The province maintains the costs of building the line will be paid by future industrial users thanks to a special tariff, although the terms and conditions of this tariff are still being negotiated as of this writing -- so it is unknown whether the escalating NTL costs will be entirely recouped.

No cost-benefit analysis has ever been conducted for the NTL, and both the NTL and the extension have been exempted from a B.C. Utilities Commission review designed to ensure the costs are in the public interest.

Historically a major power line like the NTL would require a "Certificate of Public Convenience and Necessity" from the commission: the purpose of this project review process, according to the commission itself, is to "ensure that utilities are not making unwise investments, the cost of which they will later expect to recover in rates from their customers."

The province maintains the NTL was exempted from review because it was pre-determined internally that the power line was in the public interest. "This was done because of the contribution to industrial and clean energy development NTL is expected to make," said a MEMNG spokesperson.

BC Hydro has also decided to build a much bigger transmission line than is necessary to power the Red Chris mine or feed the village of Iskut. That's because the line was planned from the outset to extend ever deeper into the northwest.

"The province determined that a larger transmission line was in the public interest as it would not only meet the needs of Red Chris, but also facilitate future industrial load growth," the MEMNG told the Tyee. "It won't be necessary to build a second line in a few year's time to support other projects."

He says B.C. mines pay about $40/megawatt hour (mw/h) for electricity, while the same unit generated by Site C -- BC Hydro's preferred future generation project -- will cost the utility $80-100 mw/h. The economics become even worse for BC Hydro if the new supply comes from independent power projects like run-of-river: in its latest Clean Power Call, BC Hydro committed to paying an average of $125/mw hour for new supply. (The implications of this go far beyond the NTL and mining -- the province has called for three LNG plants to operate on the northwest coast by 2020, which would suck enormous quantities of new electricity as well.)

Karina Brino, president and CEO of the Mining Association of B.C., says miners are not only paying for the construction of the NTL, but future mines will benefit all of British Columbians, residential ratepayers included. "It's not like this is just for the mining industry," says Brino of the NTL, adding that B.C.'s return to the provincial sales tax will see each existing B.C. mine pay about $1.5 million more for electricity each year. "I don't think it's fair to say we're getting a free ride."

Changes may be coming to industrial rates, thanks to an ongoing government task force to review B.C.'s industrial electricity policy, which is expected to wrap up in June after the election. The provincial NDP, which is leading in the polls, declined comment on this story.

But for the time being, the B.C. Utilities Commission has confirmed that industrial customers will help pay for the capital costs of the NTL -- but not for any increased costs incurred by BC Hydro in its efforts to find new supply.

"This could impose huge costs on BC Hydro ratepayers," says Shaffer, who in 2009 calculated that BC Hydro would pay at least $35 million a year in "net subsidy" to power Taseko Mines' Prosperity mine. "There are serious questions of whether the NTL should have been built before government had dealt with the industrial pricing issue."

TIMELINE: A SHORT HISTORY OF THE NORTHWEST TRANSMISSION LINE By Christopher Pollon To view the timeline from oldest to present, click the "Oldest First" button.