[Editor's note: Welcome to this daily course launched on The Tyee last Thursday, which carries through to this Friday. You can find previous instalments and catch up by going here. Scientifically trained writer Eric Nadal has created a nine-part series made up of eight short, straightforward, simple to understand classes in climate change, followed by a quiz you will be able to take -- with a certificate to hang on your wall if you pass. Climate Cadet? Gaia Geek? Smarty Boots of Atmospheric Science? Graduates are invited to put whatever they wish on their next job applications. And the planet will thank you.] 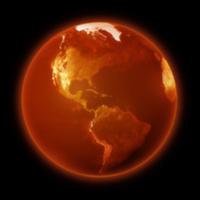 Climate, it's said, is what you expect; weather is what you get. What that means, is that climate is the long-run probability of a particular kind of weather: gray and wet in November, dry and sunny in August (in Vancouver, anyway). Weather is what happens on any given day -- which may be different from the long-run likelihood, like a cool damp day in August or a sunny one in November. But when climate changes, it also changes the likelihood of our getting certain kinds of weather, or of that weather arriving when we've come to expect it.

Warmer air can now hold more water. And it can also let go of more water at any one time. The result is bigger bursts of precipitation (either rain or snow, depending on season and location) and often flooding as a result. A warmer atmosphere and all that extra water (which releases more heat as it condenses from vapour into rain or snow) also fuel stronger, more violent storms.

Over the last century, the U.S. has experienced a 14 per cent increase in "heavy" precipitation (in the top 5 percentile of events), and a 20 per cent increase in "very heavy" precipitation (top one percentile of all events), even while total precipitation has not increased much. In just the last two years, historic floods struck from Tennessee to Pakistan to Australia. Superstorm Sandy that devastated the U.S. northeast, exemplified how storms, both inside and outside the tropics, have become more intense.

Counter-intuitively, while our climate forcing produces both more heavy downpours and flooding in some regions, it also dries out much of the planet's land surface. That's because the net effect of the extra heat we've introduced is to shift familiar climate zones toward the two poles at a speed even faster than models have predicted. Since 1975, roughly when CO2 overtook other forcing influences, global climate zones have shifted poleward by about 40 km per decade on average. They're moving even faster over land in the Northern Hemisphere, by as much as 60 to 100 km each decade.

In response, the world's high-altitude jet streams, which run loosely along boundaries between climate zones, are also shifting their tracks toward the poles. That in turn is expanding the dry subtropics that include northern Mexico and the southwestern United States. By contrast Canada, further north, is getting about 12 per cent more precipitation than half a century ago -- and 20 more "rain days" a year. So while the atmosphere is now wetter overall, more of that water is squeezed into a smaller area of the globe. To make matters worse, the extra heat at the surface means that soil in already water-deprived areas loses more of whatever precipitation it does receive to evaporation. Between 1950 and 2008, the portion of the Earth subject to at least moderate drought rose significantly, from around 15 per cent of all global land area to around 25 per cent.

And just as wild downpours are becoming more common even while overall precipitation stays about the same, "average" changes in global or regional temperatures obscure a host of unpleasant changes in daily weather. In most latitudes, heat waves are becoming longer and hotter, at the same time as cool summer nights and cold days in winter are becoming rarer.

A couple of things are particularly alarming in all of this. First, we are already seeing a dramatic response from the climate even though a great deal of the additional heat trapped by the extra greenhouse gases in the atmosphere has been soaked up by the oceans, which are very slow to warm up in response. The "thermal inertia" of the oceans' water creates a decades-long lag between the time a forcing influence begins, and the climate's full response. That tells us that we haven't yet seen the full impact of the CO2 in the atmosphere already: that will take decades more to fully emerge.

What else makes our human-induced climate forcing radical is the speed at which it's occurring. We are introducing additional energy into the climate system hundreds of times faster than the forcings that triggered the ice age cycles of the last million years, and tens of thousands of times faster than the long-term CO2 fluctuations that have shaped Earth's geological history.

The fact that we've adapted to earlier, slower changes in climate is no basis for thinking we can handle the changes our current forcing will unleash. That would be like your car taking a sharp corner much faster than you've ever attempted before. Just because you didn't lose control before at 50 km/h, doesn't mean you're safe this time if you take the corner at 150 km/h. Taking it hundreds or thousands of times faster than normal is something you would never attempt.

Congrats, you are halfway through the course!

Tomorrow: Forces trending towards a drought-ridden planet by 2100. Find the entire series so far here.