When Premier Christy Clark and aides flew to Calgary on Oct. 1, 2012 for her "frosty" 15-minute meeting about the Enbridge Northern Gateway Pipeline with Alberta's Premier Alison Redford, the airfare was just under $10,000 and British Columbians picked up the bill. 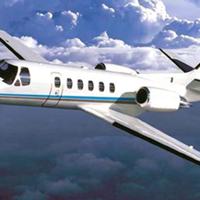 Lobbyist Gets Lift on 'Air Christy'

It wasn't a futile trip by any means. Clark had other business to tend in the Stampede City. She was the featured attraction at an evening fundraiser for the BC Liberals in the Calgary Petroleum Club, hosted by Murray Edwards, the billionaire tarsands tycoon who chairs Canadian Natural Resources and is a a part-owner of the Calgary Flames. She also gave a speech the next day to university students.

When asked by reporter about the fundraiser, Clark said: "Well, I had a private dinner when I was in Alberta but I will say this -- there are a lot of people in Alberta who have made big investments in British Columbia."

The event was conveniently sandwiched between government business and taxpayers were charged $9,800 for the London Air Services charter jet and crew.

Government rules state ministers and their staff on government business can charter aircraft only when there is no scheduled service that can meet a minister's schedule, or if the cost of a charter is "economical" compared to scheduled service.

On the noon hour flight from a private terminal on Vancouver International Airport's south side, London Air Services carried Clark, her aide Gabe Garfinkel, press secretary Mike Morton and a person whose name was censored for security reasons (but thought to be an RCMP bodyguard). Deputy minister Neil Sweeney was only on the Vancouver to Calgary leg. His seat was taken by events coordinator Katherine Bergen for the return to Vancouver.

During an Oct. 23, 2012 appearance on CKNW's Bill Good Show, Clark said "There's a protocol to make sure we get the best deal, the best value... It's no different from what other premiers have done."

Maybe it's not different, but Clark's frequency of flying is far greater and her destinations a tad more exotic.

Clark planned trip to Calgary regardless of Redford

Clark sent an open letter to Redford on Sept. 26, reiterating her five-fold demands on the proposed Enbridge pipeline, ending with "I expect to be in Calgary next week should you wish to discuss this issue further." A speaking engagement with a public policy class at the University of Calgary had been proposed to the university in mid-September by Clark's staff.

While in Calgary, Clark was interviewed via phone by CBC Vancouver's Rick Cluff and she taped an interview on CTV's Power Play.

"Most citizens would rather have their premier focusing on the systemic challenges with our fiscal situation, addressing child poverty, addressing problems in communities right across B.C., that's not necessarily best done on charter flights in and out to raise funds or to raise political awareness," said NDP house leader John Horgan. "What we need is a government that will roll up its sleeves and address the challenges of the day and that does not require charter jets."

Clark racked up a $38,600 bill on Blackcomb last July when she took four trips, including a one-day, $15,470.07 visit to Premier Brad Wall in Regina and Redford in Edmonton on July 19, 2012 with Sweeney, Garfinkel and the bodyguard.

But even with a charter jet at her disposal, Clark has passed up at least one high profile opportunity to hop on it and go. She cancelled her appearance at the 2012 Western Premiers' Meeting on May 29 in Edmonton a week before the summit and sent Jobs, Tourism and Innovation Minister Pat Bell instead. She claimed she was needed in the Legislature for budget estimates, but NDP leader Adrian Dix said he would have accommodated Clark to reschedule the committee hearing.

Clark did take one-day trips on Jan. 22, 2012 and April 23, 2012 to Burns Lake and Prince George, respectively, to comfort victims of separate sawmill explosions. At the end of June, she was in Kelowna, only a two-hour drive from flood-ravaged Sicamous. She skipped Sicamous until a July 30-Aug. 1 trip built around a political event.

On July 31, Clark appeared in Golden at the acclamation meeting for Columbia River-Revelstoke candidate Doug Clovechok. Clovechok, a former Calgarian, was the second Liberal candidate nominated for the 2013 election campaign and he hopes to knock off NDP incumbent Norm Macdonald.