I'm standing in the control room of one China's leading clean energy research labs. On the long tabletops hugging the perimeter sit rows of computer monitors, coils of thick cords, piles of circuit boards and a single tin of green tea. Professor Zhiping Qi and I proceed down three small steps onto the laboratory floor. It's a narrow room with high ceilings. Long windows at the back look out onto the Beijing campus of the Chinese Academy of Sciences. Zhiping is assistant director of the Academy's Institute of Electrical Engineering. Scientists are experimenting here with microgrid technology that could someday radically transform the way humankind powers its cities and communities.

We pass several rectangular structures about the size of filing cabinets. One has an English label that reads: "Supercapacitor Energy Storage Converter." Another is hooked up to a computer that simulates the energy of the sun. "In this way," Zhiping says, "we can test different kinds of power generation." The work Zhiping and her colleagues are doing in Beijing is being supported by researchers more than 8,600 kilometres away, in British Columbia. Zuomin Dong, professor and chair of the University of Victoria's mechanical engineering department, has known Zhiping for two decades. Several years ago he made a proposal: What if UVic's and China's leading clean energy researchers got together -- not for just another conference, but to brainstorm a wish-list of projects that could speed the global low carbon transition, and then set to work on them?

"I thought this was a great model," Dong said in a phone interview. The Canada-China Clean Energy Workshop will mark its fourth anniversary in Victoria next spring. "[The] initiative has passed its 'root establishment' period and is now starting to build its momentum and capacity," read a recent update. Research on six low-carbon projects remains very much in the early stages. Already though, proponents see a crucial alliance in the fight against global warming. "The work that you are doing," Dr. Howard Brunt, UVic’s vice-president of research, told a gathering of Canadian and Chinese scientists last year, "is absolutely critical to the future of this planet."

There's little in China's or Canada's past to suggest a shared worldview. One country's history stretches back millennia, a succession of rising and falling dynasties, marked by periods of grandeur, violence and revolution. The other country: born from compromise and handshakes, a land of rich natural resources, vast and thinly populated. This summer, a $15.1 billion bid by the China National Offshore Oil Corp. (CNOOC) to acquire Nexen, an Alberta oil sands producer, set off months of anxious debate. But in China, argued a recent Canadian International Council paper, "Canada is a distant speckle... occasionally referred to in conversations about relatives who emigrated to Vancouver or Toronto."

The global rise of clean technology -- an industry worth $1 trillion in 2010 -- is redefining traditional measures of influence. Power here derives from the most effective ideas and technology, less so geography or history. China's leadership is well aware of this fact, and has made clean energy "innovation" one of the key priorities of its latest five-year growth plan. The central government is also aware that many of the planet's most promising low-carbon solutions have originated in the liberal democracies of the West -- from places such as the University of Victoria's Institute for Integrated Energy Systems. That particular Institute was founded in 1989, with a mandate to figure out more sustainable ways of producing, storing and transmitting energy. Its research has helped advance the world's understanding of hydrogen systems and fuel cells, among other areas.

In 2008, Science Watch ranked UVic fifth in the world for scientific impact on energy and fuels, alongside Princeton, Cornell and the U.S. National Renewable Energy Lab. No Chinese university made the list. The Communist government is spending $18 billion to break the deadlock. That's the amount it allocated between 2011 and 2015 for technology research, nearly half to emerging clean solutions. China is also actively seeking collaboration with researchers from North America and Europe. "We recognize that Western culture in some aspects is more advanced than Chinese culture for innovation," Zhiping told me.

The first delegation of UVic researchers flew to Beijing in the spring of 2010. There were six of them total, all from the Institute for Integrated Energy Systems, accompanied by the university's Dr. Brunt. They met with 18 researchers from nine of China's top universities and visited 10 clean energy laboratories. "A warm-up gathering," is how UVic's Dong described it. Dong is a recognized authority on fuel cell design, electric vehicles, and other ways of optimizing our society's use of energy. His Chinese background also made him the group's unofficial ambassador. Said Dong: "The first workshop was largely my connections."

It was a congenial introduction overall, brief but promising. Things started getting more serious during the second workshop. In May 2011, over two-dozen Chinese researchers traveled to the University of Victoria. The first day, organizers created an unusual seating arrangement. They set up two columns of chairs, one facing the other. Whoever sat down would be locked into an intimate conversation with the person sitting across. Each pair of scientists, one Canadian and one Chinese, had three minutes to get acquainted before the seating arrangements shifted. Business cards flew from hand to hand. Recalled one participant: "It's sort of like speed dating."

Participants then moved into small groups, four to a table. They were encouraged to think big: what research gaps are stalling our planet's low-carbon transition, and how could China and Canada begin to fill them? A wish-list 13 projects long was created. Workshop delegates narrowed that down to six, by voting anonymously on small pieces of pink paper, and dropping the slips into a cardboard box. They picked teams and developed research plans. As the workshop came to a close the next day, Dr. Brunt made a surprise announcement: UVic would provide $60,000 in research funding. "That's not a lot of money per project," Brunt told the group, "but it's enough hopefully to get things started."

Those six projects do not sound sexy on paper. They have painfully abstract names like "Reversible Solid Oxide Systems" and "Micro & Nanoscale Transport in Porous Media." Yet it is these types of technical advancements "that may very well change society," read a write-up of the workshop. Take for instance the research area of Dong and his Chinese colleague Zhiping: "Smart Micro‐grid with Integrated EV/PHEV." Making the switch to electric vehicles (EVs), or plug-in hybrid electric vehicles (PHEVs), would be great for the climate, so long as you could find a lot of clean energy to power them. Coal-fired electricity offers little benefit.

The problem with energy from wind turbines or solar panels is that it's often intermittent and not always reliable. You could address that by building a "smart" power grid. Such a system stores energy from many sources. Smart meters then calculate precisely how much energy each home or business consumes, and pull from the grid accordingly. Some scientists envision a radically decentralized power system run off a series of "micro-grids." A new subdivision, for instance, might be powered by its own rooftop wind turbines. Residents could monitor their personal electricity flow on an iPhone, and sell power they didn’t use back into a larger grid. "What we're talking about here," read a 2009 story from Fast Company Magazine, "is potentially a shift every bit as profound as the switch from mainframes to PCs, or from landlines to cellular." 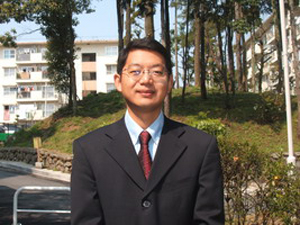 Xing-rong Zhang, director of Center for New Energy Systems, Peking University: 'Clean energy is for our future. But it is not easy.'

There are very real technical problems preventing humankind from making that shift. Neither Canada nor China can resolve them on its own. Dong and his UVic team use computer models to figure out the most effective ways of designing and controlling a smart power grid. They don't have the same hands-on experience with electric grids as Zhiping and her colleagues. China is increasingly home to world-class research facilities, including an entire community about the size of Sidney, B.C., near the Great Wall, powered by renewable energy sources. "It's a very unique testing ground," Dong said. "There's nothing comparable in Canada." Canada's and China's research strengths may ultimately derive from fundamental differences of history and geography. Yet climate change has its own urgent logic. "If we collaborate," Zhiping said, "we can make technological progress go faster."

On a bright afternoon this past September, I meet professor Xin-rong Zhang at the Delta Airport Hotel in Richmond, B.C. Zhang is director of the Center for New Energy Systems at Beijing's Peking University. He's in town for a conference on sustainable energy. We grab coffee and head to the Delta's small outdoor courtyard. Wind rustles the tree branches. There's a hollow, booming sound as airplanes descend above us. "Clean energy is for our future," Zhang tells me. "But it is not easy." Four months earlier, he attended the third Canada-China Clean Energy Workshop in Beijing. It was the biggest to date, attracting 27 Canadian researchers and 62 from China.

There was some sense among the delegates that the Workshop's roots were maturing. It was no longer, in the words of a report, just a "newly planted tree." Zhang describes his vision of the future as we sip our coffees. Nearly half of the energy released by burning coal escapes as low-level heat. If you were to develop the right technology, he says, that heat could be captured, transported, and used to warm people's homes.

"I think there are many possibilities," he says. "It just depends on what we think of and what we do in the future."

After our conversation finishes, Zhang walks with me to the hotel lobby. I wish him a safe flight back to China, and then push through the glass doors into the September sun.