By Nov. 1 three of China's national oil companies will have more power to shape Canada's energy markets as well as challenge the politics of this country than Canadians themselves. And you can thank Prime Minister Stephen Harper for this economic treason. 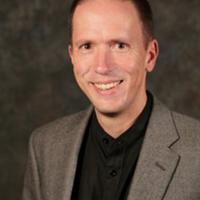 The new agreement will not only support more foreign takeovers of Canada's natural resources, but pave the way for CNOOC's dramatic $15-billion purchase of Nexen.

That controversial deal, which the majority of ordinary Canadians oppose, represents the largest-ever overseas takeover of any firm by a Chinese national oil company.

Both the trade deal and Nexen sell-off prove that no one betrays Canadian interests better than a right-wing prime minister beholden to the interests of Big Oil and the myths of free trade.

Now every literate Canadian recognizes that Harper, the libertarian economist, has been flying kites with pipeline lobbyists funded by China's national oil companies as well as the one-per-centers now ruling China for some time now.

Given that oil consumption in the United States is steadily dropping and that the incompetent petro state of Alberta has flooded the market with bitumen due to bad planning, low royalties and sheer stupidity, Harper is frantically trying to save his Tory cohorts and their special petroleum interests by peddling bitumen to Asian refiners at any cost. He’s prepared to sell out Canada in the process.

They call him Chairman

In fact "Chairman Harper" (and that's what members of his own party are calling him) crafted an Omnibus Bill last spring that cancelled federal science programs, gutted critical environmental legislation, made it easier to pollute water, centralized federal power, diminished protection for endangered species and attacked environmental groups. The bill not only makes it easier to build Northern Gateway but to serve some of the least transparent and most corrupt corporations in China: Sinopec and CNOOC.

But Harper's Omnibus Bill, which declared Canada’s formal entry into the ranks of dysfunctional petro states, was but window dressing for the Canada-China Foreign Investment Promotion and Protection Act (FIPPA). It's the most significant trade deal since NAFTA, but you won't read much about it in the national press. Given its deplorable content Harper appropriately inked the massive give-away in Vladivostok last month and then quietly tabled the deal in Ottawa without so much as a press release.

Osgoode law professor Gus Van Harten, an expert on such international doings, quickly found out why. After reading the brief document, he declared it a travesty and a formidable assault on Canada's democratic traditions. For starters the deal gives Chinese investors more rights and protections than Canadian entrepreneurs could ever win in China's incredibly corrupt markets.

Moreover the deal "allows Chinese companies to sue Canada outside of Canadian courts. Remarkably, the lawsuits can proceed behind closed doors. This shift to secrecy reverses a longstanding policy of the Canadian government."

Appallingly, the treaty would give Sinopec, one of the big Chinese backers of the Northern Gateway pipeline, the right to sue the government of British Columbia if it blocks the project. Sinopec could also demand that only Chinese labour and materials be used on the pipeline. Moreover the treaty gives Chinese state owned companies "the right to full protection and security from public opposition."

The agreement, like all bad deals, comes wrapped in totalitarian paper. The deal does not require provincial consent. It comes without any risk-benefit analysis. And it can be ratified into law without parliamentary debate. The more Harper wants to do business with China, the more he acts like another tank in Tiananmen Square. Barring a revolt within Harper's own party, the trade deal automatically becomes law on Nov. 1.

May calling for emergency debate

To date Elizabeth May, leader of the Green Party, is the only politician demanding an emergency debate in parliament on a treaty that will deliver "reduced sovereignty" and "reduced democracy" and all "for more Chinese ownership of Canada's resources." The NDP now echo her concerns.

This noxious trade deal, of course, supports an equally offensive bid for Nexen by the China National Offshore Oil Corporation (CNOOC). Now CNOOC is the smallest of China's three powerful state-owned oil companies. In recent years all have gone on a global buying spree heavily subsidized by the state to support China’s unsustainable economic growth. CNOOC is a big spender in Iran too.

Dealing with dictators or overpaying for Canadian assets is par for the course. The central goal is prevent oil shortages and minimize price shocks for an petroleum guzzling economy that is quietly imploding.

China's rulers don't give a damn about democracy or boreal wetlands but want to corner markets. Nor is CNOOC buying Nexen for that firm's under-performing and debt-ridden Long Lake steam operation in the tar sands. CNOOC, however, covets Nexen for its valuable shale gas plays in northern British Columbia, certain high performing African assets, a seven per cent stake in Syncrude, Nexen's bitumen upgrading technology and a window on the operation of the Brent oil market. As a 2012 Deloitte report put it: "The deep wallet of the Chinese government allows it to secure supplies in a way that other countries cannot."

The Chinese state, of course, can count on Natural Resource Minister Joe Oliver for extraordinary assistance in this oil game. (When not delivering Mao-like rants against so-called foreign funded radicals, Oliver has said, last year, "Our government believes that the free market is the most efficient and cost-effective means to ensure the proper allocation of resources for the development and supply of energy.")

The investment banker never explained how a highly subsidized industry whose leaders are appointed by a secretive human resource division of the Communist Party of China qualify as free market agents. But investment bankers don't live in the same world we do.

Every now and then China's new power brokers shed some clarity on their global ambitions. Chairman Wang Yilin, the comrade directing CNOOC, recently told a Beijing crowd that "Large-scale deep-water rigs are our mobile national territory and a strategic weapon." Perhaps Harper's real energy strategy is to sell out to nations with a strategy.

One prominent Chinese academic recently explained to the Washington Post how China's national oil companies (and Sinopec in particular) really worked: they "don't operate in the framework of a full market economy but operate in the framework of power," he said. Moreover, the average citizen in China recognizes these companies as highly corrupt enterprises that primarily enrich China's one per cent.

Harperites, however, call the Nexen purchase a "no-brainer" (every sell-off these days from Saskatchewan farm land to British Columbia shale gas seems to be a Tory no-brainer). In particular the Harperites say the Nexen deal will bring fresh capital to a dangerously bloated project already overproducing a third rate resource with extreme carbon liabilities and poor energy returns.

Harper's gang, you'll recall, dubbed Sinopec's $4.6 billion purchase of a nine per cent interest in Syncrude a no-brainer too in 2010. That clever deal give Asia's largest refiner the right to veto whether Syncrude upgrades bitumen in Canada or ships it raw like a good global coolie. Industry Minister Tony Clement, another robust patriot, declared the deal a "net benefit" to Canada.

But here's what Harper and the gang are not telling Canadians about CNOOC, one of Mitt Romney's favourite investments.

In 2011 Transparency International ranked the world's 105 largest companies on the basis of their openness and ability to fight corruption. CNOOC (unlike Nexen) didn’t do well. On a score of 0 to 10 CNOOC got a failing grade at a 3.9. So, too, did Petro China. In fact CNOOC kept company with such ethical firms as Philip Morris International, the Industrial and Commercial Bank of China and scandal ridden Citigroup (it also handling the Nexen deal). Not surprisingly, the company that scored the lowest (a score of 1.1) was another CNOOC comrade, the Bank of China.

In a separate 2011 report on corruption and accountability in the oil and gas industry Transparency International offered this old truth which Harper's Communist-leaning Tories might well ponder. "When revenues from the extractive sector are not managed with transparency and accountability, mineral and petroleum wealth can fuel large scale corruption, as well as poverty injustice and conflict." CNOOC, by the way, scored at the 28th percentile in that report, and just below Petro China and Sinopec.

Next comes the Bohai Bay spill scandal. Last year two offshore wells owned by CNOOC and Conoco Philips, leaked like hell and contaminated an ocean area nine times the size of Singapore killing fish and ruining tourism. The ever transparent CNOOC waited a month to confirm the spill.

The Financial Times noted that "lax environmental standards in the world's second-largest economy have left China with chronic pollution and the Bohai Bay spill last summer."

In addition a major U.S. lawsuit on behalf of U.S. investors in CNOOC accuses the company of not being in compliance with environmental laws or regulations and of concealing the extent and severity of the spill.

He reasoned that "bludgeoning Chinese investment in the oil/gas industry across many nations" will rewrite geopolitical, economic and military arrangements within the present global system. "It is a serious battle for energy resources." No kidding.

History sometimes "demonstrates that nations often stockpile oil/gas (and other energy resources) in preparation for regional conflicts and potential conflicts with energy-hungry competitors and adversaries. In the climate of worsening weather patterns, continuing global financial meltdown and increasing energy resource scarcity, the probability of a military confrontation... has dramatically heightened."

You'd never hear that sort of talk from a Harperite. Instead Harper has lowered Canadian standards to strip and ship resources. He has insulted our best trade partner, the United States. He has changed legislation to ease resource extraction. He has debased the nation’s global reputation to serve Big Oil. And he has given over certain rights and powers to China's national oil companies that effectively undermine our sovereignty. And all in the name of bitumen.

And like his new-found buddies in the Communist Party of China, Harper doesn't want to debate the issue either.