[Editor's note: In his quest to buy a home in Vancouver, reporter Luke Brocki's been through the ringer: meeting with mortgage brokers and riding with realtors, looking into supply, and pestering the mayor. Today, after a meeting with condo marketer Bob Rennie, Brocki's journey ends -- without a home to call his own, but with some ideas for the future. Find the rest of Priced Out, a series in partnership with the CBC, here.]

It's a Monday morning in early March and I'm sitting in a Chinatown café with condo marketer Bob Rennie, Vancouver's real estate guru. I'm here for some final advice on how to break into the housing market. Rennie, in a shirt and tie under a cardigan with elbow patches, takes a sip of black coffee and starts with a warning: Mayor Robertson's affordability task force, which I hope will turn up some great solutions for me, won't satisfy everyone. 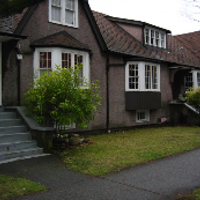 "Even the stacked townhouses Michael (Geller) is talking about, someone is going to go 'not in my backyard,' " he says. "Typically we've been putting density downtown, where there's commercial uses, office tower uses and your neighbours are much more tolerant. But now we're going out into Cambie corridor and we're going into residential neighbourhoods and there's a shock to it. Now you've got the West End resident groups, Marpole, Grandview Woodlands, there's a moratorium on development. That moratorium is only going to choke supply."

But aren't we building enough already? I ask.

"It's concentrated though, that's the problem," he says.

I'm suspicious of this man in charge of selling condos telling me we need to build more of them all over the city -- but Rennie insists we need more housing stock to catch up to current demand and then keep up with projected immigration growth.

"It's not a crime to have a business model," he says, defending his marketing empire. "And everybody can't drive home for an hour and a half. The success of Vancouver is no highways run through our city. That's the big success. So the punishment for that is we need density close to where you work. You can't have it both ways."

Yes, but all this talk of density usually ends in pilot projects, task forces and working groups. It could be years before we see any change. What am I supposed to do in the interim? I've got 30 grand to burn on the land game.

"Just go buy something and rent it out. Just get your name on title, 'cause you're going to need marbles to trade in the end," he says. "New West has transportation and it's an emerging community."

Later that day I'm out in my (landlord's) backyard planting radishes and prepping a few other garden beds when my girlfriend show up and gives me a strange hello.

"So did Bob Rennie talk you into buying as soon as possible?" she asks.

Well yes, but, no, I mean... land is only going to get more expensive, right? He says New West might be a good place to buy a rental property. And then we could just keep renting here.

"Aren't you worried about the housing bubble?" she asks.

I am, especially since recent economic research suggests I'm late to the game. A January 2012 report from BMO Capital Markets (that builds on earlier Demographia findings on price-to-income ratios) suggests overpriced housing markets exist in four major Canadian cities: Vancouver, Victoria, Toronto and Montreal. But then it explains why, using my favourite Vancouver real estate anecdote:

"Following a 159 per cent leap in prices in the past decade, Vancouver's ratio (10.0) has nearly doubled. This explains why the city is ranked the second priciest, after Hong Kong, of 325 urban centres in Demographia's annual survey comparison of prices and resident incomes. Both of these cities boast an enormous inflow of capital from non-resident Chinese nationals, a factor that has apparently boosted Toronto's home prices relative to income as well."

I write to the authors, eager to see their data on this, but senior BMO Economist Sal Guatieri replies with disappointing news: "Luke, it's based on anecdotal reports; there are no reliable data on foreign-resident purchases," he says. "If you find a good source of data, please pass it on to us."

It's all a bit like fortune-telling, isn't it? But buying a rental property continues to interest me.

Yes, there's personal financial risk, but I'd put my down payment on the line for a chance at geometric returns on the entire principal I'd borrow at the lowest rates I've ever seen. Yes, I know interest rates will likely go up, so it seems prudent to buy something well within the budget. And yes, mortgage payments would cut into money I'm currently shoving into high-interest savings accounts, unless I can charge high enough rent for the place to cover payments. Finally, this whole real estate ride could go south, in which case I might even go broke. But I can live with that.

Getting creative with co-ownership

I quickly learn buying an investment property is not as easy for me as it is for Bob Rennie. I call the mortgage broker back and she tells me I need 20 per cent down for a CMHC-insured mortgage on a rental property, leaving me a cool 30 grand short of the entry fee to the big game.

I run inside to find Mel and see what she thinks about getting a place in Halifax instead, where $350,000 still buys you a 3-bedroom detached house, and rent that out. With all those massive shipbuilding contracts, it could be an interesting place to buy property.

"But wouldn't that make you a foreign owner of sorts?" says my vegetable-eating Zeitgeist-watching moral conscience.

Well then I don't know what to do! The only way we could afford a house in Vancouver is if we find others in a similar position and buy a big old house together and cut it in half.

That actually does sound nice, so later I'm back on the MLS listings page and also on the phone with Ryan McKinley, mortgage development manager at Vancity. I hope he can tell me a bit more about this co-ownership idea.

I wonder how far I can push this Mixer Mortgage program I've read about, because I just found a 5-bedroom Vancouver Special off Kingsway for under $700,000. That's way too expensive for me, but I bet I could fashion it into two suites with little more than elbow grease, a few trips to Rona, cheap appliances and help from my friends. We could even slap a laneway house on the back of the lot, and find a third person to share title for under a million all in. That would take care of lifestyle and densification goals and maybe even get me a bit of this home equity everyone is so crazy about.

There would be extra costs via trips to lawyers and insurance agents to ensure the agreement is solid and everyone is protected, but I still think the idea warrants further study. That's assuming you'd be cool with having me as a neighbour.

A final priced out plea

Reaching the end of my hunt for an affordable Vancouver home, few things have changed: I'm still a renter in East Van, still confused by most things real estate, still searching for investment opportunities and still worried about my friends, favourite haunts and the city I proudly call home.

But I'm also a touch less ignorant about real estate. I now see it as more than just a myopic chase for equity. I realize it also exists in a social paradigm, namely as shelter, transportation, innovation and community.

On that front, barring tenure worries, I'm a very rich man: I live in a big old house with affordable rent that's a quick walk/bike/train away from most of the friends, businesses, services and community amenities that make me stubbornly cling to this wet little city like a shipwrecked sailor to a piece of flotsam.

I also realize many of my fellow Vancouverites aren't as lucky, which is why the exploration of our crazy housing market must go on. Why are housing prices so rapidly outpacing incomes in Vancouver? It seems it's a matter of building adequate density, but what does perfect density look like amid tales of high developer profits, government red tape, community concerns, limited land and declining affordability?

I hope the Mayor's Task Force on Housing Affordability will work toward Gregor Robertson's promises to examine new housing forms, alternative market models, and building code and zoning innovations -- and I hope their work will lead to real change. I encourage the city's social entrepreneurs to get together in the interim and explore ways of doing housing through new relationships between businesses, non-profits and locals that need a place to live.

And for the love of livability, please, let's figure this out soon. Because Australian friends keep telling me about parts of Melbourne possessing all the elements I love about East Vancouver, with the added bonus of interesting architecture and plenty of work for journalists.