[Editor's note: This is the fourth in a series by reporter Luke Brocki, who despite the odds continues to look for ways to break into the mythical world of Vancouver real estate. Priced Out is a partnership between The Tyee and the CBC. To hear and see more perspectives on this series, tune in to CBC Radio's On the Coast at 5:40 p.m. and watch CBC News Vancouver at 6 p.m.]

I meet Sandy Garossino at The Prophouse Cafe, one of my favourite Commercial Drive hangouts and one she's never visited before, mainly because it's too far out of her Shaughnessy neighbourhood. The former Crown prosecutor turned outsourcer, recent hopeful of civic politics and mother of Montreal elecro-pop darling Grimes shows up in a black turtleneck under a black blazer, buys her own coffee and seems to really dig the cafe's mismatched hanging lamps, gilded cat statues and leopard print upholstery. But soon enough, we're knee-deep in foreign investment talk. 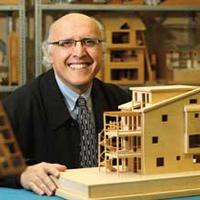 Home Ownership in Vancouver: Out of Reach?

"If you look at the investment climate everywhere, there's almost nothing better than Vancouver real estate," she starts. "The equity markets are toast, the bond markets are toast, everything is doing nothing. For a global investor, real estate might go through some rocky points, but it's not going to lose more than 10 or 15 per cent of its value and certainly not over the long haul."

So what's the problem? I challenge. Foreign investors pay property taxes like everyone else and they're not even here to use up the services those taxes pay for, from roads and parks to community centres and drinking water. I heard UBC land economist Tsur Somerville argue that's akin to free money for local residents. But Garossino says the capital foreign investors are allegedly dumping in Vancouver is creating economic growth that's not accompanied by employment growth.

"The problem isn't that capital is coming. The problem is that capital is coming and pooling in a single investment instrument that there's a compelling public interest in," she says. "We know how global capital is moving and how fluid it is and how it is attracted to residential real estate. Given the fluidity of global capital, our limited land base, our very strong need to build a knowledge economy that depends on skilled workers and an entrepreneurial class, we should have a strategy. We should have one built in right from the beginning."

We say goodbye and I bike home to see if someone's awake in Australia, since that's the country that comes up the most in discussions around foreign ownership, mainly as a jurisdiction with lessons to offer Vancouver.

I know this because I fire some questions over to the treasury Down Under, and after a decent delay an email signed simply "Communications Unit" offers a copy of a 25-year-old press release, which states that all proposed acquisitions of urban (including residential) real estate by foreign interests will require regulatory approval as of noon on Sept. 29, 1987, because "acquisitions of developed residential real estate bring less direct economic benefits than most other categories of foreign investment."

Those rules were relaxed to encourage investment in 2009 following the global financial crisis, and then tightened again in 2010 when Australia's property market entered another boom period. According to the treasury website, the 2010 amendments were meant to "ensure that foreign non-residents can only invest in Australian real estate if that investment adds to the housing stock, and that investments by temporary residents in established properties are only for their use whilst they live in Australia."

But what exactly happened between 2009 and 2010; how did Australia track foreign purchases during that period when foreign investors didn't have to apply for permission to buy? And what ultimately led to the re-tightening of the rules? I have no idea.

"Unfortunately metrics information along the lines you requested is not available, reflecting the passage of time since the changes were undertaken," I learn in an email from an unnamed treasury staffer.

So much for lessons from abroad. A few days later I connect with a frustrated Australian journalist busy filing and appealing Freedom of Information Requests to get more information on the subject, and we promise to keep in touch on respective findings. For now I've got precious little to share, since similar data is equally hard to find in Canada.

I briefly (and admittedly inconclusively) attempted the foreign ownership topic last year, seeking data from the Canadian Real Estate Association, the Real Estate Council of British Columbia and the Real Estate Board of Greater Vancouver. I was told none of them collected any numbers on foreign ownership. I asked the question again last month and this time only the council bothered to get back to me, confirming it still did not keep any data.

Then I found the Landcor Data Corporation, a company that maintains a mirror database of property data from the BC Assessment Authority (the provincial Crown corporation that assesses all properties in B.C. for tax purposes), and is the only authorized reseller of this information. It calls itself a service that estimates current market values of properties using data from the BC Assessment Authority combined with math modeling (in this case, multiple regression and a fuzzy logic algorithm).

To the contrary, parts of the report read like a real estate advertisement: "These purchasers were rewarded with price appreciation. The 2010 Olympic and Paralympic Winter Games are focusing the spotlight on Metro Vancouver and its quality of life. While the next decade will no doubt present some unexpected surprises, Metro Vancouver's long-term track record of attracting buyers seeking a desirable location and a growing economy almost certainly means that buying real estate will be rewarding."

But don't rush out (or in) to buy just yet, for it all ends with a legal disclaimer about how the report was only published as a courtesy, for general information purposes, and how the company shall never be liable for any damages that result from use of its content. A standard caveat, but one I'd rather not see in a decade-spanning report from the only authorized dealer in BC Assessment data.

Some other private researchers have been trying to understand the foreign ownership phenomenon for years. I head downtown to meet with Andy Ramlo, executive director at Urban Futures, a Vancouver firm specializing in long-range demographic forecasting. In 2011, Ramlo led an interesting study seeking to quantify the prevalence of foreign ownership in the Lower Mainland by mining BC Assessment data for tax assessment notices sent to addresses outside of Canada.

His findings stand in stark contrast to the pool of anecdotes around foreign ownership: Ramlo suggests that of all the condos sold in Vancouver in 2008 (26,731 of them), 368 assessment notices were mailed to non-Canadian addresses. That's 1.4 per cent of the total.

Ramlo's study was criticized by a few observers, who suggested its methodology failed to take into account potential intermediaries such as local numbered corporations, lawyers and property managers. But Ramlo insists it's an effective proxy measure and wants to move the affordability discussion away from foreign ownership toward issues of housing supply.

"The funny thing about 'the others' in terms of the investors, they're the ones who at least for the last decade have been providing rental housing for this market," he says, alluding to Vancouver's longtime lack of purpose-built rental units.

Ramlo says the affordability crunch stems less from foreign ownership and more from a lack of density and new housing forms. To that end, he's got a message to wealthy west side empty-nesters: "Get the hell out of there so the next generation of kids can get into that housing stock," he says, animated. "You could solve affordability issues on the west side if you allowed everything to go over to duplexes."

'Who are we trying to house?'

The only other person I found who took a serious run at the foreign ownership beast in Vancouver is Andy Yan, a chatty and gregarious researcher and urban planner at BTAworks, a research and development division of Bing Thom Architects.*

Back in 2009, Yan looked at data from BC Hydro and the City of Vancouver to determine whether most downtown condos were sitting empty, as per local realty folklore (BC Hydro classified a condo as empty if it uses less than 75 kWh of electricity per month, the city suggested a threshold of 100 kWh). Yan selected a sample of some 2,400 condos spread across 13 buildings in downtown Vancouver and found an average of 5.5 (BC Hydro numbers) to 8.5 (city numbers) per cent of units in the study population had usage rates suggesting they were sitting empty, to his mind disproving the myth that most of Vancouver's downtown apartments have absent offshore owners.

Some three years after the study, Yan tells me in a phone interview his most interesting finding wasn't even around foreign ownership.

"The big number for us that we thought was really surprising was that 50 to 60 per cent of these condos are non-owner-occupied. And I think that is by far the most interesting question. All these condos that we've created in downtown Vancouver, people are finding them better investment vehicles than places to live," he says.

He says that's likely because 53 per cent of the condos in his study sample were found to be one-bedroom units (only two units in the study population were four-bedroom units).

"Who are we trying to house? One might say that when you look at what's been built in downtown Vancouver, we're trying to house largely singles, maybe couples, but not many families."

So we're not building enough? I venture.

"The safe de facto academic response is that things are complex," he says with a laugh. "We talk about type, we talk about density, but I'm really concerned about mix."

Yan also says fun things like "the plural of anecdote is not data," which is pretty much where I stand on this foreign ownership puzzle. I'm not saying foreign capital isn't flowing into Vancouver. Hell, given the economic rise of Asia and the lengths to which politicians of all stripes go to sell Vancouver as a Pacific Rim city, I'd be surprised if it wasn't, but until you show me hard data that shows it's a problem, I say it's too soon to call for policy changes (but as long as we're throwing them out there willy nilly, how about a temporary tax on developer profits to fund a Real Estate Commission of Inquiry?). In the interim, I'm curious about this density business.

Next week: I hunt for variety and volume with an urban planner, a veteran architect and the inventor of the EcoDensity concept.