New Democratic Party leader Carole James went on the offensive Thursday while even some supporters wondered whether she can survive a challenge to her leadership without destroying the party. 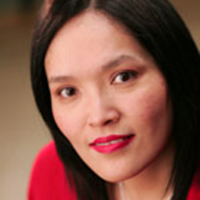 The NDP will hold an emergency caucus meeting to talk about the behaviour of NDP MLAs, James said at a press conference held 24 hours after Vancouver-Mount Pleasant MLA Jenny Kwan publicly attacked her leadership.

The meeting will include the caucus of opposition MLAs as well as officers in the NDP executive, James said. It may also include labour leaders and will be held in the next few days, she said.

"Every MLA will be held accountable for their behaviour," James said.

The NDP needs to focus on building a platform and becoming a government British Columbians can be proud of, she said. "A small minority of our caucus is not doing a good job of that."

Said James, "It is time to get on with the job we need to do."

A day earlier Vancouver-Mount Pleasant MLA Jenny Kwan released a statement blaming James for dividing the party. Kwan was first elected in 1996 and is held in high regard in some corners of the party for the years she spent as one of just two NDP MLAs in the legislature in the early years of Gordon Campbell's Liberal government's first term.

Under James' leadership debate has been stifled, decision-making centralized and individual MLAs marginalized, Kwan said. "Many are shocked at how some critical decisions are made or how caucus decisions have been later altered."

The full text of Kwan's statement can be found here.

It was Kwan, by the way, who nominated James to be leader in 2003, an irony Kwan noted in her statement.

In October James booted Cariboo North MLA Bob Simpson out of the NDP caucus for criticizing a speech she gave. Since that time Norm Macdonald has resigned as caucus chair and Katrine Conroy has resigned as party whip. Each cited concerns about how the caucus functions under James' leadership.

At least 13 NDP MLAs, not including the now independent Simpson, are on record not supporting James' leadership.

There are 34 opposition MLAs in the legislature. Sources say about 14 of them support James, while another seven are feeling caught in the middle between the two factions.

Discussion and debate are always welcome in the party, James said, adding the current crisis isn't about that. "This is about whether this caucus can show we're ready to govern in British Columbia."

An NDP government would build a better early learning and childcare system, maintain a competitive tax system and work to diversify the economy, she said. It would also call an inquiry into what happened in the sale of BC Rail.

The division in the NDP is a serious threat to the party, she said. "Now is the time to unite," she said. "It's easy to take things apart. It's much harder to take the opportunity to build things together."

James said she considered quitting. "The easy decision right now would be to step out," she said. "I have never taken the easy route. The people of British Columbia are counting on us."

She does not, however, take the criticisms from Kwan and others personally. "This is not simply about me," she said. The people who fail to support James are at odds with the direction from the last NDP convention and the recent provincial council meeting, she said. "This is an issue for our entire party and caucus."

'This is a complete disaster': Schreck

"It's not every day you see your party self destruct," said David Schreck, a former NDP MLA and strategist who is now a frequent commentator on provincial politics. "This is not a tempest in a teapot. This is a complete disaster."

The blame for the crisis belongs squarely with Kwan and the other critics of James, he said. They are a minority who are not accepting the decision of the majority, whether that's caucus or the recent provincial council meeting, he said.

The critics are disrespecting the NDP's constitution, he added. At the party's last convention it was decided there would be a leadership review in 2011, which would leave plenty of time before the 2013 election to make a change in leader, he said. Anyone wanting such a change should follow the process in place, he said.

"They are trying to drive her out and force her to resign," he said. "You can't have a situation where a minority runs the party and the caucus."

But taking a hard line comes with major risks for James and the party. Schreck said Kwan will likely be forced to leave the caucus, but perhaps some of the others can stay. "So far all 13 are not on the record as harshly as Jenny Kwan," he said. "Whether others go with her is largely their call."

It is possible that James will lose more than a third of her caucus. "Time will tell," said Schreck. "Carole and the caucus and the executive need to be prepared for the worst possible scenario."

If that happens, he said, the NDP will be unlikely to rebuild within his lifetime. The Liberals will win the next election and there will be plenty of political room for third parties to arise, he said. "Nature abhors a vacuum and the vacuum will be filled."

Asked whether low voter turnout might be evidence that vacuum already exists, Schreck argued that fewer people have been voting in democracies throughout the western world. In B.C. in 2009 the turnout was around 50 per cent, but "to lay it at Carole's feet is complete bullshit," he said.

James will have a very hard time continuing as leader, said Bill Tieleman, who worked as communications director for former NDP premier Glen Clark and contributes a weekly column to The Tyee. "It would be very difficult to see how any leader survives with the most senior member of her caucus saying their leadership abilities are essentially non-existent."

James needs to submit to a leadership contest, which she could win with a simple majority, he said. That would allow her to legitimately claim a mandate to lead. "It's certainly possible," he said.

If she hangs on it will drive both members and the public away from the party, he said. "I guess she could survive if the party is intent on marginalizing itself."

Tieleman dismissed the idea that critical MLAs are breaking democratic principles. "The MLAs are elected by the people of this province," he said. Each received thousands of votes.

In contrast, provincial council meetings are "not a major exercise of democracy," he said. "I don't think that 120 people get to decide the future of the New Democratic Party when you have 10,000 members."

There are few ways to resolve the crisis in the NDP, Tieleman said. "There has to be some way that's mutually agreeable to both sides of this dispute to resolve the issue, and the issue is Carole James' leadership."

The party elected her in 2003 and there has been no opportunity for review since then, he said. "Most modern politicians don't get two shots at it. Ask Stéphane Dion. Ask Al Gore," he said. "Most of them only get one."

The timing for questioning James may seem off, but there's never a good time, he said. "It may not be the best time, but it's certainly far worse if you let it linger another three or four months."

The BC Liberals will pick a new leader on Feb. 26 who could then call a snap election saying she or he wants a mandate from the public, not just party members. The NDP would then be stuck with a leader who has failed to keep the support of a large portion of her caucus, he said.

"You don't wait and see what happens and hope things work out," he said.

'There are genuine disagreements': Pilon

The crisis in the NDP illustrates a change in how people relate to democracy, said University of Victoria political science professor Dennis Pilon. "There are so many things about the way this has developed that suck," he said. "Isn't anyone a democrat anymore?"

People like Kwan and Bob Simpson who are saying they want their leader held accountable are labelled, by both the party and some in the media, as trouble makers and dissidents.

"These are real genuine disagreements," he said. But instead of having them aired they get cut off before the debate has a chance to happen, he said. In the media, he added, "They should be supporting this, not calling it names."

Instead of taking a hard line, James could have responded to criticism by saying the NDP is a democratic party and people have the right to question their leader, he said. The place to do it is at a convention, he added, and James could say she welcomes the chance to defend her leadership.

"It's entirely conceivable the party members would come together and say, 'We do agree with you Carole.' She would come out stronger than ever," Pilon said.

But as voter turnout hits record lows and party memberships drop, the NDP is showing it is closed to public discussion, he said. "We've got a self-replicating loop here," he said. "How do you get people to join a party? You give them a voice."

The way things are going, Pilon added, political discussions will continue to become ever more narrow.