[Editor's note: This is third in a series, running Thursdays and Fridays, by Terry Glavin profiling Afghanistan's 'unsung heroes,' a project supported by the Canada-Afghanistan Solidarity Committee and the Funders Network for Afghan Women.]

Mohammed Ishaq Faizi is a courageous, tightly-wound, bantam-weight human rights' activist from the small village of Dara, just north of Kabul. Faizi grew up fatherless and desperately poor. He worked his own way through university, and he's still only 29, but he's already a key figure in Afghanistan's agonizing constitutional experiment in reconciling sharia law with international human rights law. 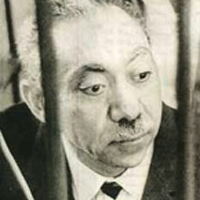 Faizi is the Afghanistan program director for the Washington, D.C.-based Global Rights organization, a network of human rights activists and jurists in 17 countries from Brazil to Bosnia-Herzegovina. He's also a lawyer and a teacher.

In the struggle for the rights of Afghan women, Faizi is not for flinching. He takes on controversial domestic violence prosecutions. He has helped women gain divorces from violent husbands. In 2008 he helped lead a Global Rights report on violence against women in 16 of Afghanistan's 34 provinces. He made enemies. But that hasn't slowed him down.

When we met at the Global Rights' office in Kabul, one minute he was down to business in a modest brown suit and tie, and the next he was outside in a track suit, playing an impromptu game of volleyball on a makeshift court. His boundless energy helps, not least because Faizi's commitments are caught up in the grinding mayhem of two global, opposing forces. But they're not the ones you might think.

'Human rights are not only from western law'

The conflict that shapes Faizi's life and work isn't between an enlightened western civil rights tradition and an obscurantist Muslim religious canon. It's between the west's occluded vision of what Afghanistan's sharia laws will necessarily and always entail, and a deeply-entrenched Afghan misapprehension that human rights are merely a foreign, western innovation.

The result sometimes erupts in international headlines. Most often, it involves innocent people getting locked away in jail in perversions of justice nobody ever hears about.

"But there does not have to be some fight between sharia and international human rights law," Faizi insists. "Human rights are not brought only from western law."

Afghanistan's 2004 constitution demands that no law must offend the Koran. But the constitution also requires that all laws must be consistent with international human rights standards and conventions. It's not going to be an easy fit, Faizi concedes. But it doesn't have to be as fractious as one might think.

Where the "west" gets it wrong is in a failure to appreciate that like the English common law tradition, sharia is a vast body of laws, most of which are inoffensive to universal human rights norms. But the semi-literate political appointees that often end up as Afghan judges also get it wrong. Sharia forbids a range of practices -- forced marriage, for one -- that are commonly presumed to be authorized by the Koran.

Further to the Koran's injunction that "there is no compulsion" in Islam, the Afghan Constitution guarantees freedom of religion, freedom of speech, the presumption of innocence, and equality between men and women.

There will be nasty conflicts in the construction of a progressive human rights regime in a terrain of backward interpretations of sharia: "The Islamic extremists, they will react against us," Faizi said. But for the moment, the Afghan people face a more formidable challenge.

"The problem is that mostly there is no fair trial," Faizi told me. "What is really important is the practice of law. We need very strong evidences in order to find a person guilty, but it does not work like this."

Even at Kabul University's law faculty, very little attention is paid to the basic standards of due process. "What we see is that the law students, they are taught theory, but not practice."

This is where Faizi's work with Global Rights comes in. His focus is on a program that gathers Afghanistan's best and brightest lawmakers, judges and prosecutors in an intensive training program that teaches law students the nuts and bolts of due process and rights protection. It sounds terribly ambitious, but it's really not that complicated.

"You should be a really honest person, to work for the people, and not to be corrupt, to really defend the human rights of the people," Faizi said. "There is a saying: 'It is better to release ten guilty persons than to convict one innocent person.' It is true."