[Editor's note: Today begins a series (running Thursdays and Fridays) about everyday heroic citizens in Afghanistan written by Victoria-based Terry Glavin, a Tyee regular contributor not at all shy about sharing his views on that country and what role Canada should play there. We asked him to explain who supported his reporting for this series and why, and here was his reply.]

This began as a joint project between the Canada-Afghanistan Solidarity Committee and the Funders Network for Afghan Women. They sent me to Afghanistan to write stories about all the people we never hear about -- ordinary and extraordinary Afghans working to rebuild their broken society. Human rights activists, young lawyers, women building alliances of entrepreneurs, teachers, soccer players, anti-poverty activists -- all these people who are just completely off the West's radar. From the outset, the Solidarity Committee has tried to get Afghan voices into the Afghanistan "debate" in Canada, and the Funders Network is an NGO that wanted North Americans to get to know the kinds of people the Network had been backing. So it was a nice fit. 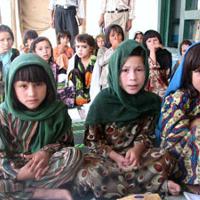 We got Afghan NGOs to pick the "heroes," and they really got behind it. We advertised in Dari and Pashto, and we were swamped with proposed candidates. In the end it came down to just figuring out a more or less representative sampling of people, mainly from Kabul, Parwan and Kandahar. That's the really interesting part, actually. You want to write about heroes in Afghanistan, all you have to do is walk down a street. The old man selling oranges and almonds on the corner, the woman in a burqa lining up every morning for her computer-training course, the craftsman rebuilding the ancient verandahs of the Murad Khane, the young horticulturalist restoring the Babur Gardens outside Kabul -- there are millions of heroes in that country. Where do you start?

That's the human landscape of Afghanistan we never even glimpse. This isn't to criticize the Canadian reporters who work embedded with our troops down in Kandahar, but think about it. At any given time, there are only maybe three or four Canadian journalists in the entire country, and they're almost always embedded behind the wire.

I've spent only a few days behind the wire in all the time I've spent in Afghanistan, but outside, there's an entire country of about 30 million people, picking up the pieces after 30 years of war and unspeakable savagery.

The way Canadians see Afghanistan is the way Afghans would see Canada if they had three or four reporters here who spent pretty well all their time in the back of a police wagon cruising Vancouver's downtown east side. That's not what Canada is about. So this "heroes" project is just our small contribution, a way of helping Canadians to see a country that actually exists in the real world, and to meet some of the people.

More than an online series

What you'll see in the Tyee series is the words and the pictures, but the project is really a traveling exhibit, like portraits in a gallery, and it's moving from place to place, wherever people want it.

It opened first in New York, and in Canada its debut was at the BC Teachers Federation convention in Vancouver, and then it went to the National Archives for an event in Ottawa. It's going all over the place now. It's being translated into Bulgarian, it's going to Estonia, and I hear some organization in Montana wants it too.

To learn how people can see the exhibit or host it, click here.

To find out about Afghan cultural, education-oriented, economic and agricultural development and fair-trade initiatves the project supports, click here.