The Employment and Assistance Appeals Tribunal is an independent government body that listens and rules when people feel they've been treated unfairly by the ministries that administer disability assistance, welfare and childcare subsidies. 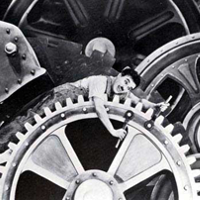 Last year the number of appeals to the tribunal jumped by 46 per cent. At the same time the office dealt with a 17 per cent budget cut by shrinking the size of panels that hear appeals and by using a computer program to train new tribunal members.

The details are included in the tribunal's annual report, released in December but previously unreported in the media. The report covers a reporting period from Oct. 1, 2008 to Sept. 30, 2009.

"For the first time, panels consisting of one member were appointed to hear an appeal," tribunal chair Marilyn McNamara wrote in the report. Since 2002, when the government created the tribunal, panels had had three members.

The one-member panels are only used in cases where a complainant agrees, the report noted. "This has been a successful endeavour and assisted the Tribunal to work within a reduced budget while appeals increased 46 per cent over the previous reporting period," wrote McNamara.

'We were concerned': Tribunal chair

Housing and Social Development minister Rich Coleman was unavailable for an interview.

A ministry spokesperson sent an email on background saying the increase in appeals is "largely due to an increase in the number of income assistance recipients in B.C." and the province has increased the ministry's budget to meet the rising demand for income assistance.

The message did not address the cut to the tribunal's budget, other than to say it "is an independent appeal body which decides what action to take to meet increased appeal numbers."

McNamara said in an interview that the tribunal has been able to achieve its goals despite the budget cut. "We were concerned," she said, but it had been clear for some time cuts were coming. "I ask, as we all ask, and then we are given . . . we're not the only group to be cut. It's right across government."

Reducing the size of panels to one or two members instead of the previously standard three people allowed the tribunal to save money not just on fees but also on travel and administration, she said. Also, using computer software to train new members has been much cheaper than previous live training, she said. The computer training is "more intense" than some of what the tribunal provided before, she added, saying she would not otherwise have approved the change.

The HSD average caseload grew by 6.2 per cent from 2007 to 2008 and by 14 per cent from 2008 to 2009, according to the most recent statistics available from the human and social development ministry. That's significant, but still far short of the 46 per cent increase in appeals.

The government does not routinely release statistics on the number of people who apply for assistance nor what portion of applicants it helps. Of the 993 appeals entered into the tribunal's computer system, 177, or about 18 per cent, were regarding matters related to eligibility.

An advocate with Vancouver's Downtown Eastside Residents' Association, Kirsty MacKenzie, said in an email that she'd read the tribunal's annual report. "The bottom line seems to be that access to justice is decreasing at the same time that the government is implementing policies that make it increasingly difficult for people to access social assistance," she said.

Treatment of the tribunal is consistent with what she's come to expect from Premier Gordon Campbell's government on poverty issues, she said. "It has become far too easy to highlight the gross disparities between what this government will spend on elite recreation and luxury development and the resources it extends in support of the most vulnerable members of our society," she said.

"Skyrocketing income inequality in the midst of plenty is Gordon Campbell's biggest legacy to this province."

The New Democratic Party's critic for HSD, Vancouver-Hastings MLA Shane Simpson, said there are several possible explanations for the leap in appeals.

One is the rising caseload, which has gone up as the provincial economy has shrunk and people have lost jobs. Another is that ministry offices are stretched. "There's every indication staffing has been cut back in the offices," he said. The time it takes to process a disability assistance application has gone from one month to as many as four, he said. "I'm starting to hear that from different places around the province."

Yet another is that the government may be trying to contain costs by refusing people assistance or keeping them at a lower level than they are entitled to receive, he said. "I think it is about them getting much tougher around some of those policies and driving up the appeal numbers," he said.

It has become harder for people to get help that would have been easily given a few years ago, said Renée Ahmadi, an advocate with Victoria's Action Committee of People with Disabilities. "There are now things people have to appeal for that before were not an issue," she said.

Getting classified as "disabled" is often a point of contention, she said. Disability assistance for a single person is $906 a month, compared to $610 a month for somebody in the "expected to work" category. But many people who should be entitled to disability assistance are being refused by the ministry, she said. "It's laughable [who is turned away]. People with cerebral palsy, people who are obviously disabled."

According to the tribunal's annual report, it heard 830 appeals of housing and social development ministry decisions and 320 of them, or nearly 40 per cent, involved whether someone should be considered to have a disability.

In a case study, one of three included in the report, it gives an example of an applicant who was not considered disabled even though he or she was waiting for surgery for a degenerative disc disease that causes "severe, chronic and debilitating back pain."

According to the person's doctor, the report said, the person was unable to walk more than a block some days, could do no lifting and couldn't sit for more than an hour. "The physician noted that the appellant required morphine daily for severe pain," it said. "The physician report stated the appellant is restricted in all daily living activities."

And yet the provincial government considered the applicant ineligible for disability assistance, leaving him or her in the category of clients considered 'employable'. The tribunal overturned the ministry's decision. *

In another case, it backed up the ministry's decision to cut off a stay-at-home, pregnant, single parent of two pre-school aged children. She had missed ten out of 29 appointments at a job placement program, making her in contravention of her employment plan.

The panel sided with the ministry, finding it had correctly and reasonably followed the provincial income assistance laws.

The NDP's Simpson said it sounds like a case where the ministry interpreted the law correctly, but that the rule needs to be changed. Before 2001, single parents receiving welfare weren't expected to work until their youngest child turned seven years old. The Liberal government changed the age to three.

"I think it raises questions about whether these eligibility requirements are fair," said Simpson, especially given how difficult it can be to find childcare. "Does it really make sense to be having these kinds of requirements?"

Overall tribunal panels confirmed the HSD ministry's decision in 580 cases and rescinded the decision in 246, so it backed the ministry about 70 percent of the time.

The tribunal also last year began hearing appeals of childcare subsidy rulings made by the ministry of children and family development. Of the eight cases it heard it confirmed the ministry decision in six of them and rescinded two of them.

"The Tribunal will continue to look for ways to work within a reduced budget while not compromising on the provision of an accessible, timely, fair, caring and ethical process for hearing appeals," the report said.